As global cryptocurrency markets continue to slide from elusive January highs, it’s becoming increasingly evident that the next “boom” may be further away than many had anticipated. Bitcoin’s price is down nearly 50% from its local January 7 high of US$17,000, and other altcoins have seen average losses of about 60% in that same time frame.

While these numbers are not encouraging indicators, what may be even more significant is the change in trading volume between then and now. Days before the January 7 high, the global trading volume of all cryptocurrencies reached a record US$71.6 billion. In the past few days, 24-hour volume has fluctuated around $15 billion. This drop-off represents an almost 80% reduction in trading activity.

This massive loss of volume suggests two realities. The first is that active traders, who may have accrued massive profits during the bull market, were shaken out due to significant losses and/or newfound patience. It’s no secret that inexperienced or otherwise unsuccessful day traders can take the biggest hits in turbulent markets, and the volume loss indicates that some of these frequent contributors saw crippling blows to their positions. This, of course, is natural, and while it’s not a generally positive influence on markets, it’s nothing to get too concerned with.

The second, much more serious reality is that general interest and conversation about cryptocurrency is down. All the new investors who found out about this great new technology over the holidays are no longer looking to purchase Bitcoin and Ethereum. It’s likely that they, too, have largely been shaken out with the extended downtrend. Google Trends supports this conclusion. Bitcoin saw its largest interest at its all-time high value of US$20,000 in December, and has since seen a drop in search interest of 80%. The term “cryptocurrency” has fared slightly better, but peak interest at the time of the global January 7 high was still 4 times what it is now, which equates to a similarly massive drop in interest of 75%. 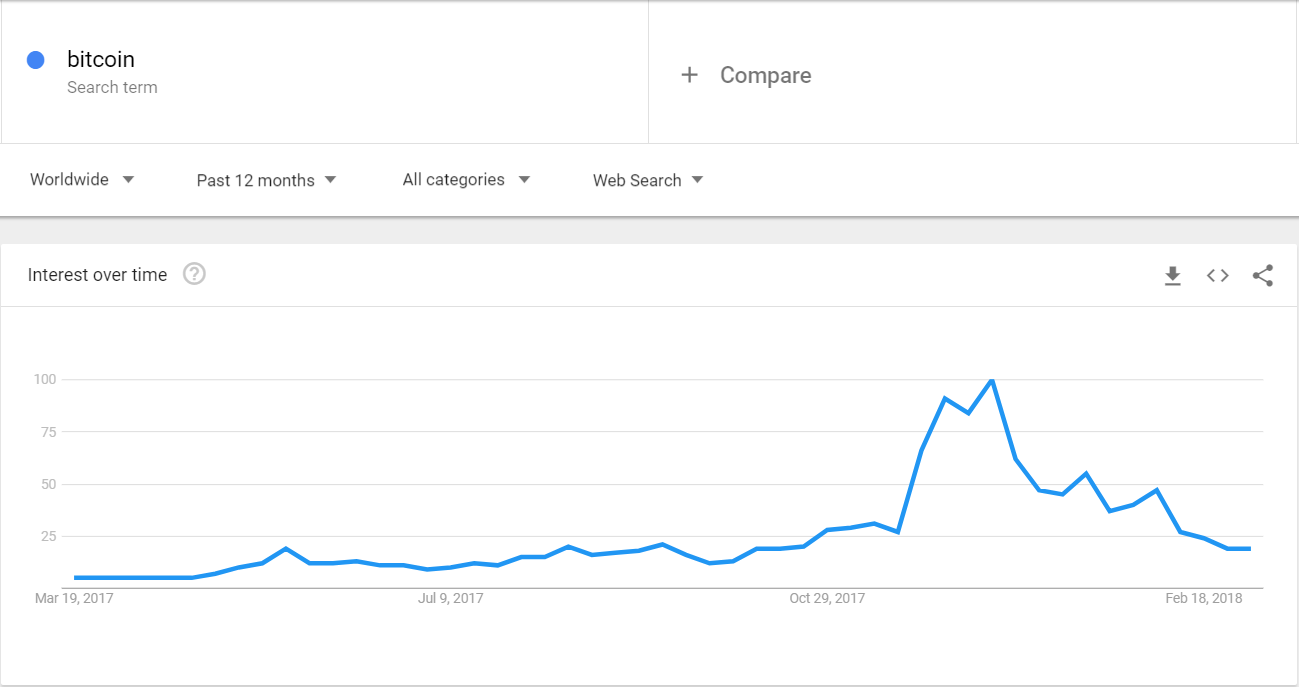 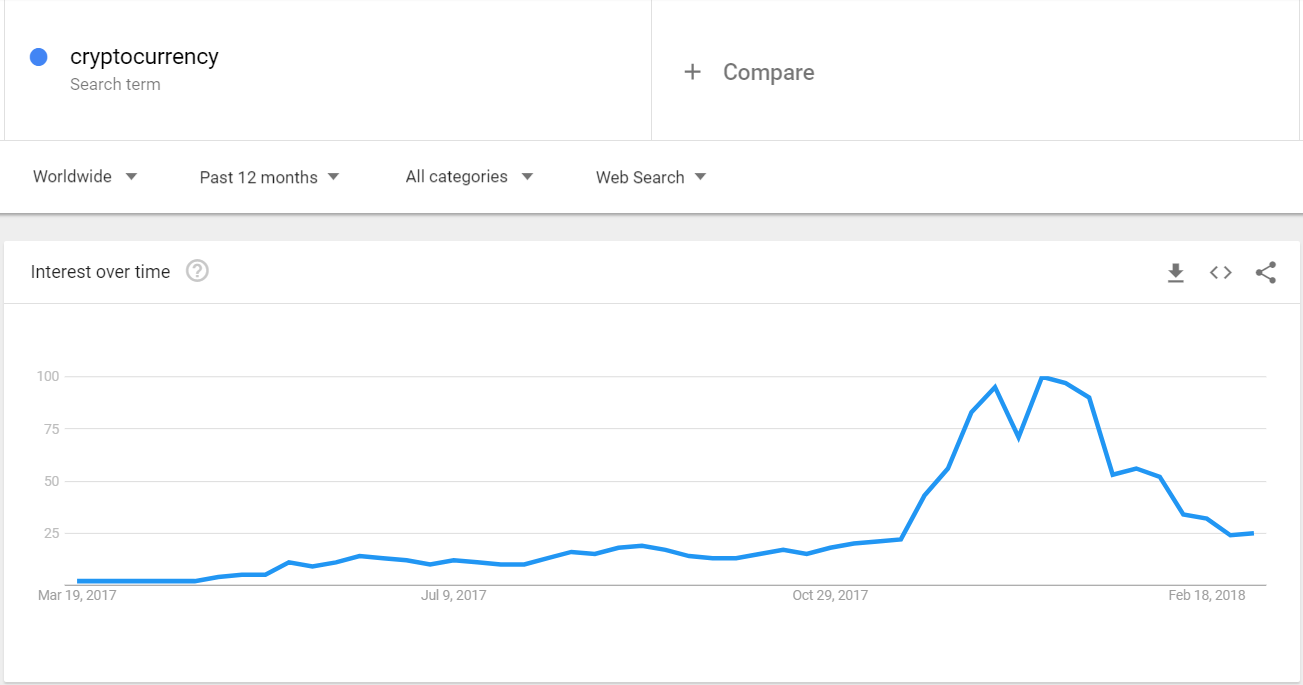 General search interest has fallen to the same level as was seen in late October, when the global cryptocurrency market cap was less than half of what it is now. If the relationship between volume and price movements holds true – that is, if volume falls at a rate greater than value does, this does not necessarily suggest coins will similarly drop back to pre-November prices. However, it still suggests that unless interest sees a trend reversal, the bear market could potentially continue for quite some time.