According to the job posting, the teamis focused on developing Goldman’s “distributed ledger technology (DLT) and blockchain efforts firmwide, including any potential initiatives in the cryptocurrency space.” The new VP will focus on identifying opportunities where blockchain and DLT “can add value.”

The posting for the position comes less than two weeks after Mathew McDermott joined Goldman Sachs as the firm’s new global head of digital assets. 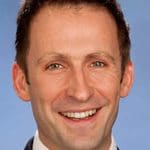 McDermott sees major growth for the blockchain sphere in the year ahead: “In the next five to 10 years, you could see a financial system where all assets and liabilities are native to a blockchain, with all transactions natively happening on chain,” he told CNBC for an article published on August 6th, the day he joined the firm.

Goldman Sachs seems to be warming to blockchain, but may be keeping a distance from currencies like Bitcoin

McDermott’s recent hiring, along with the search for the new VP, seems to indicate that Goldman may be planning on scaling up its efforts towards building its blockchain and cryptocurrency-focused products and services.

This includes the exploration of the development of a fiat-based digital token, which McDermott also mentioned in his August 6th interview with CNBC.

Specifically, McDermott said that Goldman would be would be “exploring the commercial viability of creating a fiat digital token,” adding that within the next five to ten years, “you could see a financial system where all assets and liabilities are native to a blockchain, with all transactions natively happening on chain.”

McDermott also commented that “we’ve definitely seen an uptick in interest across some of our institutional clients who are exploring how they can participate in this space.”

At the same time, however, Goldman seems to be keeping some skeptical distance from Bitcoin. The Financial Times reported that in an investors’ call this May, analysts from the firm said that Bitcoin lacks legitimacy, provided no cash flow, did not show evidence of being a hedge against inflation, and didn’t provide portfolio diversification.