In the first quarter of 2020, IG Group’s operations in the United States posted a 61 per cent growth from the previous quarter in active non-discretionary trading accounts, the strongest growth in the foreign exchange (forex) industry in the country.

As Finance Magnates reported, for the calendar quarter ended on the 31st of March 2020, IG US reported that it had 4,281 active non-discretionary trading accounts. According to Finance Magnates Intelligence, this growth was unmatched by other brokers within the United States.

Following on from this, Finance Magnates reached out to IG US to find out more on these figures. When asked how the trading provider achieved such strong results, the company said that the results were, in large part, due to its superior product and service offering. 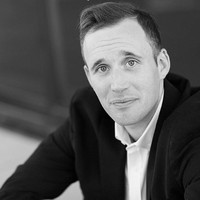 “We’re able to deliver an award-winning trading experience at a lower cost – we’re 20% cheaper on the EUR/USD vs. the top two U.S. brokers, for example – while providing 24-hour support,” Conor Shea, Head of US Marketing at IG said.

“U.S. FX traders have responded with resounding positivity to our high-touch client service, low spreads, and superior execution. Traders have expressed great appreciation that they can call us 24-hours a day if they have any questions – from account opening to execution questions, a dedicated trading expert is available to answer their questions.”

The US FX market was stagnant

According to Shea, when IG US entered the FX market in the country, the market was significantly underserved. As Finance Magnates has covered extensively, following the implementation of the Dodd-Frank Act in 2010, many brokers left the US market, leaving only a few players.

However, as regulators across the world have either tightened regulation, such as in Europe or are looking to do so, like in Australia, the United States no longer seems like such a harsh jurisdiction for FX trading.

“There was an overall lack of competition, which created higher prices and lower-level service for traders before we entered the U.S. market. We have been able to disrupt this stagnant market place by offering a better product, with better service, and better pricing,” Shea added.

“From a marketing perspective, our deep understanding of our core audience has enabled us to build a powerful digital foundation that delivers our message of our best-in-class trading experience directly to our target audience. We place a major emphasis on the entire customer journey and are able to provide the appropriate message at the appropriate touchpoints throughout this journey.”

Can IG US keep up growth as volatility lessens?

IG US has been steadily reporting an increase in retail FX accounts since it officially launched in February of last year. In the first quarter of this year, the overall growth of the US FX market combined with returning volatility due to COVID-19 was likely to have provided a boost for the online trading provider. But, with volatility tapering off in the second quarter of 2020, does IG US expect to see a similar performance in Q2 of 2020?

“Yes – we do expect to continue achieving our unmatched growth in the U.S. market,” Shea outlined. “Our superior product and best-in-class trading experience combined with our advanced marketing operations will allow us to continue the rapid expansion of our U.S. market share.

“We were on a strong growth trajectory before the increased volatility in March, where we captured an outsized portion of the surge in demand, and we have maintained this pace since and expect another strong quarter in Q2.”

Continued growth of the US FX market

Overall, the US market is growing, and, according to Finance Magnates Intelligence, is now performing better than before the Dodd-Frank Act was implemented. This was evident in the total number of active accounts in the first quarter of this year, which was 167,608.

This is the largest number of active non-discretionary retail FX customer accounts in the history of the forex market in the United States – even before the implementation of the Dodd-Frank Act and the accounts held by IG US in Q1 2020 contributed to slightly more than 2.5 per cent. Is it likely that this growth will continue? According to Shea, the answer is yes.

“We do expect to see continued growing engagement in the U.S. FX market. Overall market participation was at or near a low point when we entered the U.S. market. Some of this was the impact of regulation, as you mention, but the main end result was a lack of competition in the U.S. market. We are proud to play a part in offering U.S. FX traders a better overall trading experience, which we hope will continue to lead to an overall increase in market engagement.”