Not one to be left out, Litecoin has now had its own fork-coin after ethereum led the way in 2016 and bitcoin split to Bitcoin Cash in August 2017.

Litecoin Cash (LCC) is not as radical a change as either of those two and its only selling point seems to be a change in its algorithm to sha256, allowing bitcoin ASICs miners to mine LCC.

They are currently primarily constrained to bitcoin and bitcoin cash, but with the new fork activating earlier today, they could now use older asics gear to mine Litecoin Cash.

Contrary to what the name implies, LCC has nothing to do with BCH and in fact might even be in general opposition to big blockers who favor on-chain scaling.

That’s because LCC does not increase the blocksize and does contain segwit with its 75% punishment for on-chain scalability.

The name, therefore, seems to have been chosen only for recognition. Something which led Charlie Lee, Litecoin’s founder, to call it a scam.

We have seen no evidence that it is an actual scam. The team of developers, from a brief glance, appears unsuspicious, and this all seems to be just a fork-coin.

Perhaps unnecessary, but the market is already apparently valuing it at $3, around the same price LTC had at the beginning of 2017. That’s despite LCC creating 10 new coins for every 1 LTC up to the point of the fork. Something which would give it a decent get-go market cap of around $2.5 billion.

LTC itself does not appear to be negatively affected. In fact, it’s price increased recently from around $160 to a recent high of $240 after awareness of the fork spread with many promoting it as “free money.” 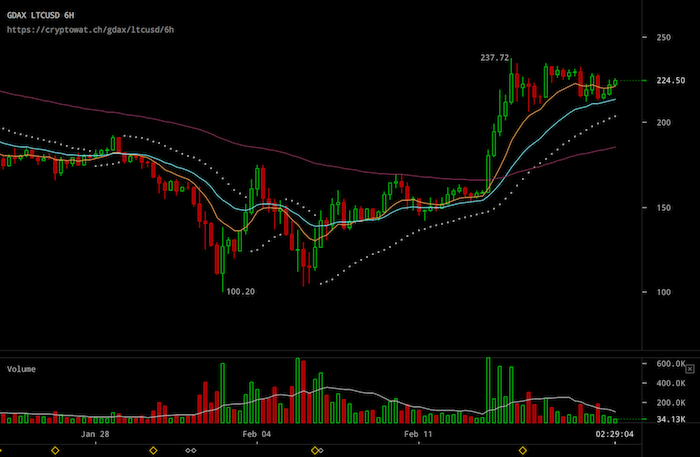 The only jibe therefore appears to be the name, but as some might recall many bitcoiners were not pleased with the litecoin name either since it sounds so similar with just a letter difference.

Another jibe we’d have is that this fork-coin is just uninteresting. Had they removed segwit and tried to be the silver to BCH, then perhaps, but as it stands, why would anyone care about bringing back old sha miners except for those that have them?

It might, however, perhaps keep LTC on their toes as the way forward might actually be not multiple clients, but multiple fork-chains with their own development teams competing with each other in a free market.