MUFG Securities, part of the world’s 5th largest bank by total assets, has just hired former BGC’s executive Stuart Taylor as its newest head of electronic trading for EMEA, Asia and the Americas.

In addition to his newly created role within MUFG’s Securities business, Taylor will also lead on consolidating the e-trading strategy and growing the business through the use of electronic trading. Based in London, Stuart will report to Atif Hayat, MUFG’s deputy global head of sales and trading.

Taylor is a veteran capital markets professional with over 25 years’ experience in investment and corporate banking. He originally started his career in 1996 with Merrill Lynch, where he stayed for nearly ten years working for the bank’s European eCommerce business. 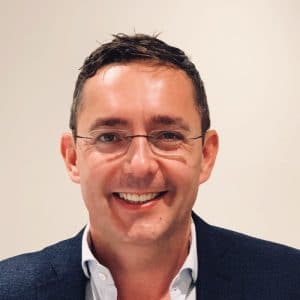 His most notable position was CEO and co-founder of bond trading software and pre-trade analytics provider Algomi. He stepped down from his role at Algomi in April 2018 after co-founding the firm in 2012.

He joins MUFG from BGC Partners where he spent nearly two years, having originally joined the interdealer broker after it finalised its acquisition of Algomi. Stu served most recently as head of credit at BGC’s Fenics business, which provides electronic trading services and software in various asset classes, including FX, derivatives and fixed income.

Other stops include the role of Managing Director at UBS, where he spent more than five years leading its fixed-income trading franchise and helped launch its flagship bond trading auction system, Bond Port.

“Stuart’s demonstrated experience and innovative streak makes him a tremendous asset to the team as we expand our product offering. I look forward to working with him to drive MUFG’s electronic trading strategy, which puts our clients and their needs first and foremost by helping them to meet their execution goals. This, in turn, increases our operational efficiency and strength in this area,” said Atif Hayat.

MUFG has recently made various operational changes in order to adapt to the dynamic global financial industry. With regard to its European operations, the company is gearing toward the looming Brexit, zeroing in on Amsterdam as a landing spot for its EU headquarters.

In contrast to Nomura, Daiwa Securities, and Sumitomo Mitsui Financial Group (SMFG), which have chosen Frankfurt, MUFG is the first major lender to relocate to Amsterdam. The move comes amidst a scramble to decide on post-Brexit strategies.