Towing a solid line as the fifth-largest coin in the world in terms of market cap, Litecoin has announced the release of Litecoin Core v0.15.1. The announcement comes just a few days after the Bitcoin Core development team released Bitcoin Core v0.16.0.

While the new Litecoin Core (an optional update) is very similar to the previous version, there are several updates designed to improve block discovery and node resources.

Perhaps most significant is the lowering of minimum transaction fees on the Litecoin network to 0.01 lites per kB (0.00001 LTC). The minimum is slated to drop even further in the next release.

Among other changes in v0.15.1, miners are able to set their desired block size according to their preference. Competing wallets are also disabled under the new LTC Core–in the past, opening the same wallet twice by making a copy of the wallet file “[caused] issues when both were opened simultaneously.”

V0.15.1 is available for download at Litecoin.org. While the announcement telling of the update describes the new version as being “heavily tested”, LTC holders interested in implementing the update are advised to “back up their wallet.dat files before upgrading.”

Despite some rather dramatic ups and downs for Litecoin, the coin has proven itself as a rather stable asset in recent months.

In early December, the coin was valued around $100; just a month later, the value had surpassed $230, down from its high of more than $360 during the December crypto boom. Following a decline back to nearly $100 in February, Litecoin has recovered to its current valuation of roughly $205. 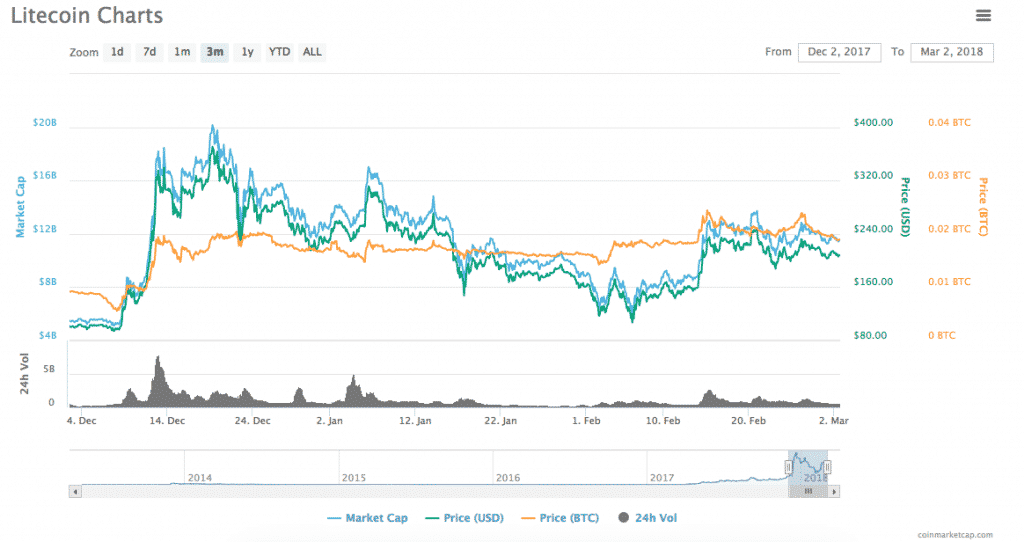 Litecoin’s colorful founder, Charlie Lee, made headlines in December when he announced on Reddit in mid-December that he had sold all of his LTC to avoid a conflict of interest.

“Satoshi Nakamoto, your move,” he wrote.