“In our effort to deliver the best possible experience across all platforms, we’ve acquired the best-in-class Poloniex app for iOS and Android! This app will now be the only officially supported Poloniex app in the App Store and Play Store.” 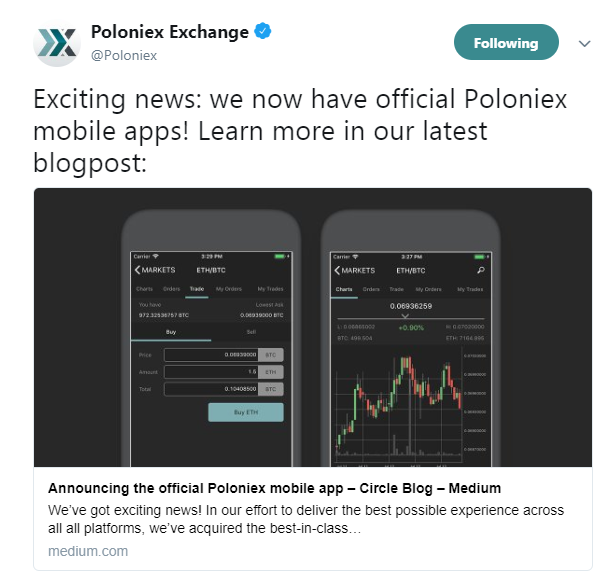 The partnership between Circle and Poloniex occurred in the month of February. This partnership produced a number of positive attributes, some of them are:

Just after the association between Poloniex and Circle was announced, Poloniex’s fees dropped by 0.1% emphasizing the efficiency of the ‘fee structures’. With the launch of Poloniex Mobile App which trades more than 65 altcoins, investors now have a greater advantage.

This launch led to mixed responses in the market.

“Pepperidge farm remmembers when you were a nice exchange… When had a trollbox and no KYC… Those were the good days, good days are gone…”

“I think you should add some coin if you want to improve the exchange faster.”