After the controversial SushiSwap exit scam that was reported last week, the crypto markets coincidentally eroded into a diminishing plunge. Towards the beginning of this week however, SUSHI is seen to have made a complete U-turn, while the general crypto markets followed a reviving bull trend.

Bitcoin is seen struggling to break key support at $10,100 but the buyers are resistant to the downward trend. In the meantime, the top cryptocurrency is left with only one choice- to revolve around the minor support at $10,150 while trying to decide further key actions. 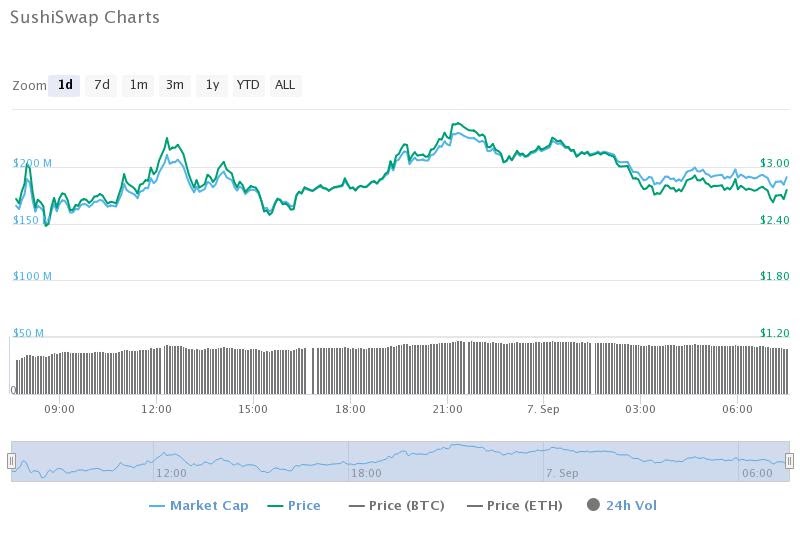 SUSHI makes the top spot on today’s list of top gainers. Although, its price, within last week was dangerously low due to an alleged exit scam purported by its creator. Converting over two million in SUSHI tokens to ETH, the shock left SUSHI’s community in disarray.

As of now, the market sentiment towards SUSHI is very conservative. With around 50% pessimism, traders believe the tokens may soon plunge into another bear market.

The token is only about 2 weeks old and has made around 15% loss since last week. No other timeframe exist except for lower daily in which the coin amazed around 100%.

SUSHI is now changing hands at $2.77 amid a market cap hovering around $178 million. 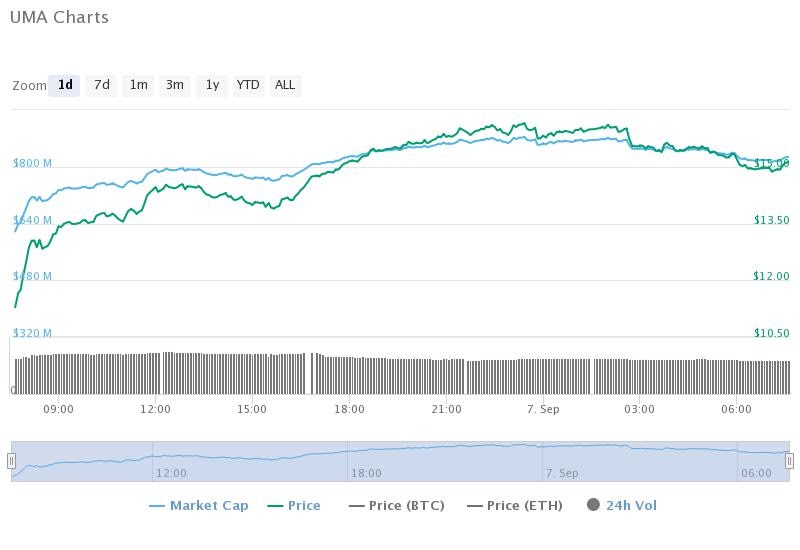 UMA managed to rise up the charts and ranks over the past couple of day. Now conveniently trending above the $14 price level, the crypto is now ranked 25th by market capitalization according to Coingecko.

UMA retains about 78% market optimism and as its market cap touches $810 million. In the meanwhile, the coin gained almost 37% in 24 hours as its exchange volume strides towards $19 million approximately. 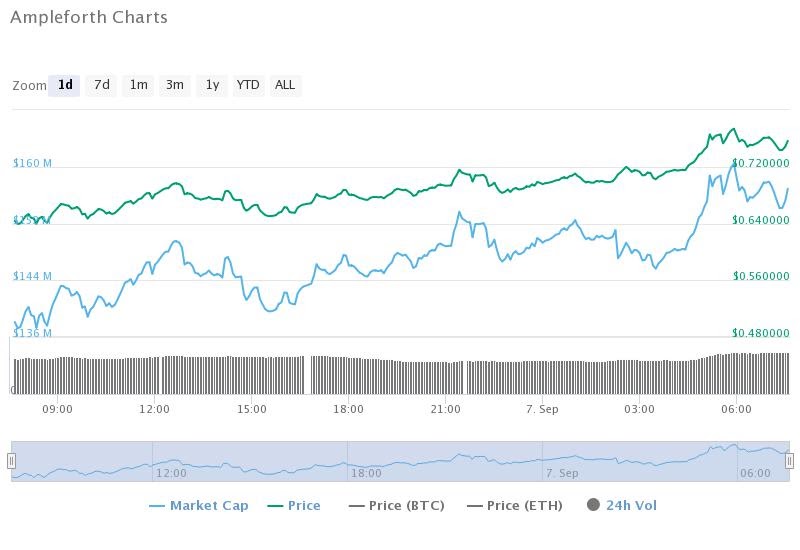 AMPL receives the top acknowledgment amidst this wave of dominating gainers with a 21.47% daily profit.

Ampleforth lists this income as a continuation to the bull run of last week, which in turn, is initiating a buying pressure within the last 24 hours

AMPL is instantly trading at $0.77 around a market capitalization of $185 million. The coin’s exchange volume in the last 24 hours is approximately $24.7 million.

Farther this level, the more level of key resistance fibs at $0.8 where prices have been examined before.