Even though the Bitcoin (BTC) hash rate has experienced a sharp decline in recent weeks, the head of research at Blockchain .com, Garrick Hileman is not concerned.

Blockchain .com was founded in 2011 by dissenting members of another early crypto start up — Coinbase. It was one of the first providers of Bitcoin analytics, eventually expanding its services to include a non-custodial wallet, exchange, and crypto lending platform. The company also coined the term “hash rate” as a metric that “estimates [the] number of terahashes per second the Bitcoin network is performing.”

The Bitcoin hash rate tends to be highly volatile. It dropped to the lowest point of the year — 76 million TH/s, on March 25 before setting a number of all-time highs following Bitcoin’s most recent block halving. This latter trend ultimately culminated in a hash rate of 161 million TH/s on Sep 25.

A month later, however, this trend reversed itself, with the hash rate dropping to 95 million TH/s on Oct 27. While the definitive cause remains unknown, some have suggested that the most recent drop was caused by the seasonal migration of Bitcoin miners in China. 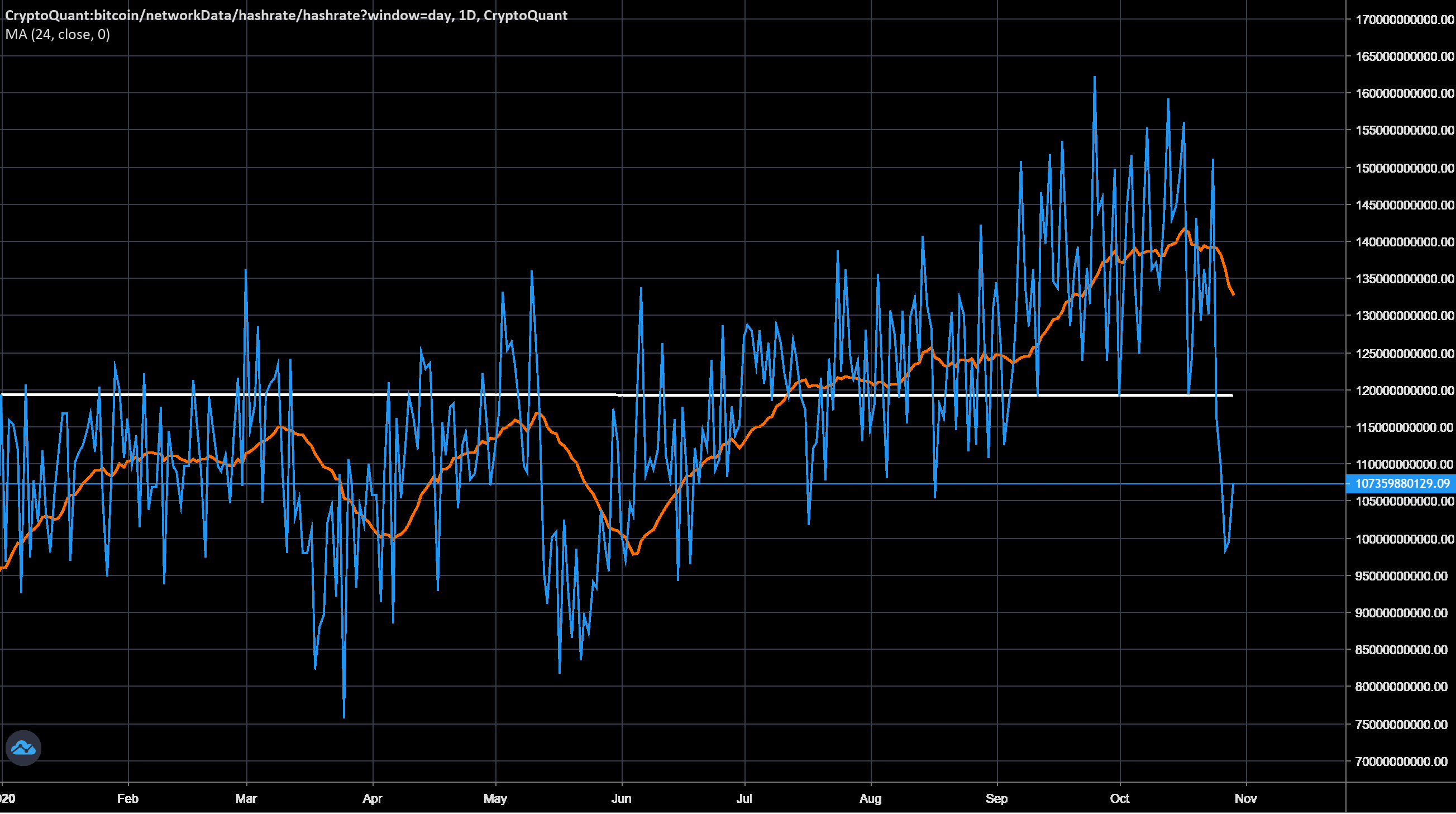 In a Cointelegraph interview, Hileman explained that he doesn’t necessarily see the drop as a cause for concern:

“The hash rate obviously is substantially higher than it was following and halving in May. So for me, it’s not registering as a major concern. It is an interesting data point. But we’ve seen other dips since the halving that in terms of percentage drops look roughly similar. So it may just be noise or something that is not that significant, but it’s something to monitor for sure.”

The hash rate has recovered slightly over the last couple of days to 107 million TH/s. It is still down on the year, having entered 2020 with 111 million Th/s. Although historically the price and hash rate have exhibited a strong correlation, the latest decline in the hash rate does not seem to have impacted the price.