Outspoken TV personality Jim Cramer talked Tuesday with the CNBC crew about how banks are sweating the possibility of Elizabeth Warren as president.

“When you get off the desk and talk to executives, they’re more fearful of her winning,” he said, adding that he’s been hearing “she’s got to be stopped,” echoing around Wall Street these days.

While bank execs might have reason to be scared of what Warren could mean for their company and their shareholders, Adam Best of “The Left” podcast, doesn’t really see that as a negative for prospective voters.

“This is the greatest Warren campaign ad possible,” he says in this tweet:

Warren, described as “a champion of the left wing for her bank-bashing and wealth-taxing proposals,” is a “very compelling figure on the stump,” Cramer said. He predicted she’s going to win Iowa, which is set to be held next February. If that happens, he continued, “it would be a suboptimal situation for the banks.”

“It’s another reason why companies are being implored to do things now … because come early to mid-2020 if Elizabeth Warren is rolling along, everybody is going to be like, ‘That’s it,’” he said.

Someone else liked it too: “I’m Elizabeth Warren and I approve this message,” the senator from Massachusetts said in a tweet Tuesday afternoon.

With 18% support, she’s trailing only Joe Biden, at 30%, in the Real Clear Politics polling average. Bernie Sanders is in third. 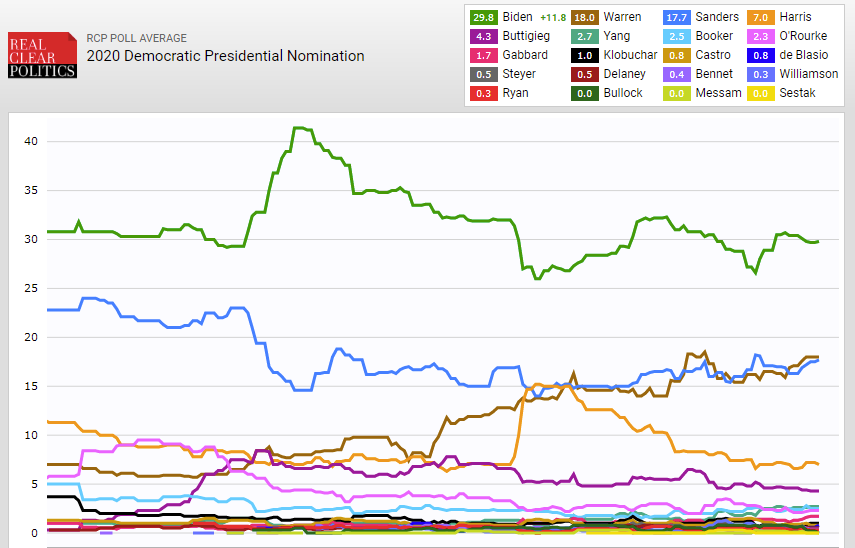