Home » Economy » Innovation is the key to reducing carbon emissions

On national television on Sunday, apparently responding to public consternation, Prime Minister Scott Morrison revealed he was considering a royal commission on Australia’s bushfires. He said he would do this in consultation with the states and territories. The Prime Minister also said the commission could consider how climate change had already affected Australia and how we should respond in terms of emissions reduction. 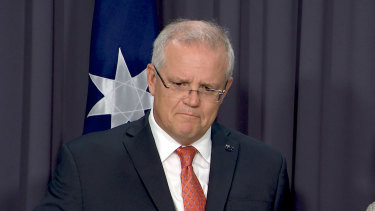 Scott Morrison has flagged a royal commission on Australia’s bushfires, working in consultation with the states and territories.Credit:AAP

About time too. Most people are fed up to the back teeth with the political gamesmanship that has bedevilled the national climate debate since John Howard was prime minister. I fled the bushfires in the Snowy Mountains on New Year’s Day, with the smoke restricting my view to 50 metres. Some fresh air on climate change would be a great relief to me and my family.

Australia is stuck in a groove about emissions reduction. We all need to understand this is a global problem. Without a global solution, there is no solution. If Australia acts unilaterally on reducing emissions, it will look and feel good but it will achieve nothing except to damage our international competitiveness. We all need to understand that China, India and the United States must reduce their emissions dramatically and fast. Even then it may make no difference to our global climate because they may have done most of the climate damage by the time they make the reductions.

So what to do? A royal commission doesn’t have to be run by lawyers. There is no one in the dock. We need experienced business people, scientists and communities to sort this out.

We should put our money into achieving technological breakthroughs such as more efficient solar technologies and energy storage systems – like the Australian company Calix that is in Leipzig right now demonstrating an emissions-free method of manufacturing cement to the Europeans. We should be setting up syndicates to build carbon capture, use and storage (CCUS) projects. You can't build them in many places, but they have a contribution to make. We should be investing in uranium mines and small modular reactors.

To do these things at scale we should make a national effort like we did in the Second World War. We could raise money by issuing climate bonds and put them to work on solving real problems. First of all, we have to clear the air of impractical notions.

Robert Pritchard is executive director of the Energy Policy Institute of Australia.