Black Friday shoppers and anyone gearing up for an online Christmas should beware: Guardian Money has seen a big jump in complaints from people who bought expensive items online that failed to arrive as planned. But rather than refunding the buyer as they should, retailers have been claiming that parcels were delivered and it is therefore “not their problem”.

Back in March, couriers suspended the need for items to be signed for to allow drivers to make contact-free deliveries. But the policy appears to have led to a spate of thefts and misdirected parcels.

Some customers have been sent photos of their items on other people’s doorsteps, while others have been unable to track down their purchases.

Black Friday: brush up on prices as that ‘deal’ might not be a bargain

Ashleigh Carter from south London has been battling with the online fashion retailer Asos after its courier, DPD, delivered her £200 order to a neighbour in Streatham.

“I am staying with family up in Scotland but the order got accidentally processed to my billing address. When I got the text from DPD I spotted the address was incorrect. I got in touch with Asos. However, I knew that it wouldn’t be an issue as there is no one at my billing address, so the goods wouldn’t be able to be delivered.”

The long-standing Asos Premier customer says at no stage did she give permission for the courier to deliver the item to a neighbour, or anyone else, but it did it anyway.

“Since then, I have spent weeks going back and forth with Asos on email and via chat,” she says. “Their position is that because DPD delivered it they can’t provide me with a refund, even though they didn’t deliver it to me.” Carter still does not know the whereabouts of her parcel. After Guardian Money intervened, Asos refunded Carter her £200 as a “gesture of goodwill”. 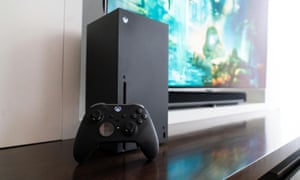 Steven Brown* was £450 out of pocket after his Xbox Series X games console failed to arrive at his rural Surrey home.

“I watched on the Amazon app as tracking showed the driver getting close. I live in a house on a hill, with a 50-metre driveway with electric gates on a very quiet unmade lane. At no stage did the gate buzzer go or did the driver attempt to deliver the item. Instead, I received a notification that it had been delivered. I ran down to the gates to find no delivery and no delivery van. I immediately messaged all my neighbours but none had taken delivery of my item.”

Again, the item was supposed to have been signed for but Amazon told Brown, a Prime customer of more than eight years, that having checked the delivery details it would not “provide a replacement or refund for this order at this time”.

An Amazon spokesperson said: “We have very high standards for our delivery service providers and how they serve customers. We’ve notified the right teams internally and are working with the customer directly on matters related to their delivery.”

Only after Brown had repeatedly complained and contacted the police did Amazon relent. However, his refund was conditional, he says, on him signing an affidavit confirming that he did not know the whereabouts of the parcel.

* Not his real name

Your rights if you do not receive a parcel 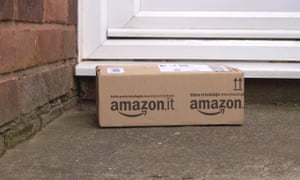 Despite what retailers have been telling wronged customers, the law is clear. If your delivery is left somewhere – such as on your doorstep without your permission to do so – and it is then stolen, the retailer (not the courier firm) is in breach of contract and it needs to replace and redeliver your item or give you a refund.

The consumer group Which? says while the retailer may say the goods were taken to the address specified by you, you should argue in return that this means handing it over to you – or to someone else at the address – rather than just leaving it on the doorstep.

If you gave specific delivery instructions – to leave the item in the shed or with a neighbour – you will have a trickier time. In that case the retailer can claim your delivery was performed as agreed. Which? says consumers should think carefully before offering such terms as it greatly weakens their position.

If you have bought a high-value item such as a mobile phone, and you are in, it is always worth asking the courier to wait while you quickly open the package and make sure the item that has been delivered is exactly as expected. Too many people have opened the item to find their shiny new handset was stolen en route and replaced with an older model of roughly the same weight.