Michael Pillsbury: ‘Suspense is still the order of the day’ on US-China trade deal

China expert Dr. Michael Pillsbury discusses how the U.S. and China are close to achieving a preliminary trade deal with China, but China might renege.

A bipartisan group of U.S. senators including Republican Marco Rubio and Democrat Kirsten Gillibrand pressed the Federal Retirement Thrift Investment Board to reverse its decision to expose the fund to more Chinese firms ahead of the board's Monday meeting.

"[T]his decision would effectively invest the retirement savings of America's civil servants and military personnel in constituent companies of the ACWI ex-US IMI that assist in the Chinese government's military activities, espionage, and human rights abuses, as well as many other Chinese companies that lack basic financial transparency," the senators said in a letter last week.

ACWI ex-US IMI stands for the MSCI All Country World ex-U.S. Investable Market Index fund. The fund would include companies like Hikvision, which the U.S. blacklisted earlier in October, and AviChina Industry & Technology Company Ltd., which is connected to a Chinese government-owned weapons manufacturer. 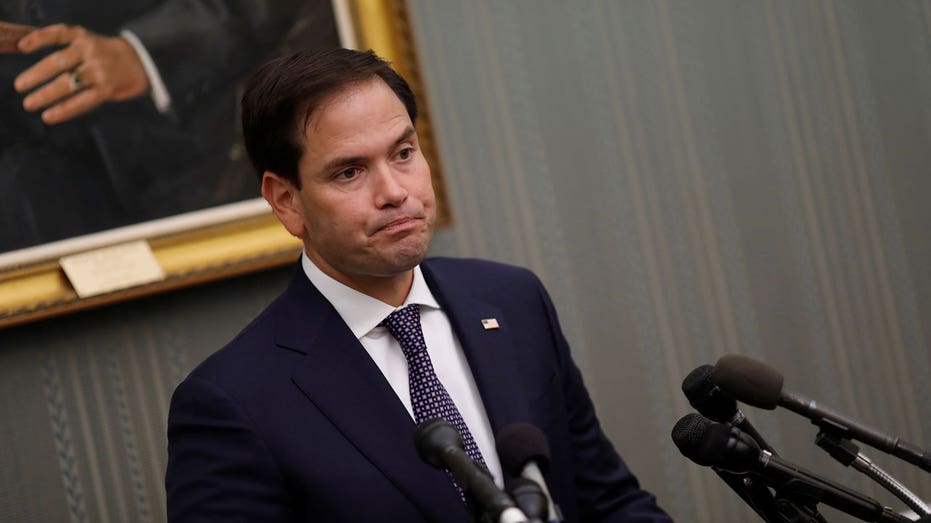 The decision is a tough one — the Chinese economy is growing at a faster rate than the U.S.'s. Board Chairman Michael Kennedy said the decision to switch the retirement savings plan from a fund with stocks only from developed countries to one with companies from China was made in 2017.

The Thrift Savings Plan holds $600 billion in federal government employees' savings and lets them invest in index funds like the ones at the heart of the senators' letter, according to The New York Times.

The senators' stance on Chinese investment comes after the White House was considering restricting government pension fund investments in China. A source familiar with the matter confirmed the thinking to FOX Business' Blake Burman following a Bloomberg report.

The concern about tying federal employees' retirement to Chinese companies comes as the U.S. and China appear to be moving closer to a trade agreement following Friday's conference call between trade negotiators from the two countries.

FOX Business' inquiry to a spokeswoman for the board was not returned at the time of publication.