‘You’re going to have a depression,’ says President Trump discusses what a Joe Biden victory in November will mean for the U.S. economy

A Biden win is a disaster for the economy, President Trump told Fox News' “Hannity” on Thursday.

Not only would a Joe Biden presidency get rid of the Second Amendment and raise taxes, the president said, but it would also cause an economic depression.

“You could forget about the Second Amendment if we lose this election,” he said. “And your taxes will be doubled, tripled and quadrupled. Your jobs will be gone. I mean, you’re going to have a depression, if that happens… The biggest single headwind [to the stock market] is if he got in.”

Despite those statements, Biden has not announced plans to change the Second Amendment. The Democratic nominee does favor rolling back the Trump tax cuts, which primarily benefited the wealthy and large corporations.

BIDEN'S PLAN TO COMBAT THE CORONAVIRUS 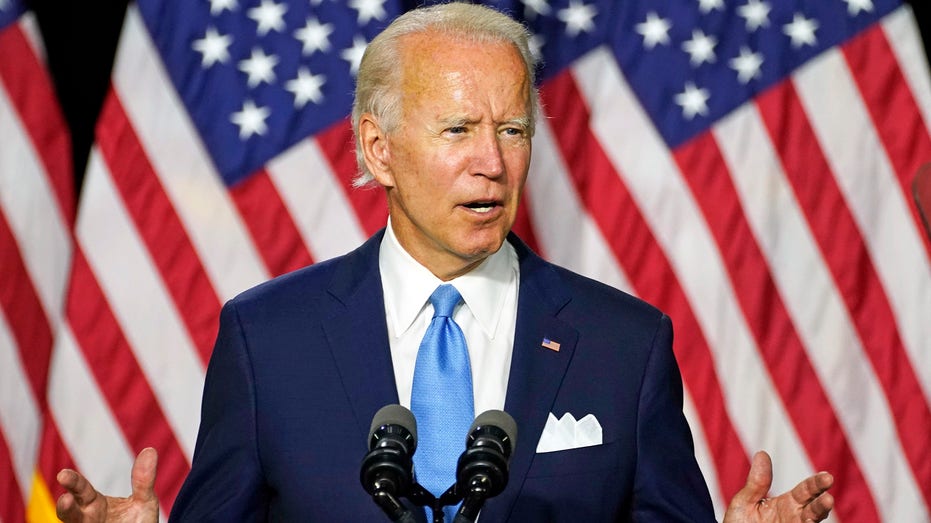 When Trump was first elected, he said the stock market rose “like a rocket ship.” But if Biden were to win, the economy would plummet, and 401(k)s would see a 40 to 50% decline.

“All this stuff that you’re talking about is going to kill our country and kill the economy,” he said.

Although stocks have gone up since their March lows, the U.S. is currently in the midst of an economic downturn with over 30 million Americans collecting some form of unemployment benefits as of late July.

Trump mentioned Biden’s competence could be concerning when dealing with foreign leaders like China's Xi Jinping and Russia's Vladimir Putin, who are all “very sharp.”