The price of Ethereum has surged past its resistance close to $500 and was currently valued at $505.37. This not only marked an annual high for ETH but also was a price level unseen since July 2018.

This run-up in the market could be contributed by the news of the United States Securities and Exchange Commission [SEC] giving its approval for the Grayscale Ethereum Trust [ETHE] as the first public quoted ETH investment product in the country.

This would allow users to buy and sell shares throughout the trading hours just like in the traditional markets.

Following Ethereum’s lead, many alts have been surging. Most altcoins had been consolidating as the Bitcoin market surged. However, with ETH breaking the ice and moving higher, the performance of most alts has been bullish in the past 24-hours. 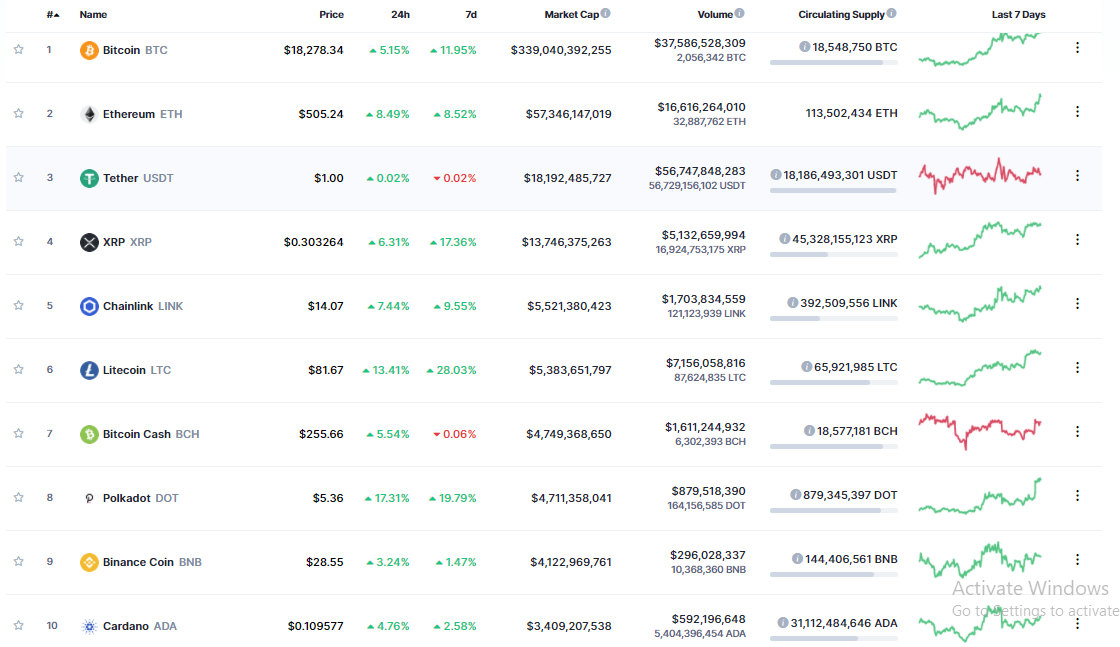 At the time of writing, the value of Bitcoin was at $18,317, but no specific surge in the price was witnessed. The value of BTC was testing resistance at $18,400 but has not surpassed it yet.

Ethereum has a lot to look forward to as a platform as it will begin its move towards Ethreum 2.0 hopefully in December with Phase 0. As of now, the requisites for this move have not been met and we may see the launch of the Beacon chain being pushed.