Ethereum’s price has been on an impressive recovery sun since it fell on 12 March. In fact, since Black Thursday, ETH has surged, with the cryptocurrency recording a 64 percent hike over its pre-12 March trading price. While the increase in demand for DeFi and the subsequent loss of steam has led to many questioning how sustainable the ETH network is, most network metrics for the cryptocurrency paint a rather promising picture, and the same seems to be reflected by its trading price. 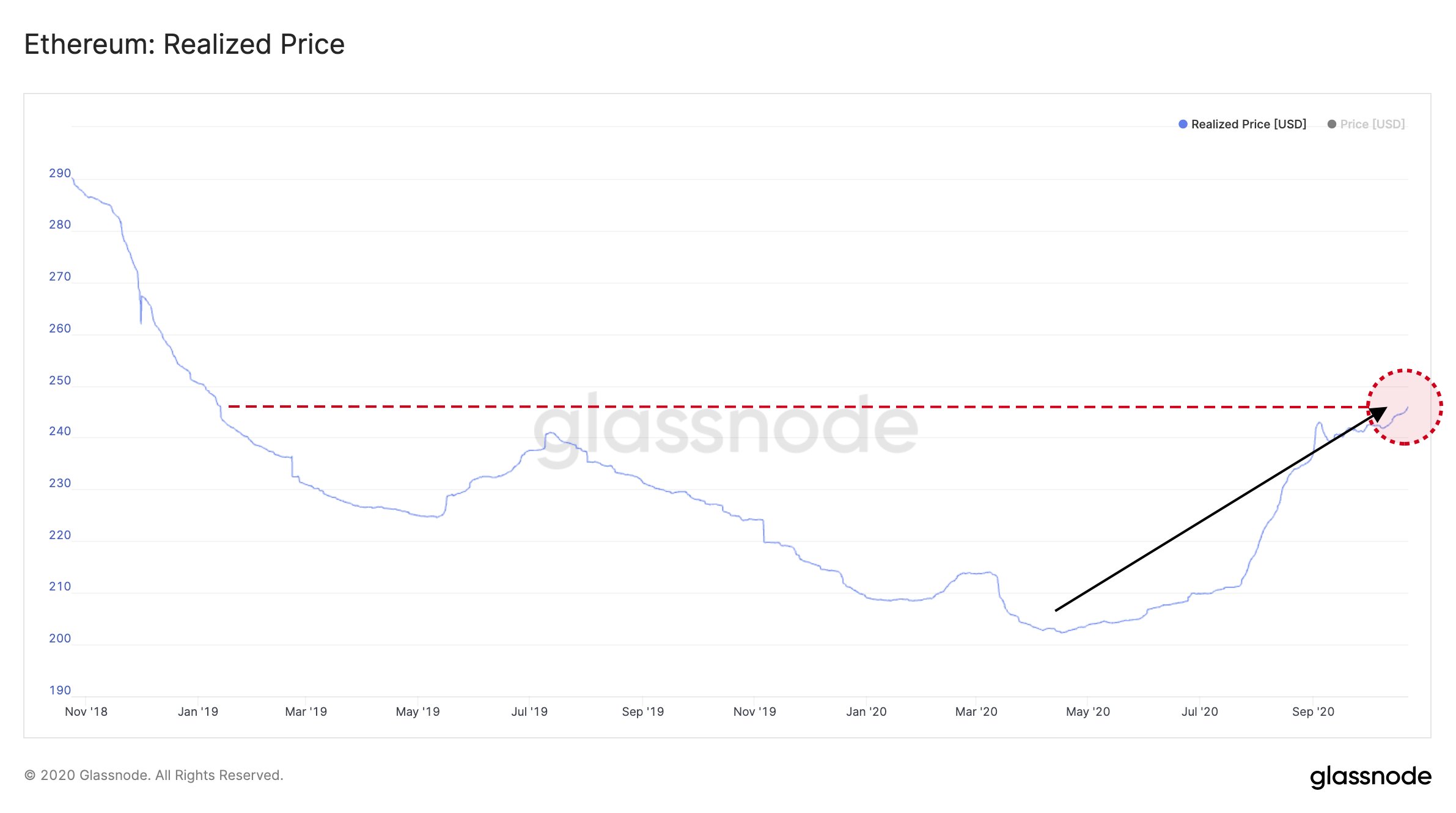 According to data provided by Glassnode, Ethereum’s Realized Price just noted a 21-month high of $246, with the coin’s trading price comfortably over the $400-price level. ETH, at press time, was being traded at close to $409 with a $46 billion market capitalization.

Here, the realized price of an asset is calculated by taking into account the average price of each ETH at the time it was last moved on-chain. The aforementioned levels in Ethereum’s realized price were last seen around January 2019, with the metric on a steady rise on the charts since then. 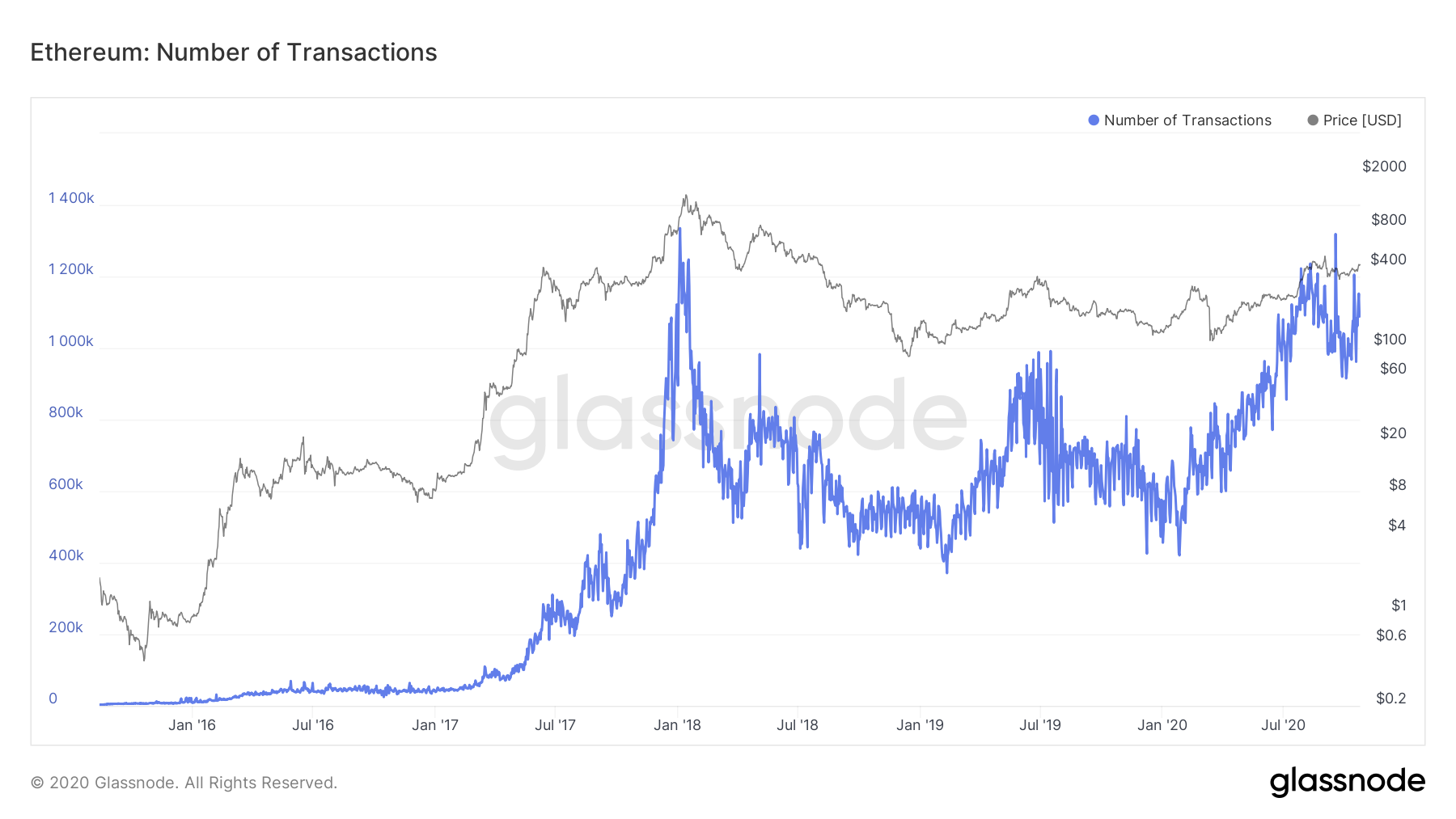 Interestingly, over the same time, ETH’s transaction count has also surged, with the figure closing in on the network’s ATH, a level last noted back in January 2018. While the DeFi hype seems to have subsided right now, the past few months saw a lot of DeFi-induced activity surrounding Ethereum, which, in turn, positively affected the coin’s trading price. 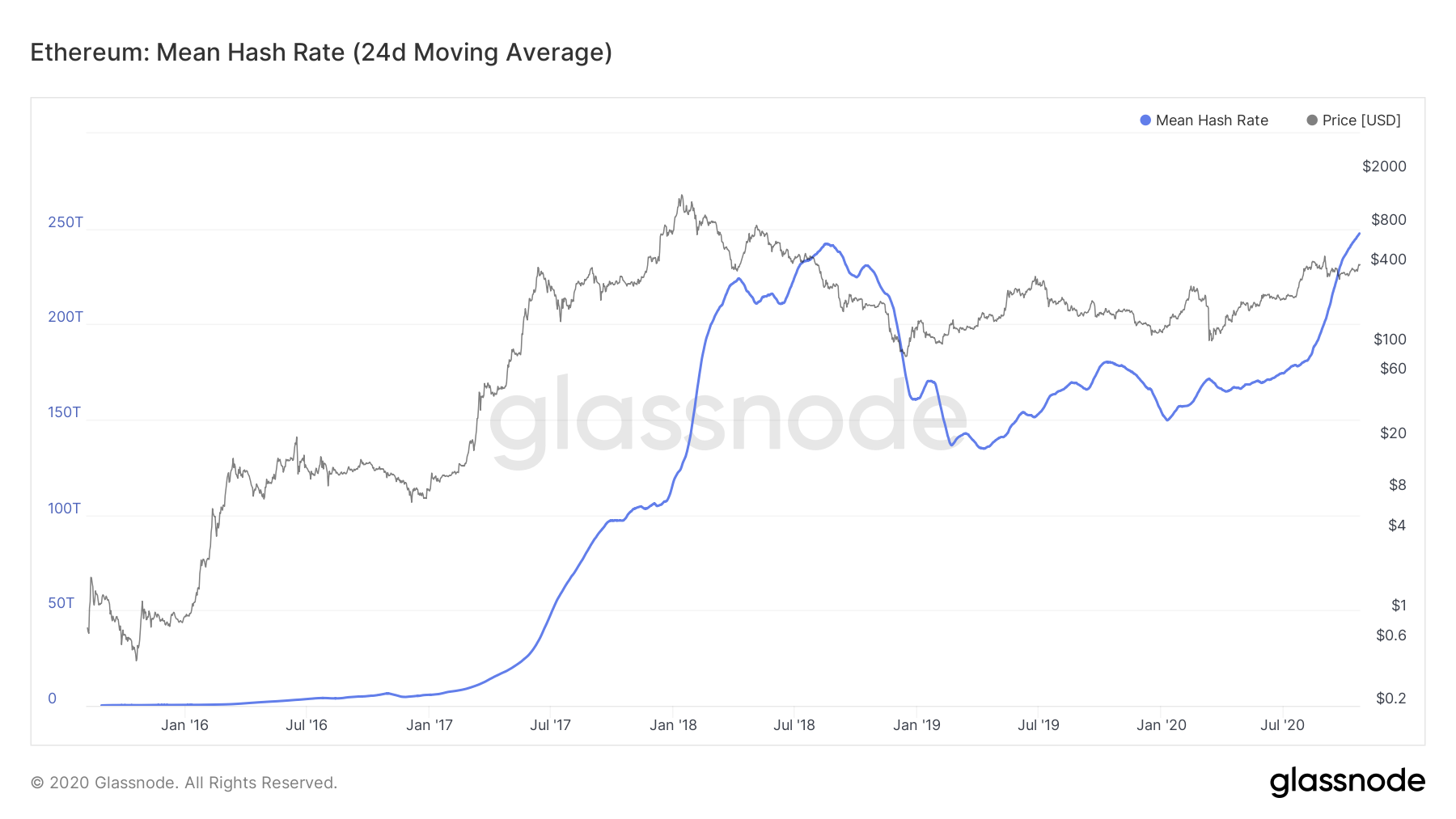 The overall bullish sentiment is backed by the steady Hash Rate the coin is currently enjoying, with the miner community strongly backing the coin. This was evidenced by the fact that Ethereum was able to establish its all-time high with regard to its Mean Hash Rate over the past few days, a key metric that underlines the strong confidence users have in the coin’s prospects and its overall profitability.

While 2020 was supposed to be the year the world’s second-largest cryptocurrency transitioned to the Proof of Stake consensus algorithm and introduced staking, the update to ETH 2.0 has been plagued by delays, despite the fact that the year is soon coming to a close. However,  Ethereum hodlers continue to have confidence in the coin, with 60% of all ETH not having moved in over a year, which is good news for the coin’s price as it is likely to hold fort over its immediate support around the $400-mark.

For now, Ethereum’s realized price, and its ability to establish an ATH with regard to its hash rate and a healthy transaction count, may sustain its uptrend on the charts, regardless of its transition to ETH 2.0.