National Hurricane Center Director Ken Graham on why a slow-moving hurricane is a problem.

Hundreds of thousands of people are without power along the Gulf Coast after Hurricane Sally roared ashore on Wednesday morning.

The National Hurricane Center (NHC) said Hurricane Sally made landfall at 4:45 a.m. CDT near Gulf Shores, Ala., as a Category 2 storm with maximum sustained winds of 105 mph.

"Catastrophic and life-threatening flooding likely along portions of the north-central Gulf Coast," the NHC said.

HURRICANE SALLY MAKES LANDFALL ON ALABAMA'S GULF COAST, WITH $2B IN DAMAGE EXPECTED

Over 500,000 homes and businesses had lost electricity by 8 a.m. EDT Wednesday, according to poweroutage.us, which tracks power outages. 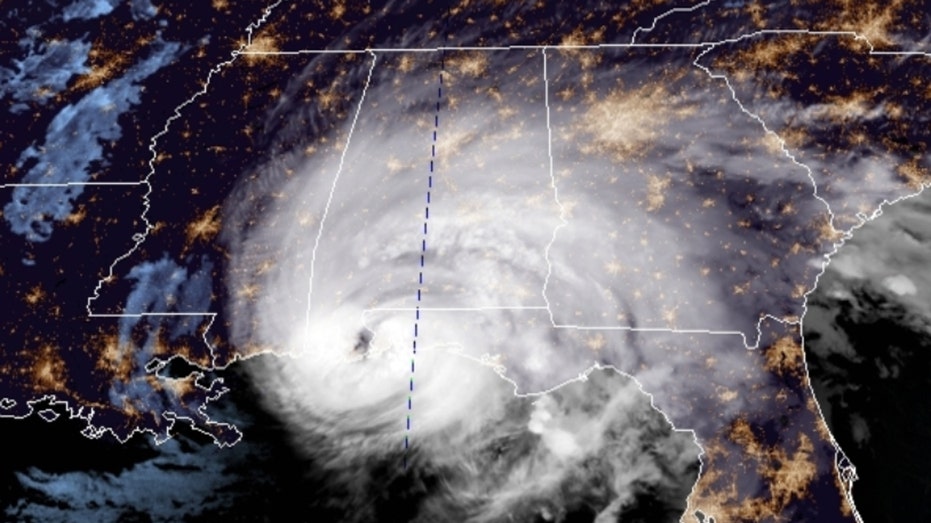 Hurricane Sally can be seen after making landfall along the north-central Gulf Coast on Sept. 16, 2020. (NOAA/GOES-East)

That grew from some 350,000 just hours earlier, with Alabama and Florida being the most impacted.

In Alabama, where at least 234,000 customers statewide were without power, utility Alabama Power said that "significant damage" was reported in the Mobile area.

"Stay away from downed lines and flooded areas," the utility tweeted.

As the storm neared the Gulf Coast this week, Steve Kirkham, general manager of power delivery for Alabama Power’s Mobile Division, said information from the Alabama Power-USA Coastal Weather Research Center at the University of South Alabama was helping the utility to place crews and resources in areas where they can respond safely to storm damage.

“We are fully prepared to respond,” Kirkham said in a news release. “We’re going to do that in a safe and effective manner. Our customers can count on the fact that we are going to respond just as quickly as we can safely do so.”

Florida's Panhandle region was the most impacted by the storm in that state, with Escambia and Santa Rosa counties seeing the greatest number of outages. Over 230,000 customers in the Sunshine State were in the dark.

Gulf Power reported more than 201,000 of its customers were without power Wednesday morning.

After making landfall, Sally is still pushing a surge of ocean water onto the coast. Winds continue to whip the area as the storm moves at an agonizing 3 mph.

Sally’s northern eyewall had raked the Gulf Coast with hurricane-force winds and rain from Pensacola Beach, Fla., westward to Dauphin Island, Ala., for hours before its center finally hit land. 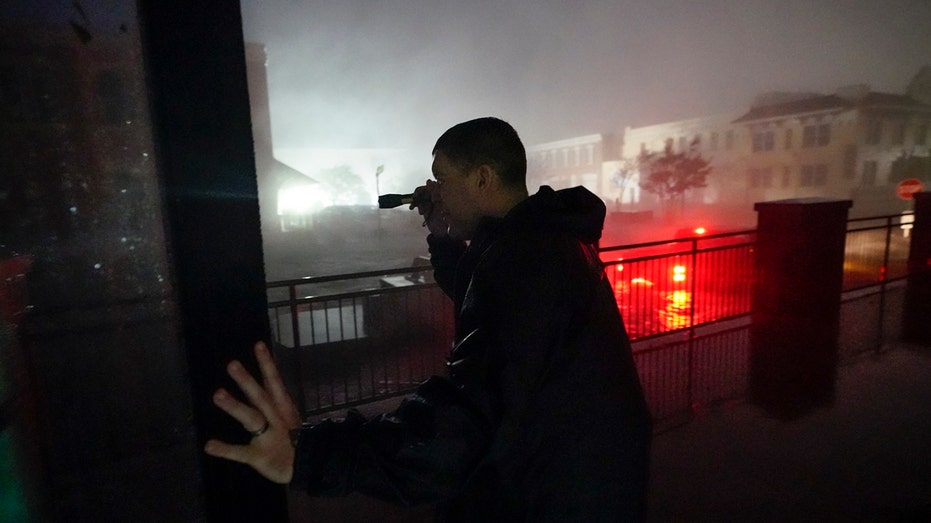 Officials in Florida’s Panhandle have shut down Interstate 10 at the Escambia Bay Bridge near Pensacola due to sustained high winds on Wednesday morning. 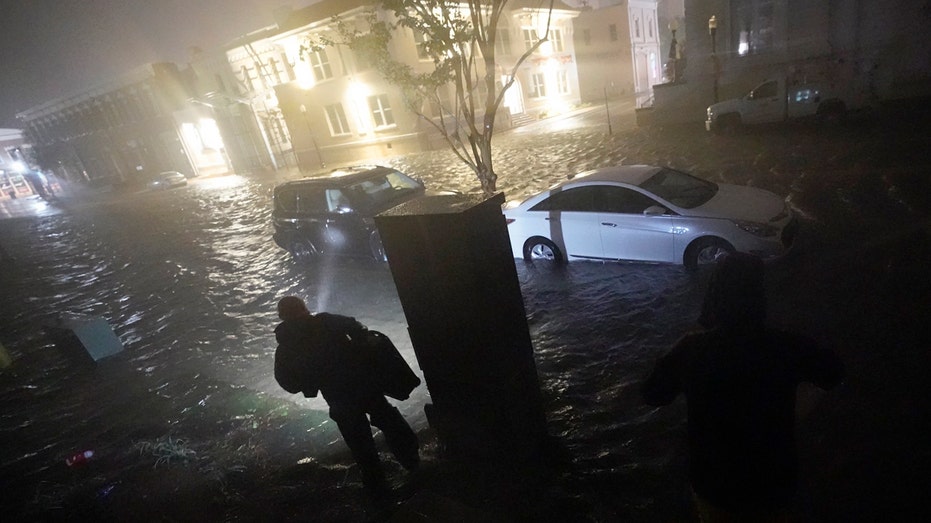 People use flashlights as they walk on flooded streets in search of their vehicle, Wednesday, Sept. 16, 2020, in Pensacola, Fla. (AP Photo/Gerald Herbert)

Multiple roads have also been shut down due to flooding in Florida’s Panhandle.