Home » An artist whose NFT sales have surged over 800% in the secondary market shares his top tips for investing in digital art, as well as his journey from Olympic snowboarder to teaming up with Gucci 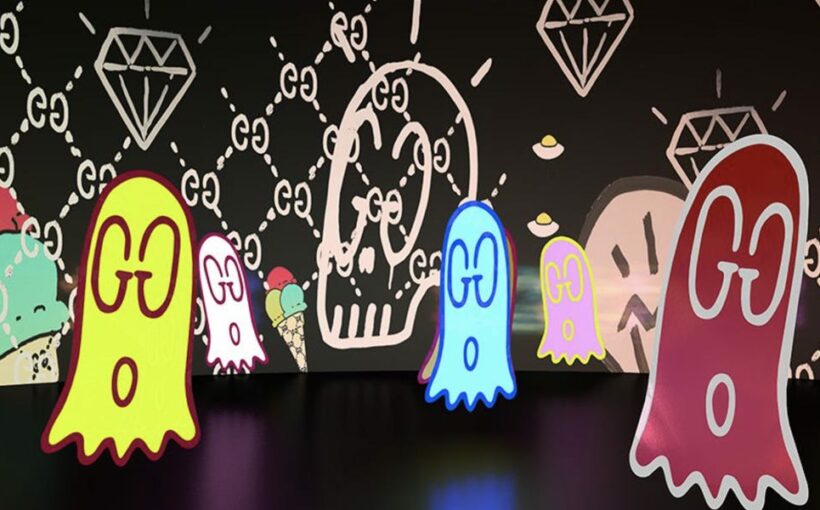 Trevor Andrew, also known as Gucci Ghost, has spent his life pushing boundaries. From snowboarding competitively at a young age, to representing Canada in the 1998 and 2002 Winter Olympics, to becoming a thought-provoking and acclaimed artist in the worlds of fashion and art.

Moving from snowboarding into art isn’t as big a transition as some might think.

Most people who snowboard and skate tend to look at the world in a different and creative way, Andrew said.

“Beyond just looking at a mountain and being creative in the way that I use the mountain and express myself, I was creating my own snowboard graphics, and clothing and different things,” Andrew said. “So I was always just making stuff my whole life.”

When an injury in 2004 stopped Andrew from continuing to snowboard competitively, he searched for other ways to embrace his creativity and started making music under the name Trouble Andrew.

He created an identity to go alongside the music and came up with the concept of Gucci Ghost, an interpretation of the Gucci logo as a ghost.

Soon Gucci Ghost became all-consuming and a mascot for a range of Andrew’s creative projects from music to street art and fashion. 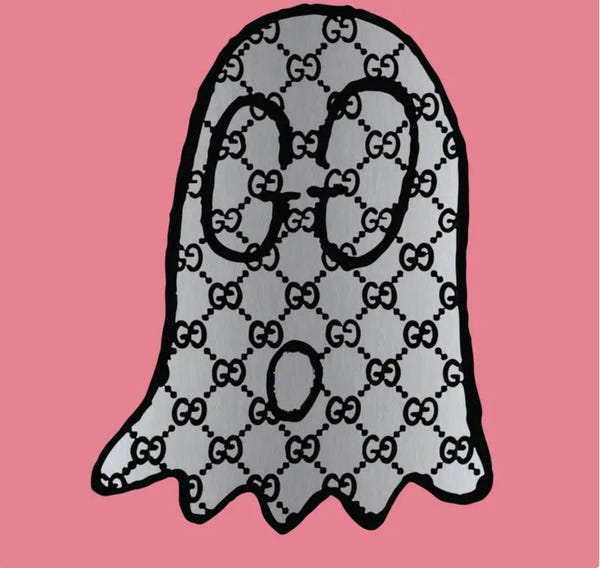 “I was painting on trash cans, and putting up wheatpaste [posters], and then taking photos of them and then manipulating it, putting it on whatever social media platforms, everywhere from Instagram, Vine and all these different spaces where I was just really just trying to extract some power from the brand,” Andrew said.

Gucci Ghost started to resonate with an audience and Andrew reached a point where he said, “I am going to do this until [Gucci] either sue me or hire me.”

Most people thought Andrew was crazy for thinking Gucci would want to work with him, but three years on, Gucci’s creative director Alessandro Michele discovered Andrew’s significant catalogue of work and a collaboration took place almost immediately.

“Damn, I was like, ‘thank God, I didn’t listen to anybody and just kept doing what I believed in and staying positive about it, and just believing in it’,” Andrew said. 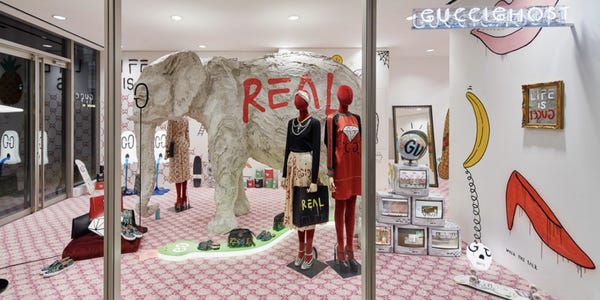 Once again, Andrew is pushing boundaries by entering the world of non-fungible tokens (NFTs).

An NFT is a cryptographic token that exists on the blockchain and can represent real-world items, such as art, music and real estate. Each token represents a unique digital item and cannot be exchanged for another, the way a cryptocurrency can be.

NFTs have soared in popularity in recent months, while bitcoin and other crypto tokens have soared in value, as a string of famous artists, musicians, and companies have leapt on the trend.

The concept came on to Andrew’s radar around two years ago, when the Winklevoss twins reached out to him and pitched the concept of Nifty Gateway, a marketplace for buying and selling NFTs that they had invested in.

Instantly, the concept made sense to him, Andrew said, but no one else was really getting it.

“Just from the art that I did on the street, taking a photo of it, putting it on Instagram, or putting it on any social media, or digitally preserving it, it just made sense to me,” Andrew said. “And so, I just got in early [to NFTs].”

Nifty Gateway launched in last March, when people were trying to connect differently to the outside world due to the pandemic and the whole perspective around NFTs started to shift, Andrew said.

Andrew’s first collection drop on the platform took place in November. As part of the collection, he sold 20 editions of Gucci Ghost Pink Silver for $250 each. These NFTs have seen an 881% price increase from the primary market sale with an average resale price of $2,452.51

Andrew has also held auctions on the platform with one piece called “S— is gold” selling for $108,888. 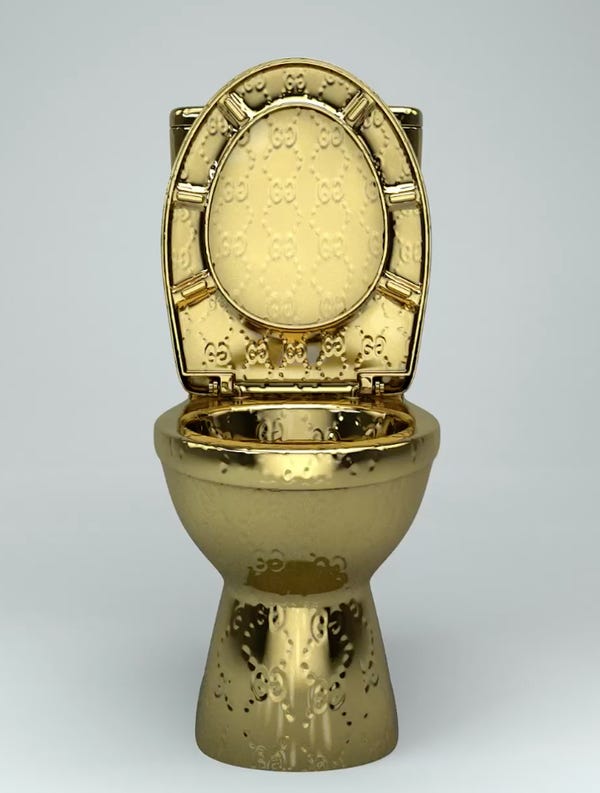 Many of Andrew’s initial sales were open collections, which allow for up to 9,999 purchases of the work while the collection is open. Each piece is still unique, but the concept does remove some of the scarcity premium.

Andrew expects to spend more time focusing on scarcity and do fewer open collections in the future. A pattern he expects to see across artists.

“I think even with doing limited drops, there’s still ways that you can bring a wider audience into the space, I did a one piece that was the cheapest piece in the whole collection, it was called ‘111’,” Andrew said. “And you could enter a draw to be able to have access to buy that piece.”

Tips for investing in NFTs

When it comes to buying NFTs, Andrew is not interested in buying to flip it. He doesn’t want to sell the art that he has.

Most of the NFTs he discovers come through existing relationships, collaborations and friendships. Sometimes, they just come from the work speaking to him in some way, or creating nostalgia.

Andrew was eating Frosted Flakes, a surgery cereal marketed to kids, and he was having a debate with his wife, who said he really shouldn’t be eating the cereal. Right at the same time, he came across the Ron English drop of Fat Tony, a spoof of the Frosted Flakes Tony the Tiger mascot, and it just spoke to him.

“The whole piece is about how poisonous and toxic, kids cereal is and I’m sitting there like debating with my wife about it,” Andrew said. “And ‘I was like, oh, I got to get this piece’. Yeah and I continued to eat my frosted flakes.”

A lot of the time, Andrew hears people talking about what is the right NFT to buy. He doesn’t have the answers for that, he said.

“I’ve just always gone with what I love with anything I do in life, I think that my whole path as an artist, and as a creative, I’ve had great luck with it, because I’ve just truly loved what I do,” Andrew said. “And I’m not afraid to, to take a risk on things that give me a good feeling.”