Home » Markets » An innovation ETF is crushing competitors with 40% returns this year even as tech stocks flounder. The provider breaks down its 2-part playbook for selecting moonshots — and knowing the perfect time to sell 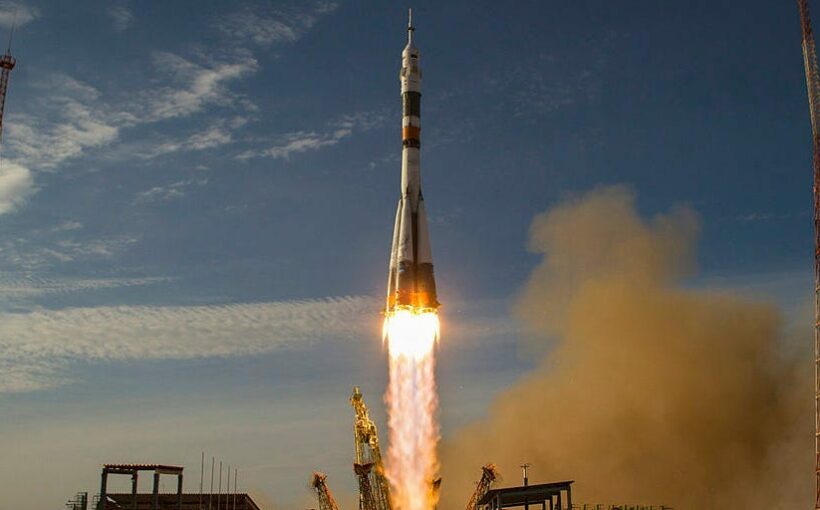 “To the moon” is a phrase that’s become synonymous with stocks that retail investors expect will surge rapidly in price. It became mainstream following recent rallies in Gamestop, AMC and bitcoin.

But in November, weeks before the phrase entered the vocabulary of every investing professional and financial pundit, a new exchange-traded fund launched focusing on “moonshot investing” called Moonshot Innovators (MOON).

Although moonshot and “to the moon” sound similar, the investing premise is very different.

A moonshot company is one that is focused on groundbreaking, ambitious and exploratory projects that could disrupt industries or existing technologies. The companies are often in very early-stages and might not be making a profit.

However, if they manage to break ground, they then have the potential to “go to the moon.”

Investing in moonshots is incredibly risky for individual investors because of the complexity of the projects and high chances of failure. The Direxion’s MOON ETF offers a way for investors to diversify that risk.

“Having a systematized basket of 50 names across all these different sub themes from genetic engineering to digital communities to the distributed ledger to autonomous vehicles, to me is probably more beneficial for your portfolio over the medium to longer term,” David Mazza, who is Direxion’s head of product and managing director, said. 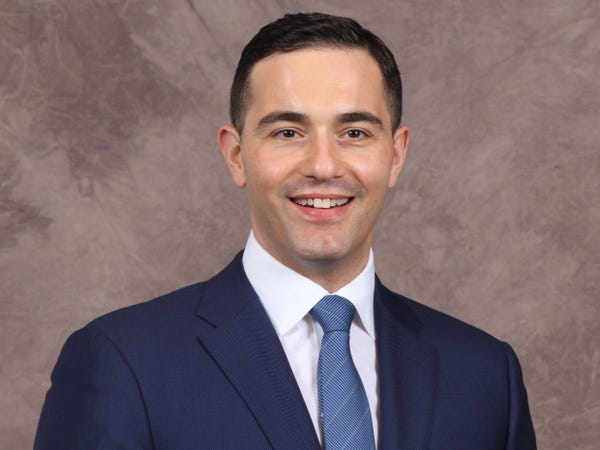 Early-stage innovative companies are often only covered by a few analysts. This makes them ripe for stock pickers, who can spend time analyzing the companies and sub sectors.

However, Mazza and his team believe they’ve created a systematic approach to finding winning moonshots.

The strategy has two parts:

The ETF ranks companies based on how much they are spending on research and development relative to other companies in the same industry. It favors those that spend more.

That’s the “walking the walk” component, Mazza said. The second part of the strategy identifies the companies that are “talking the talk,” he added.

The ETF uses natural language processing to parse company regulatory filings over the past 12 months to look for words related to innovation in their industry.

The power of the fund comes from the combination of this two-part scoring system.

From the time it launched, MOON has crushed benchmark indices, like the NASDAQ and S&P 500,  returning 70% since its inception and 40% year-to-date, according to Morningstar data as of March 24.

“When you have someone as successful as [Ark] it’s always nice to be compared to them,” Mazza said. “But on the other hand, I do really feel this fund is unique, they actually may complement each other really well.”

Ark focuses on disruption over the near term with larger companies, while MOON focuses on small-caps and firms that aren’t household names, Mazza said. Once they grow, they may get onto the radars of great stock pickers, he added. 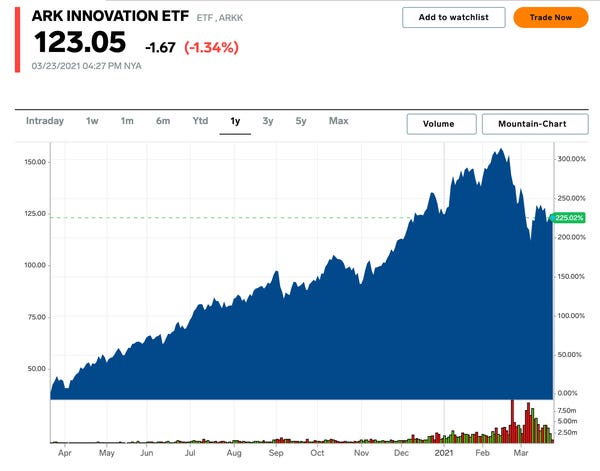 The Ark Innovation fund had an incredible 2020, returning 152% to investors and holding $18 billion in assets under management. However, so far this year, performance has been sub-par, with year-to-date returns of -2%, according to Morningstar, based on data to March 24.

Ark Invest’s funds fell in February because of a rise in bond yields and an investor shift away from technology stocks and into stocks that were more linked to economic recovery.

MOON didn’t face the same shock. In part, this is because the fund is small, Mazza said. It focuses on micro and small cap stocks, which aren’t going to move as much to the beta of the S&P 500, or the NASDAQ, he added.

“There is a lot of single-stock risk,” Mazza said. “On one hand, there could be periods of volatility. But on the other hand, the fund has the potential to zig when the market is zagging.” 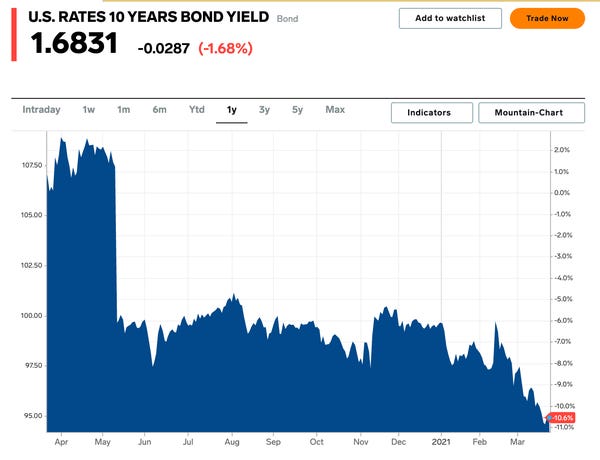 The rise in bond yields has created some worry among investors about the impact of higher US interest rates, despite reassurances from the Federal Reserve that they will stay steady until 2023.

Rising interest rates impact the discount rate used for company valuations, which affects the long-term outlook for growth stocks, such as tech. A low discount rate might have meant some of these companies have seen their multiples increase and there’s some earnings that grow into them, Mazza said. But that doesn’t mean the focus on disruption and innovation will go away, he added.

“I think that if the marketplace can’t absorb yields at 1.75%,  then we probably have some bigger challenges out there, especially if we need to continue to navigate a unique economic environment,” Mazza said.  “There’s no reason to throw out the innovation disruption that has been happening behind the scenes for years that the pandemic simply accelerated.”

Once early-stage stocks start to reach “to the moon” territory, it can be hard to know when to get out.

Mazza said the fund sells stocks when companies reach a market capitalization greater than $15 billion, or when they stop spending on research and development.

The ETF already sold out of the hot electric-vehicle company Nio (NIO), because it got too large.

That’s the trade off the fund makes, Mazza said.