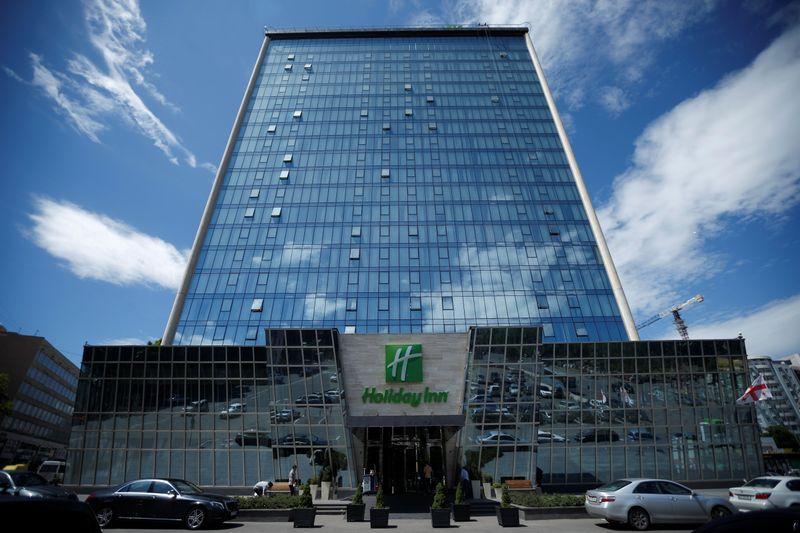 LONDON (Reuters Breakingviews) – Budget travel may be the best way to ride out the pandemic. That appears to be thinking of Accor Chief Executive Sebastien Bazin who is eyeing a $17 billion tie-up with his peer and Holiday Inn owner InterContinental Hotels, according to French newspaper Le Figaro. While a union may face challenges, the fallout from Covid-19 makes it all the more likely.

It’s easy to see why Accor’s Bazin may be looking around. The pandemic has had a dire effect on the $7 billion owner of luxury brands like the Savoy in London. It is heavily exposed to both international tourism and executive travel, both of which have suffered from quarantines. Accor’s revenue per room, a key metric in the hotel sector, was down 88% year-on-year in the second quarter and it is burning through 80 million euros of cash a month. The $10 billion InterContinental, meanwhile, has a larger presence in the more resilient U.S. and budget markets.

A union would have benefits for both. The combined group would be one of the largest hotel operators in the world, giving customers a broader range of places to stay. Marriott International’s $13 billion takeover of Starwood Hotels and Resorts in 2016 targeted cost synergies equivalent to around 20% of combined general and administrative expenses. A similar figure for Accor and InterContinental would imply savings of $293 million. Those could have a present value of over $2 billion, once taxed at 26%, the average of the two companies’ rates, and capitalised on a multiple of 10.

Governance could be tricky. Both groups have a similar market capitalisation, and a cash deal could be hard to finance, given banks’ reluctance to lend to the challenged sector. That leaves a merger of equals as the most likely scenario. But either Bazin or IHG’s Keith Barr, both seasoned dealmakers, would have to give up the top job. Accor shareholders such as Chinese hotel operator Shanghai Jin Jiang International Hotels and Qatar Investment Authority might not want to see their holdings diluted.

Hotel mergers aren’t easy. Integration can be complex, and successful brands can lose their sparkle in bigger organisations. Yet the fallout from the pandemic may last years, and the sector remains highly fragmented, with many smaller chains struggling for survival. That should mean lots of travelling for M&A bankers.