Secretary of State Mike Pompeo says China is ratcheting up rhetoric in response to pressure from Trump administration.

BEIJING (AP) — China is delaying the renewal of press cards for at least five journalists working at four U.S. media outlets, an organization of foreign correspondents said Monday, making them vulnerable to expulsion in apparent retribution for Washington's targeting of Chinese reporters working in the United States.

China's foreign ministry responded by saying applications for renewal were being processed and those reporters involved would not have their lives in China "affected in any way."

U.S. LOST JOBS BECAUSE BIDEN LOVES 'MADE IN CHINA': NAVARRO

However, ministry spokesperson Zhao Lijian also accused the U.S. of being "arrogant and unreasonable" in talks about the matter and "not addressing China's normal and reasonable concerns and demands at all."

"If the U.S. government truly cares about American journalists, it should extend visas for all Chinese journalists as soon as possible, instead of taking journalists from the two countries as hostages for the certain politicians' political interests," Zhao told reporters at a daily briefing. 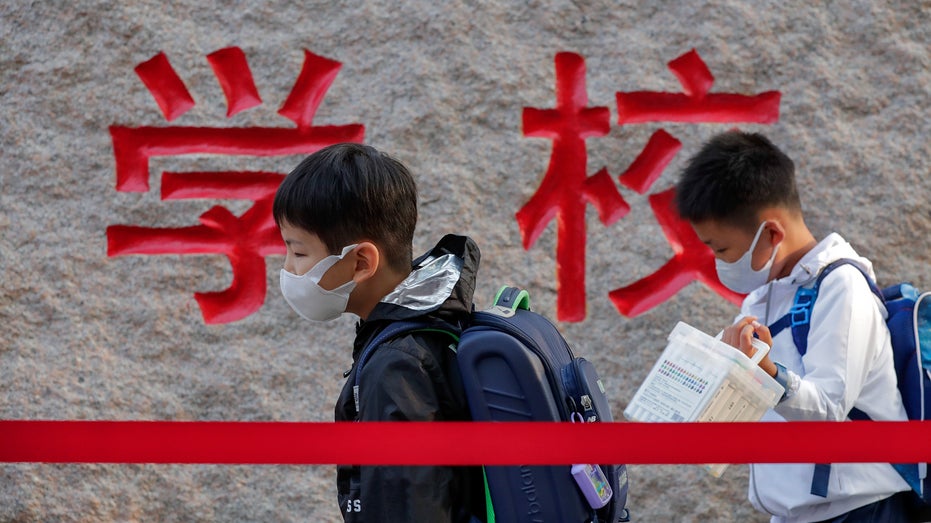 Students wearing face masks to help curb the spread of the coronavirus walk in line as they arrive at a primary school in Beijing, Monday, Sept. 7, 2020. (AP Photo/Andy Wong)

Atlanta-based CNN said its China correspondent was among those given a letter authorizing him to continue reporting for the next two months instead of the usual one-year press card.

He was told the move was unrelated to his reporting but was merely a reciprocal measure in response to the actions of the Trump administration toward Chinese media, making it the latest manifestation of the deteriorating state of U.S.-China relations that have fallen to their lowest level in decades.

The Foreign Correspondents' Club of China, or FCCC, said The Wall Street Journal and Bloomberg have also been targeted. It did not name the fourth outlet, but said more foreign journalists are expected to receive similar treatment.

While the targeted outlets are all American, the journalists involved are of various nationalities.

Zhao did not say what future actions China might take, but said "all the options are on the table, and the U.S. side knows that very well."

"If the U.S. insists on going down the wrong path and continuously making mistakes, China will have to make the necessary and legitimate responses to firmly safeguard its legitimate rights," he said. 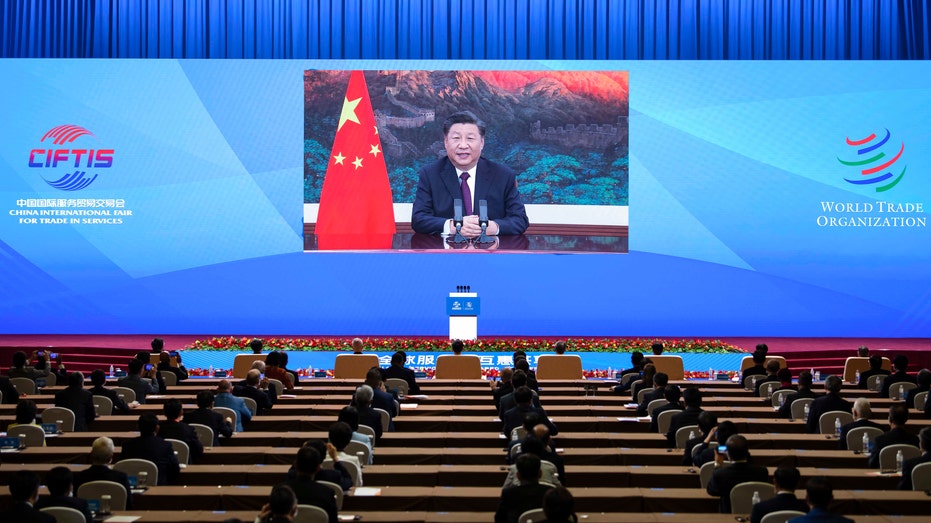 In this photo released by Xinhua News Agency, Chinese President Xi Jinping addresses the Global Trade in Services Summit of the 2020 China International Fair for Trade in Services (CIFTIS) via video in Beijing, China on Friday, Sept. 4, 2020. (Li Tao

China's move comes after the U.S. capped the number of Chinese citizens who could be employed by Chinese media outlets and placed them on 90-day visas. China first responded in March by expelling reporters from The New York Times, The Wall Street Journal and The Washington Post. Those affected have been both U.S. and non-U.S. citizens.
Official press cards are used to obtain residency permits usually good for one year, while the letters issued by the Chinese foreign ministry "could be revoked at any time, thus putting (the journalists) at constant threat of expulsion," the FCCC said in a statement.

The U.S. moves were fed by complaints that Chinese journalists working for state media acted more as propagandists and agents for the Communist Party than as genuine reporters. The U.S. had already required those outlets to register as foreign entities with the U.S., similar to consulates and embassies.

They also come against the backdrop of worsening U.S.-China relations on a range of issues, including human rights, trade, technology, Taiwan, Hong Kong, the South China Sea and Chinese treatment of its Muslim minority in the northwestern region of Xinjiang.

Relations hit a new low in July when the U.S. ordered China to close its consulate in Houston and China demanded the shuttering of the U.S. mission in the southwestern city of Chengdu.

Beijing's latest actions have "turned accredited foreign journalists in China into pawns in a wider diplomatic conflict," the FCCC statement said, calling on Beijing to "halt this cycle of tit-for-tat reprisals in what is quickly becoming the darkest year yet for media freedoms."

A record 17 foreign journalists were expelled from China in the first half of this year alone by having their press credentials withdrawn, while others have had their residency permits shortened to as little as one month, the club said.

The FCCC has also documented increasing harassment and surveillance of foreign journalists in China, including physical assault and cyberattacks.