(Reuters) – European shares pulled back from three-week highs on Wednesday as this month’s recovery rally ran out of steam on the back of soft Chinese factory activity data and the latest signs of friction between Washington and Beijing on trade. 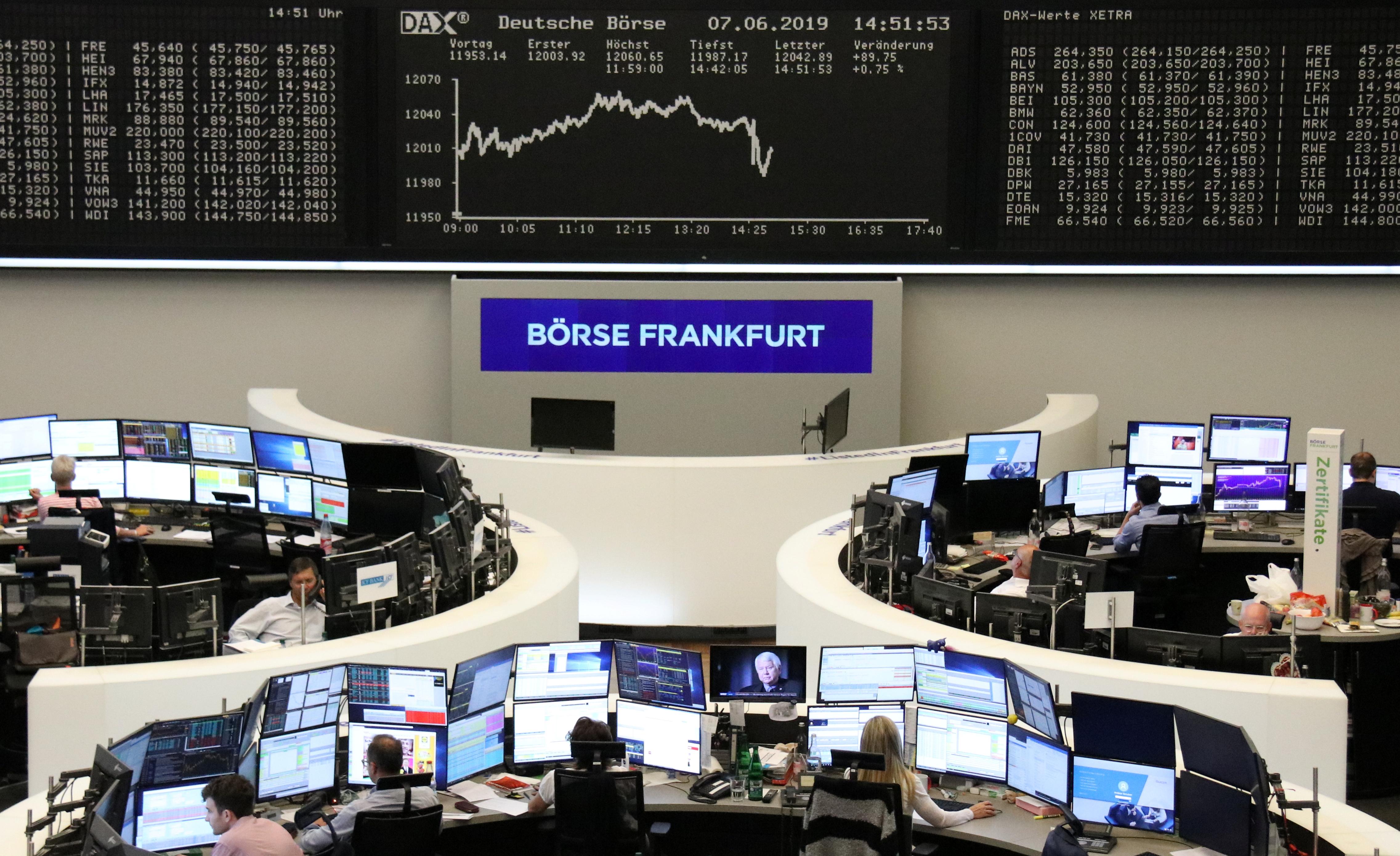 At peaks in the previous session Europe’s pan-regional STOXX 600 index had gained 4.5% this month, undoing most of a sell-off in May that was its worst monthly performance in more than two years.

That came largely courtesy of signs that the U.S. Federal Reserve and European Central Bank will take action to stem any slowdown in global growth due to the erecting of tariff barriers between some of the world’s biggest economies.

President Donald Trump said on Tuesday he would hold up a trade deal with China unless it agrees to four or five major points, reheating tensions between the two sides.

“The markets … had a very strong start to the month, there is no real reason for them to keep going at the moment,” said Connor Campbell, an analyst at Spreadex in London, pointing to U.S. inflation numbers later in the day as the next possible driver.

Also pressuring the tech sector was an almost 1% drop for Dassault Systemes’ after the French technology company agreed to buy U.S. software firm Medidata Solutions in a deal worth $5.8 billion.

Chipmakers, which get a huge portion of their revenue from China, fell, with AMS AG and STMicroelectronics declining about 0.5%.

With under three weeks to go before proposed talks between U.S. and China, expectations for progress toward ending the trade war are low and sources say there has been little preparation for a meeting even as the health of the world economy is at stake.

Trump also said that interest rates were “way too high”, ahead of a reading on U.S. inflation that could shift the odds towards a cut in rates as soon as July.

Banking stocks, which tend to suffer when expectations for interest rates fall, lost 0.81%, taking the biggest hit among the major European sectors.

Axel Springer jumped 12.3% after funds controlled by U.S. private equity investor KKR offered to buy out minority shareholders of the German publisher for 63 euros a share, a 40% premium to its market price.

British American Tobacco fell 3% after four straight sessions of gains and weighed on the STOXX 600, despite forecasting sales of vaping and e-cigarette products would accelerate in the second half of the year.