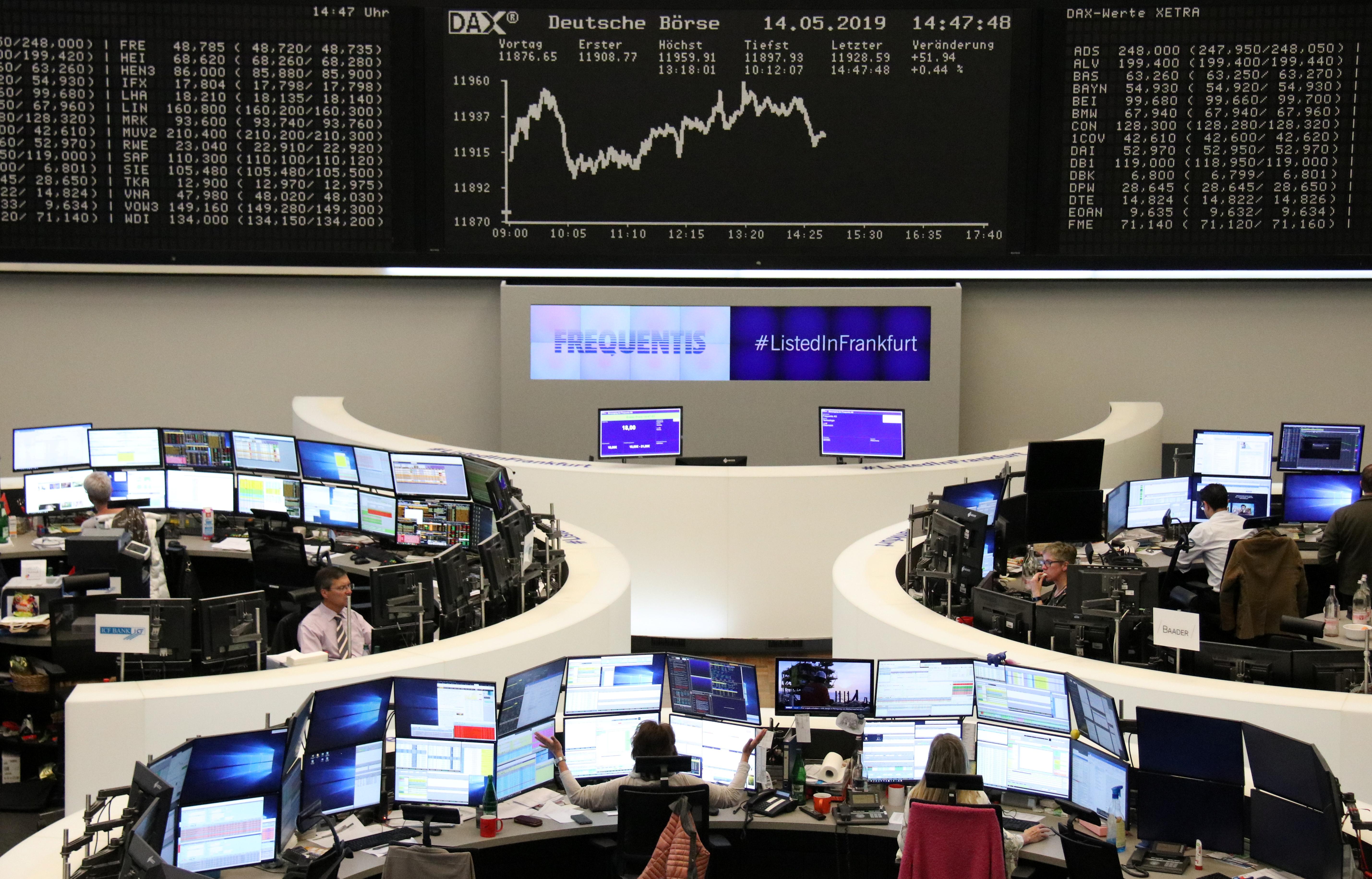 “It’s not the first time the Italians have pushed the boundaries with EU fiscal rules, it is just this time his rhetoric has come at a time when the markets are probably more sensitive to this commentary than normal,” said John Woolfitt at Atlantic Markets.

The European banks lost 0.3%, also weighed down by some disappointing earnings.

Bucking the trend was British bank CYBG Plc, which rose 4% after posting a first-half profit.

European markets witnessed a strong rebound from two-month lows on Tuesday after U.S. President Donald Trump adopted a softer tone on trade following a recent flare-up in tensions between Beijing and Washington with both sides slapping duties on each others’ imports.

Autos, which were among the leading gainers a day earlier, slipped 1.1%, weighed down by shares of Renault and Volkswagen.

In an earnings-heavy day for British companies, London’s FTSE 100 outperformed its peers. The blue-chip index was helped by Compass Group Plc shares after the caterer raised its full-year revenue outlook. [.L]

E.ON tumbled more than 5%, among the biggest losers, as Goldman Sachs downgraded the energy company’s stock. Its shares also traded ex-dividend. On the other hand, its rival RWE rose after beating quarter profit expectations.

“While the recession in the German industry may have started to bottom out, businesses in the export-orientated sector barely added anything to growth in the first-quarter,” said Florian Hense, an economist at Berenberg.

“The German economy is not out of the woods, yet.”