Home » Markets » 'It's not my first rodeo': Legendary investor Jim Rogers shares 3 ways he is positioning as speculative bubbles grow larger — and where to shield in a market correction 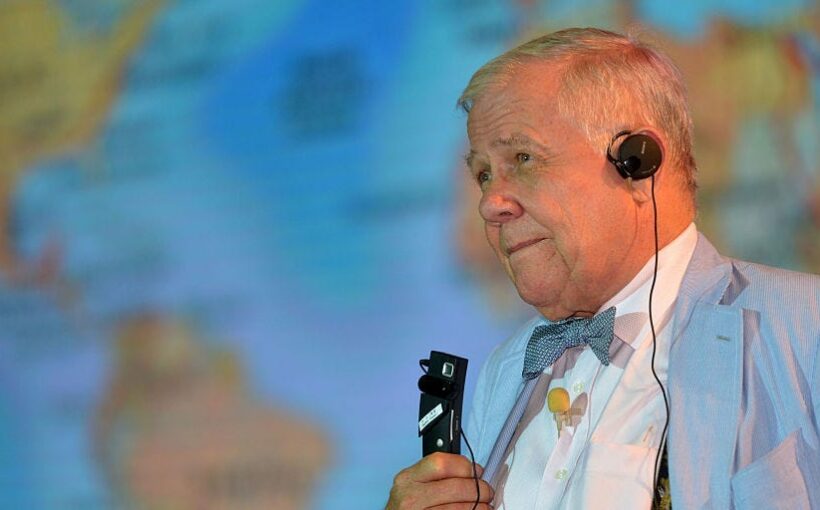 Legendary investor Jim Rogers continues to see signs of classic speculative bubbles forming in the market as bitcoin soars in price 153% since the start of December and as retail investors flock to the stock market.

This comes as a growing number of investors  and economists speak out about speculative bubbles ranging from Jeremy Grantham to David Rosenberg.

Rogers touched on the topic of stock market bubbles in an interview with Daniela Cambone of Stansberry Research on February 11.

Read more: Jeremy Grantham predicted the past 2 financial meltdowns. Now he says these 3 signals are foreshadowing a crash in another bubble being created by stocks and SPACs.

In the interview, Cambone said a previous guest was predicting a 40% market crash in April this year. While Rogers said it wasn’t a bad observation, he would rather not predict when a bubble might burst.

“I try to play it as I go along,” Rogers said in the interview.

But the signs of a classic bubble are all there, and it plays out more or less the same way, he said. The bubble bursts and a lot of people will lose a lot of money.

“I’ve been to this movie before,” Rogers said. “It’s not my first rodeo.”

In terms of the type of correction, Rogers suggested between 50% to 60%, with some stocks going down 80% to 90%. He said this is just the reality of a market crash.

What makes this scenario more difficult is the amount of debt globally, Rogers said. There is now far more debt on the Federal Reserve’s balance sheet than during the financial crisis, due to the central bank’s response to the coronavirus pandemic.

The current levels of debt  and borrowing are not good for this generation and the next generation, Rogers said. He is particularly concerned about the groupthink between the Treasury department and the Federal Reserve, highlighting that US Treasury Secretary Janet Yellen was the former head of the Federal Reserve.

Where to seek shelter?

For investors worried about a looming market correction, Rogers said nowhere in investing can be considered safe. But he does recommend short selling for those who are experienced, as well as going into cash.

“You have to have the right cash,” Rogers said. “In 2007/2008, a lot of people saw problems coming in and they went into cash. A lot went into Icelandic krona, Iceland went broke, you know, lost a huge amount of money going into cash.”

Read more: It could take just 2 catalysts for pockets of speculation to snowball into a widespread bubble, one global strategist says. He recommends 3 ways to capitalize on this frothy environment.

Rogers said if he had to pick a currency, he would pick the US dollar.

This goes against some contrarian views that the current levels of debt and borrowing will mean individuals start to lose faith in the US dollar, which in turn, could diminish its status as global reserve asset and encourage investors to move toward other countries’ currencies or even digital currencies.

The cheapest asset class in the world

Rogers is known for the Rogers International Commodity Index and also wrote a famous commodities book called “Hot Commodities”. He remains bullish on the asset class and says it is the cheapest asset class he knows in the YouTube interview.

Rogers said commodities still remain fairly cheap relative to bonds, property and stocks, which he thinks are in bubbles.

Rogers owns gold and silver. “I will be buying more of both, not now, I’m waiting for the correction,” he said. “If there’s a correction, I will buy silver and I’ll buy more silver. Silver’s down 45% from its all-time high.”

Silver is a good alternative commodity for investors to gold. It’s cheaper and being leveraged in a lot of new applications, such as solar energy, Rogers said.

He also highlights that copper, which is used in electrics and electronics, is likely to remain in demand as electric vehicles use five times more of the metal than regular cars and that he is still buying agriculture.

“I don’t have a price for gold or silver right now, I let the market usually tell me what to do,” Rogers said. “I like despair, when I see despair, of people giving up on something, then I will probably buy more silver, more gold but there’s certainty not despair in either of those markets right now.”

What to buy right now?

Despite concerns among some market-watchers of asset bubble, Rogers said he will continue to buy commodities, as well as non-US stocks.

Read more: GOLDMAN SACHS: Buy these 13 stocks poised to benefit from surging commodity costs — including 2 set to soar by more than 40%

In the interview, he said he would likely buy more Russian stocks and would also continue buying Japanese exchange-traded funds, which the Japanese central bank is also known for buying. The Wall Street Journal reported the Bank of Japan owns 90% of all ETFs in the country.

Get the latest Silver price here.

Get the latest Gold price here.