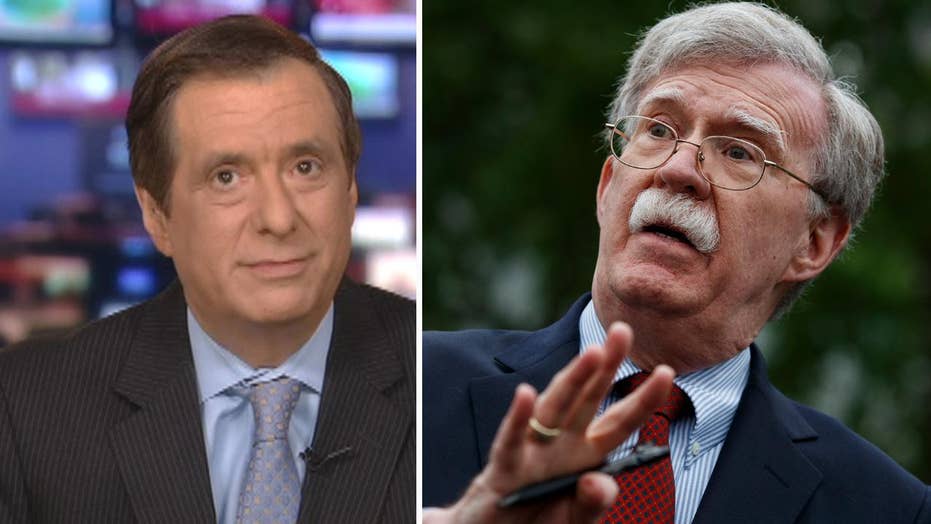 Howard Kurtz: Why Trump fired John Bolton with so many foreign challenges

When it comes to the murky case of the CIA spy who was pulled out of Moscow out of concern for his safety, the New York Times played it pretty straight.

But the Times account undermines a story posted earlier by CNN, which sought to blame the episode, in part, on President Trump.

And therein lies a tangled tale of espionage, intrigue, journalism, and a former Obama administration official who is now working as a reporter and anchor.

The broad outlines were already known: The CIA had developed a relationship with a high-level Russian official who had access to Vladimir Putin—and who provided sensitive information about the Kremlin’s hacking of our 2016 election.

What’s new is that the agency became concerned about the man’s personal safety and pushed to relocate him. When he refused, on family grounds, officials became suspicious that he might have turned and become a double agent for Russia—and feeding his handlers bad information, according to the Times.

But the CIA did get its spy out of Russia in 2017, and the question now is why.

The CNN piece, based on a single unnamed source, points the finger at the president:

“A person directly involved in the discussions said that the removal of the Russian was driven, in part, by concerns that President Donald Trump and his administration repeatedly mishandled classified intelligence and could contribute to exposing the covert source as a spy.”

“The decision to extract the informant was driven ‘in part’ because of concerns that Mr. Trump and his administration had mishandled delicate intelligence, CNN reported. But former intelligence officials said there was no public evidence that Mr. Trump directly endangered the source, and other current American officials insisted that media scrutiny of the agency’s sources alone was the impetus for the extraction.”

The Washington Post also downplays the CNN theory, while noting that the informant was spirited out of Russia after Trump revealed classified counterterrorism information to the Russian ambassador and foreign minister at an Oval Office meeting:

“That disclosure alarmed U.S. national security officials, but it was not the reason for the decision to remove the CIA asset, who had provided information to the United States for more than a decade, according to the current and former officials.”

SUBSCRIBE TO HOWIE'S MEDIA BUZZMETER PODCAST, A RIFF OF THE DAY'S HOTTEST STORIES

News outlets can disagree on details and motivation in the shadowy world of spying, where so much is dependent on anonymous sources. The Times, for example, got badly burned by Bush administration sources in its credulous reporting on Saddam Hussein’s nonexistent WMDs in the runup to the Iraq war.

But it’s worth noting that the CNN story was written by Jim Scuitto, who left ABC to become a political appointee in the Obama administration.

Scuitto’s story identifies him only as CNN’s chief national security correspondent. There is no mention of his past service with Obama. On the air, sometimes it is mentioned and sometimes it isn’t.

Scuitto’s role draws flak from Erick Erickson at the Resurgent:

“Based on CNN’s own reporting and conduct, if Sciutto had worked for George W. Bush or Donald Trump, CNN would raise questions about the ethical propriety of a story conjured by Sciutto that blasted an administration of the opposing party… If Jim Sciutto were from a Republican administration and did this on Fox, CNN would have lots of questions. We all know it and the people at CNN know it.”

This is not simply a matter of past history. As the Times put it:

“The person’s life remains in danger, current and former officials said, pointing to Moscow’s attempts last year to assassinate Sergei V. Skripal, a former Russian intelligence official who moved to Britain as part of a high-profile spy exchange in 2010.”

Meanwhile, Trump dropped a foreign policy bombshell yesterday by firing John Bolton. The president was not subtle about why he’s dumping his third national security adviser in almost three years, saying he informed Bolton “that his services are no longer needed at the White House” and that he “disagreed strongly with many of his suggestions, as did others in the administration.”

The news stories about Bolton losing influence turned out to be true. The former Fox News contributor and his boss clashed on many issues, and Trump openly joked about Bolton’s hawkish views and having to resist his inclination to start wars.

It was no secret that Bolton was skeptical about the president’s nuclear talks with Kim Jong-un and differed with the approach on Iran as well. The triggering event was clearly Bolton’s opposition to Trump inviting Taliban leaders to Camp David, a secret meeting that the president canceled after an American soldier was killed in Afghanistan.

Bolton tweeted that he offered to resign Monday night and that Trump said they would talk about it the next day. Turns out there wasn’t much to talk about. Bolton also had repeated disagreements with Mike Pompeo, who confirmed that to reporters yesterday.

The president, who no longer has his original heads of State, Defense or Justice, and is on his third chief of staff and press secretary, tends to lose patience with advisers who repeatedly disagree with him. People who join the administration are well aware of that. I doubt that Bolton, who knew Trump had a very different approach to foreign policy, is shocked that his time is up after less than a year and a half.