WASHINGTON (Reuters) – U.S. House of Representatives Speaker Nancy Pelosi said talks with the White House on a coronavirus aid bill were not near a deal on Friday, as federal unemployment benefit that has been an essential lifeline for millions of Americans were set to expire.

Asked why she rejected a proposal from Republican President Donald Trump’s administration for a one-week extension of the $600 enhanced weekly jobless payment, Pelosi told reporters that such a move would occur “if you are on a path” toward a deal.

Pelosi, the nation’s top elected Democrat, said she thought Congress and the White House eventually will come together on legislation, although she gave no timetable.

Referring to the mounting deaths from COVID-19 and rapidly rising cases, Pelosi said: “This is a freight train that is picking up steam. … It must be stopped.”

In some of her toughest criticisms so far, she said that Republican delays on legislation and “distortions” about the pandemic “has caused death unnecessarily.”

White House officials took their own hard partisan line, accusing Democrats of refusing Trump’s proposals to extend the jobless benefit and a moratorium on evictions that expired last week.

“What we’re seeing is politics as usual from Democrats on Capitol Hill,” Meadows – a former Republican House member – told reporters.

Lawmakers and the White House are at odds over efforts to further shore up the economy and manage the novel coronavirus pandemic, which has left tens of millions of Americans out of work and killed at least 152,384 people in the United States.

In a meeting on Thursday night between top White House officials and congressional Democratic leaders, negotiations focused on an extension of the $600 per week in federal unemployment benefits, which Americans who lost jobs because of the health crisis have been receiving in addition to state jobless payments.

According to a person familiar with the closed-door negotiations, the White House proposed continuing the $600 weekly unemployment payment for one week, which Pelosi and Schumer rejected. The White House then proposed reducing the $600 weekly payment to $400 for the next four months. While that was a move toward Democrats’ demands, the source said they rejected it as insufficient.

The source, who asked not to be identified, said the White House also hinted it could embrace a deal without the legal protections from lawsuits for companies and schools that McConnell has said must be included.

On Thursday, Senate Republicans tried, without success, to pass a bill reducing the jobless benefit to $200 per week.

With 30 million people are currently collecting jobless benefits, government relief efforts now represent 7.1% of American personal income. That’s far above the previous record of 1.55% set in July 1975, according to data from the Bureau of Economic Analysis. 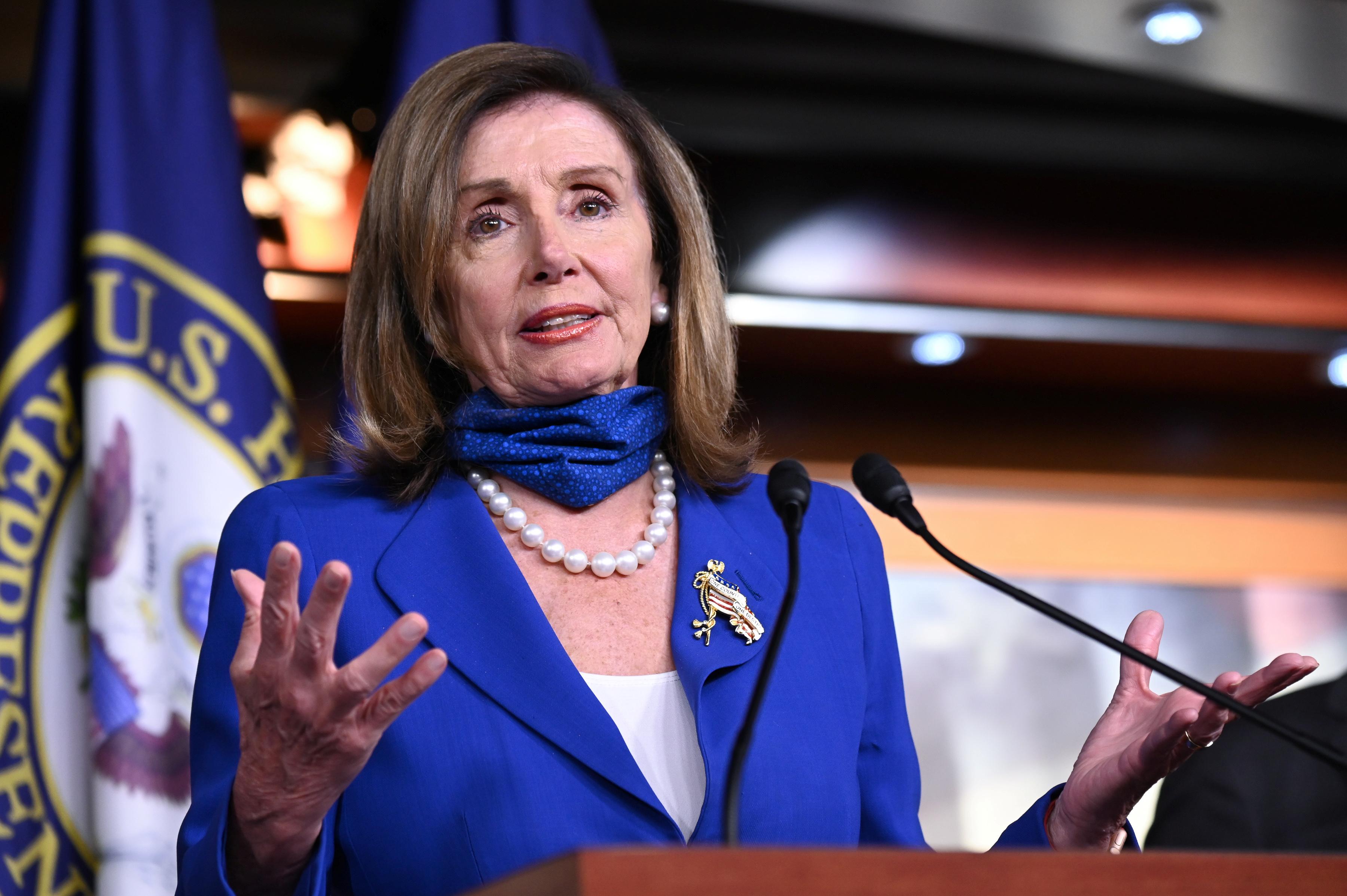 Democrats want a wide-ranging economic stimulus bill that would include about $1 trillion in aid to state and local governments experiencing plunging revenues during the economic downturn.

In mid-May, the Democratic-controlled House passed a $3 trillion bill that the Republican Senate has ignored.