Home » Markets » Strategist: Vote with your ballot, not portfolio in 2020

New York (CNN Business)Big tech stocks have been extremely popular bets for many investors for several years — and 2019 is no exception.

Apple (AAPL) shares are up nearly 70% this year, making it the top stock in the Dow. Microsoft (MSFT) is on fire as well, surging almost 50%. And Facebook (FB) is one of the top stocks in the S&P 500 this year; it’s up more than 50% despite numerous controversies.
But some market experts say value stocks and bonds might be better options than these momentum plays and remaining FAANG stocks Amazon (AMZN), Netflix (NFLX) and Google owner Alphabet (GOOGL) heading into 2020.

There are growing concerns that the global economy will slow further next year and that earnings expectations for 2020 may now be too high as a result. That would mean that the stocks that have run up the most have the biggest potential to fall.
“We’re treading lightly and taking some chips off the table. It’s hard to not take some profits,” said Jake Falcon, CEO of Falcon Wealth Advisors.

Falcon said that he sees value in high dividend yielding utility stocks as well as Treasury bonds. He also thinks there are better opportunities in small cap value stocks and emerging markets than there are in large US tech stocks.

Rotation time as investors look for yield over growth

Simply put, Falcon thinks that there needs to be new market leaders after growth has powered ahead for more than decade since the broader market bottomed in March 2009.
“Overconfidence and complacency is a concern. It’s time to rebalance and be careful to not get too confident. This bull has been running for more than 10 years so we are looking to position our portfolio more defensively,” Falcon said.
Financials might also benefit from the Federal Reserve’s three interest rate cuts, said David Clott, co- portfolio manager of the Westwood Income Opportunity Fund. That’s because rate cuts could lead to increased lending growth. His fund has big holdings in mega banks JPMorgan Chase (JPM) and Bank of America (BAC) as well as insurer Chubb (CB). 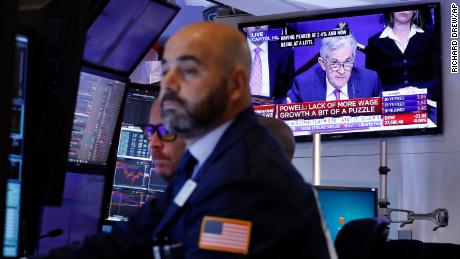 “Rate cuts should seep through to the real economy and accelerate economic growth,” Clott said. “That would benefit value stocks more since growth is more expensive right now and cyclical companies typically do better when there are economic tailwinds.”
To that end, banks have already started to move higher heading into the end of the year. The Invesco KBW Bank ETF (KBWB) is up more than 20% in the past three months, compared to a 7% rise for the S&P 500 (SPY).

Worries about tariffs and the likelihood of a lot of noise tied to the US presidential election are other reasons why some investors are starting to position their portfolios in a more defensive manner.
“The political uncertainties of 2020 will likely take longer to resolve,” said strategists at Neuberger Berman in their market outlook for next year. The Neuberger strategists argue that this could lead to big market drops similar to the fourth quarter of 2018, when stocks tanked due to concerns that the Fed was raising rates too aggressively.
“Against a background of stable economic data, these could present prolonged value opportunities,” the Neuberger strategists added. 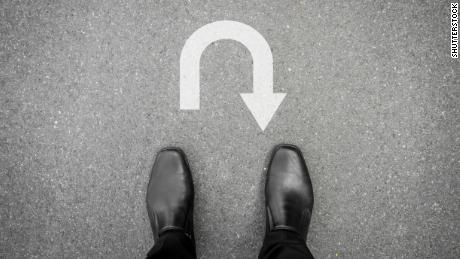 Politicians in Washington and Beijing could also give value stocks a boost — particularly industrial companies — if they are able to finally ink a so-called phase one trade deal that would prevent more tariffs from kicking in.
“A trade truce would lift the clouds for the market,” Clott said.
But value stocks in particular would be the biggest beneficiaries of more tranquil trade talks, said Lori Calvasina, head of US equity strategy at RBC Capital Markets, in a report last week. She said her firm is recommending financials, industrials and utilities.

These sectors should outperform because tech and other momentum stocks look to be overvalued, especially since their future earnings growth forecasts are no longer dramatically higher than the expectations for value stocks.
“The shift from growth to value can keep going as long as economic angst continues to recede,” Calvasina said. “The stage has been set for a rotation in style leadership for quite some time.”
Source: Read Full Article