Which emerging markets are the most promising?

Founder and chairman of Research Affiliates Rob Arnott says now is a good time to shift money into value stocks and into emerging markets outside of the U.S.

TOKYO  - U.S. stock futures and Asian shares regained some footing on Tuesday following a small bounce in European shares as investors looked to whether high-flying U.S. tech shares could recover from their recent rout.

30% OF AMERICANS SAY ECONOMY IS 'GOOD' DESPITE DOWNTURN

While many market players say they cannot pinpoint a single trigger for the Nasdaq’s sudden plunge, valuations have been stretched after its gain of 75% from a bottom hit in March.

Tesla (TSLA.O), the poster child of the euphoria in U.S. big technology stocks with a year-to-date gain of a whopping 400%, looks set to fall after it was excluded from a group of companies that were being added to the S&P 500. 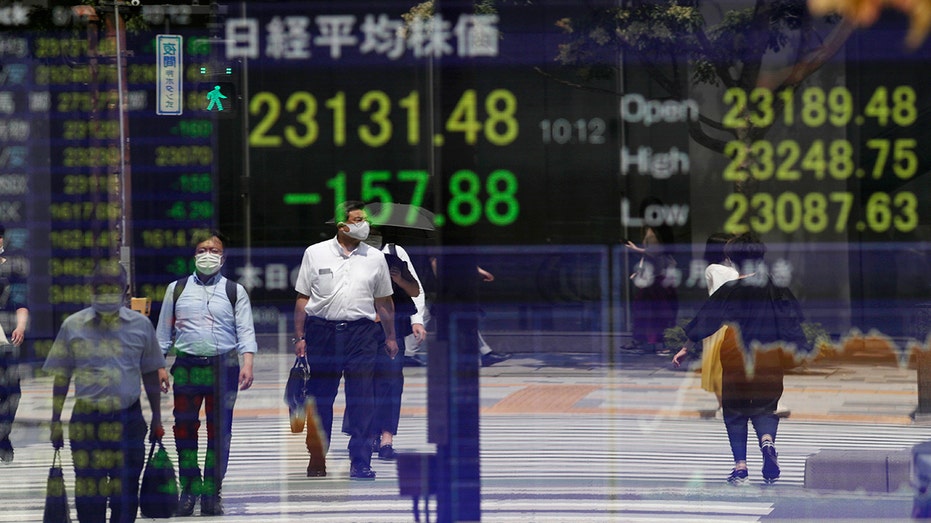 People wait at a traffic intersection, reflected on a monitor showing Japan’s Nikkei 225 index at a securities firm in Tokyo on Monday, Aug. 17, 2020. Japanese stocks sank while other Asian markets gained Monday after Japan reported a record economic

“Those tech shares were becoming expensive so I would see their latest fall as a healthy correction,” said Masahiro Ichikawa, senior strategist at Sumitomo Mitsui DS Asset Management.

Risk assets also face headwind from creeping doubts that U.S. policymakers may not be willing to compile massive stimulus as some traders had hoped for.

“The headline figures from Friday’s U.S. jobs data were pretty good, so that could lead to speculation policymakers may no longer be eager to dole out trillions of dollars to support the economy,” said Masahiko Loo, portfolio manager at AllianceBernstein.

“Markets may have gone too far in expecting the Federal Reserve to announce more easing steps this month,” he said, adding receding expectations is one reason behind a rise in U.S. bond yields last week.

In currencies, sterling dropped after the European Union told Britain on Monday that there would be no trade deal if it tried to tinker with the Brexit divorce treaty.

The warning came after British Prime Minister Boris Johnson’s government was reported to be planning new legislation to override parts of the Brexit Withdrawal Agreement it signed in January.

Other currencies barely moved with rises in U.S. yields helping to stem the dollar’s recent weakness.

Oil prices dropped to five-week lows after Saudi Arabia made its deepest monthly price cuts to supply for Asia in five months and as uncertainty over Chinese demand clouds the market’s recovery.