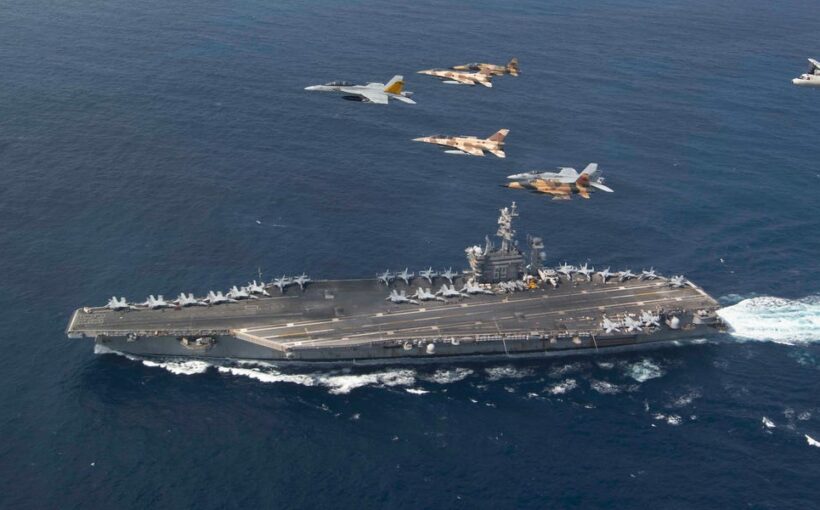 In February, the Dwight D. Eisenhower Carrier Strike Group got to work with Naval Special Warfare in a “historic” and pioneering exercise.

The training was a glimpse of how the Navy could operate in a potential conflict with China in the Indo-Pacific region. 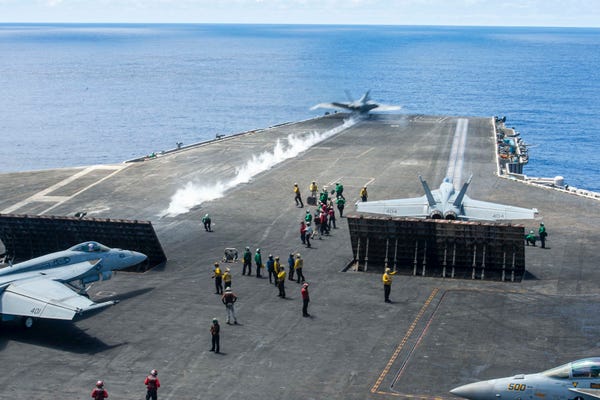 Before a carrier strike group sails off for a deployment, it must pass a thorough composite unit training exercise. In this grand rehearsal, each ship and aircraft squadron showcases its capabilities individually and then the whole carrier strike group comes together and shows that it can work smoothly as a force.

During the exercise, SEAL and SWCC operators acted as the eyes and ears of the carrier strike group and assisted with directing airstrikes, over-the-horizon targeting, and close-air support.

Because they have specialized watercraft and training, Navy special operators can stealthily approach a target and relay intelligence back to the carrier strike group’s hard hitters.

It also included what the Navy called an “inaugural NATO vignette,” consisting of “familiarity training” using NATO procedures and communications, which produced “a clear list of interoperability requirements” for the Navy.

In essence, the exercise was an attempt by the Navy to put theory into practice, testing its conventional forces’ ability to work with special-operations units during an incident or conflict with a near-peer adversary.

The ability to work together in contested areas has been given new relevance by the Chinese military’s increasing investments in anti-access/area-denial (A2/AD) capabilities.

In a nutshell, A2/AD capabilities create a bubble around a specific area in which the opposing force is severally hamstrung — in China’s case, to prevent or restrict the movement of US and allied forces in the Pacific in the event of a war.

China is still a long way from turning the Pacific Ocean into its own lake where the US wouldn’t be able to operate freely, but US officials are increasingly worried about the challenge it poses. 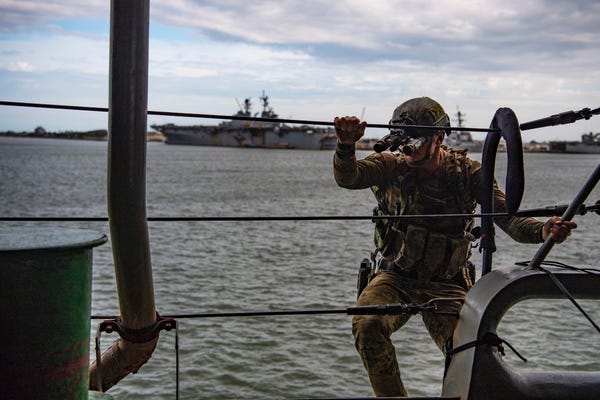 Naval Special Warfare is composed of the SEAL Teams and the Special Boat Teams.

Historically, Naval Special Warfare’s integration with the Navy’s conventional forces, sometimes called Big Navy, has been varied, dependent on the commanders in charge at the time and overall operational demands.

Before the September 11 terrorist attacks, SEAL platoons would embark on Navy ships for six-month rotations called “Arc Light.” During these deployments, SEALs would be on standby to conduct VBSS operations against a suspect or enemy ships or to react to an emergency, such as the evacuating a US Embassy or getting Americans and other civilians out of a hotspot.

“I wouldn’t say often, but we did work with them,” a former SWCC operator said of the integration.

“There were times that we would participate in towing drills with smaller ships. We also worked with amphibious ships quite a bit, conducting well-deck operations,” the former operator told Insider. 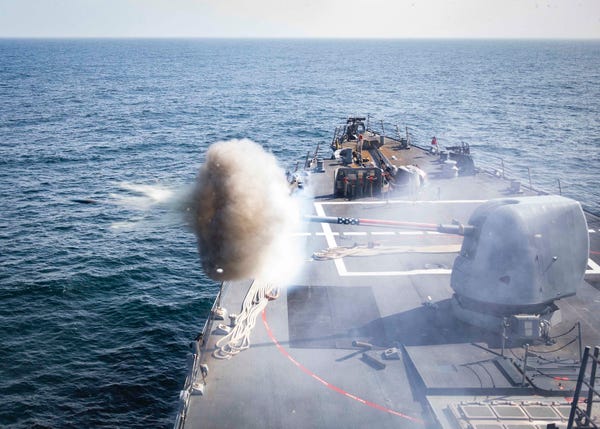 Great-power competition hasn’t only prompted the US military to focus more on China and Russia. It’s also led to a new era of integration between the Big Navy and Naval Special Warfare.

“I think the new age of NSW and maritime special operations is going to get pulled in tighter with the fleet. For the last 20 years, we’ve been fighting in places that NSW was never really designed to be,” the former SWCC operator said.

NSW answered that demand, but with renewed focus on conventional rivals with long coastlines and maritime assets, “NSW will most likely find itself going back to its maritime roots,” the former operator said, adding that some support for land-based operations will likely continue as well.

The South China Sea is packed with small man-made islands that the Chinese military has been fortifying for years to back up Beijing’s claims over the sea, which have been widely rejected. This is the ideal operational environment for special-operations units.

“I won’t be surprised if SEALs and SWCCs start riding around on Navy ships in theater. It certainly won’t be a morale booster, but it may be what’s required in this new era of great-power competition,” the former SWCC operator said.

The Chinese military could put more than 750 vessels of various sizes and capabilities to sea in the event of conflict. Consequently, the US military can’t waste resources, meaning it will need increased cooperation between different elements of a service as well as among the services themselves.

Stavros Atlamazoglou is a defense journalist specializing in special operations, a Hellenic Army veteran (national service with the 575th Marine Battalion and Army HQ), and a Johns Hopkins University graduate.