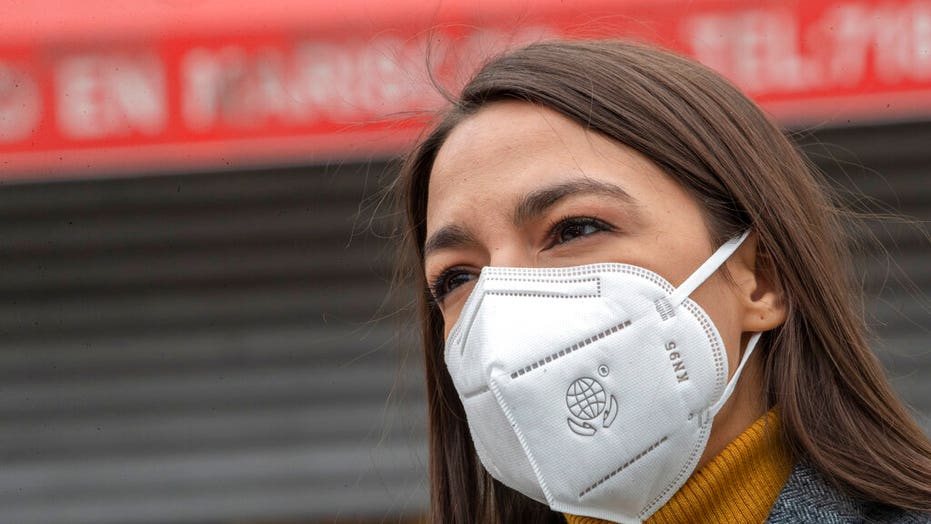 Rep. Alexandria Ocasio-Cortez slammed Republicans for calling female lawmakers by nicknames after President Trump referred to her twice as “AOC” in Thursday’s debate.

“I wonder if Republicans understand how much they advertise their disrespect of women in debates when they consistently call women members of Congress by nicknames or first names while using titles & last names when referring to men of = stature,” the New York Democrat tweeted.

“Women notice. It conveys a lot,” she wrote.

The congresswoman said her nickname was “given to me by community & the people,” and they could call her “AOC.”

“Government colleagues referring to each other in a public or professional context (aka who don’t know me like that) should refer to their peers as 'Congresswoman,' 'Representative,' etc. Basic respect 101,” she continued.

Some on Twitter noted that Trump calls nearly all of his opponents, regardless of gender, by nicknames.

“Trump literally calls Biden 'Sleepy Joe.' He called Rubio 'Little Marco' to his face during the 2016 debates. He never uses professional titles for anyone. Not everything is sexism,” Daily Wire contributor Matt Walsh wrote on Twitter.

“You do this all the time, referring to ‘Trump’ or ‘Pence,’” wrote Fee Online contributor Brad Polumbo. “Just *stop* with the endless self-victimization. It's pathetic and tiring.”

Trump was referring to the Green New Deal, spearheaded by Ocasio-Cortez, but Biden at the last debate separated himself from the economic overhaul proposal.

“The Green New Deal is not my plan,” Biden said, responding after Trump called out the former vice president over the climate proposal.

In June, Biden unveiled his "Biden Plan for a Clean Energy Revolution & Environmental Justice" –  a $1.7 trillion, 10-year proposal that his campaign said would be supplemented by leveraging more than $5 trillion in additional private-sector and state and local investments.

In addition, the Biden plan promises 100% clean energy and net-zero emissions by 2050, to regulate polluters and demand other countries meet climate targets.

The former vice president vowed he’d pay for the new plan by rolling back the tax incentives in Trump’s tax cuts that he argued “enrich corporations at the expense of American jobs and the environment.”