Home » Politics » As the US military prepares for a potential showdown with Russia, the Navy's explosive experts are clearing a path north

After two decades of fighting smaller, less capable enemies in the Middle East, the US military is switching its focus to near-peer adversaries — namely, China and Russia.

Concern about Russia has drawn the US’s attention to the high north. The US Navy has already revisitedplaces it hasn’t been since the Cold War, and this month in Alaska, the service’s explosive ordnance disposal personnel helped clear a path into the strategically valuable region.

On Adak Island in the Aleutian Island Chain, about 115 members of Explosive Ordnance Disposal Group 1 are taking part in a first-of-its-kind cold-weather training exercise, Arctic Expeditionary Capabilities Exercise 2019, meant to train Navy and Marine forces to respond to crises and to prepare them for the rigors of austere environments. 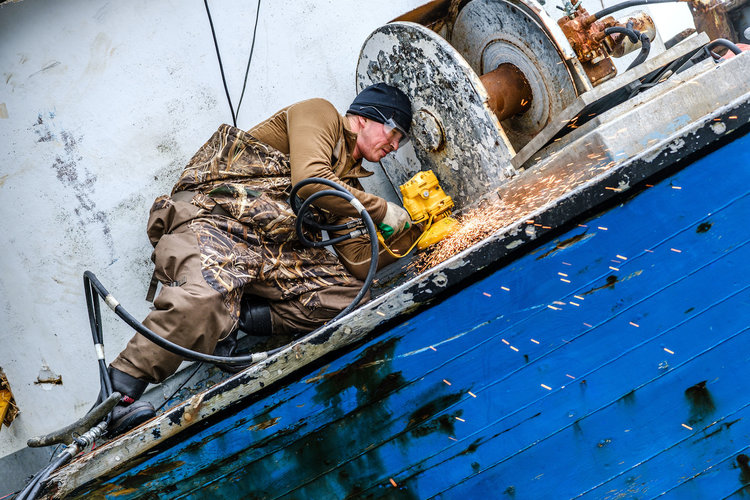 Navy Diver Second Class Fritz Laos of Mobile Diving and Salvage Unit One uses a grinder to cut away at the deck of the F/V Heritage, September 2, 2019.US Navy/Senior Chief Petty Officer Brandon Raile

Navy divers and EOD personnel conducted a number of exercises at Adak, the westernmost city in the US, including putting unmanned and remotely operated vehicles to the test in the frigid Alaskan waters.

They also helped address hazards to navigation in the area, including the hulk of an abandoned fishing vessel that had been “impeding access to [Adak’s] primary boat ramp for 10 years,” according to Capt. Oscar Rojas, commodore of Explosive Ordnance Disposal Group 1.

“This boat ramp is the primary launching point for private [and] commercial fishing. So we’re leaving the environment in a better position than we found it,” Rojas told reporters this week.

Removing the abandoned fishing vessel not only removed a navigational hazard, Rojas said.

“It also sets conditions for future military training operations in the region. So now, because of the salvage operations that were conducted during AECE by our forces, Adak now has a clear access to the Bering Sea and could be potentially used as a forward staging base due to its deep-water port and close proximity to our near-peer competitors.” 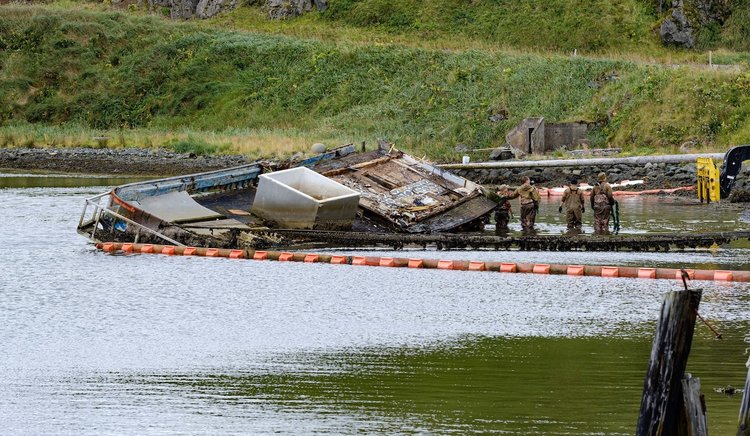 Sailors from Mobile Diving and Salvage Unit One dismantle the hull of the F/V Heritage, September 3, 2019.US Navy/Senior Chief Petty Officer Brandon Raile

The removal offered “realistic and relevant training” for Navy divers in a cold-water environment to ensure they can maintain physical access to ports and “contribute to our nation’s lethality whenever, wherever,” a Navyrelease said.

Divers are also scheduled to survey two sunken tug boats in the main jetty of Adak’s Sweeper Cove and produce a salvage report to determine possible removal or salvage in the future.

“The Navy is thankful for the support from the city of Adak, including all of their business owners and government officials, who have graciously welcomed our Navy divers to the area,” Lt. Cmdr. Leon Faison, officer in charge of the salvage operation, said in the release.

Back in the cold-weather business 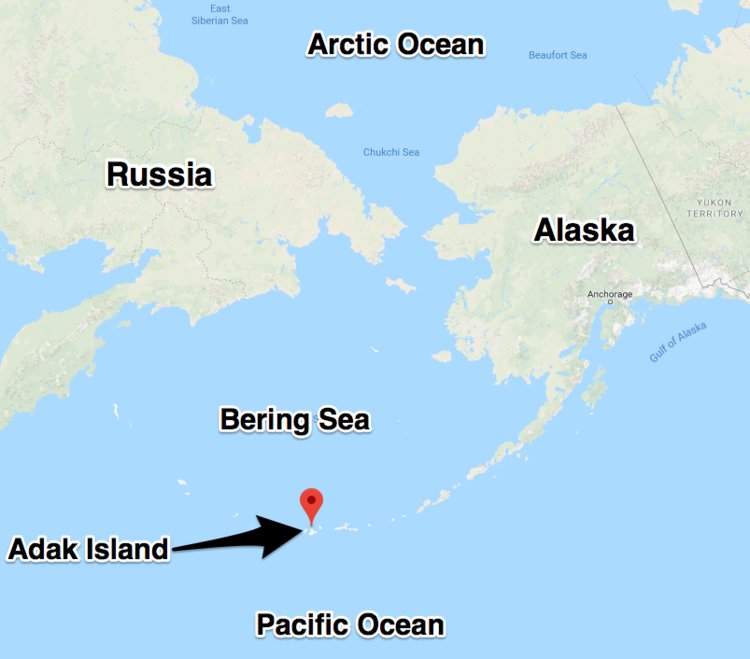 Adak Island, which once hosted a Navy base, is now is the site of a commercial airport.Google Maps

Adak is not new territory for the Navy.

A naval facility on the northern side of the island took up more than76,000 acres and was an important base for submarine surveillance during the Cold War. But the Navy shut down military operations there in 1997.

With concern rising about great-power competition with Russia and China, both of which are active in the Pacific and Arctic, has come renewed interest in getting ” back into the cold-weather business” — specifically at Adak.

Navy Secretary Richard Spencer has visited Alaska and inquired about restarting operations at Adak. Navy planning officials told him it would cost $1.3 billion to go back to the island, which left him ” gobsmacked.” 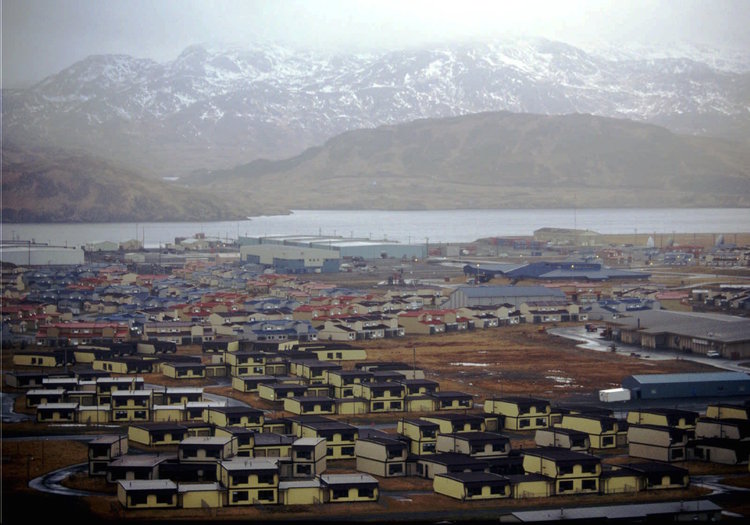 Hundreds of houses, schools, warehouses, hangars, and other structures sit empty at Naval Air Station Adak in February 1997, before the Navy’s departure from the island outpost on March 31 that year.(AP Photo/Al Grillo)

Spencer has said he only wants to use Adak’s facilities “for a couple of weeks here and there,” and at a Senate hearing in December he told lawmakers he and the Navy’s vice chief of naval operations “have talked about possible P-8 [deployments] up to Adak.”

The airstrip at the base “is in great shape,” Spencer said after the hearing. Fuel farms and de-icing platforms there could be used for the P-8, and even with clean-up costs and lodging rentals, “it really isn’t a big bill,” hetold Breaking Defense.

The P-8 Poseidon is the Navy’spremier sub-hunting aircraft, and it has already returned in earnest to Keflavik in Iceland, which sits on a prime route between the Arctic and Atlantic oceans.

‘Our Navy EOD forces will be back’ 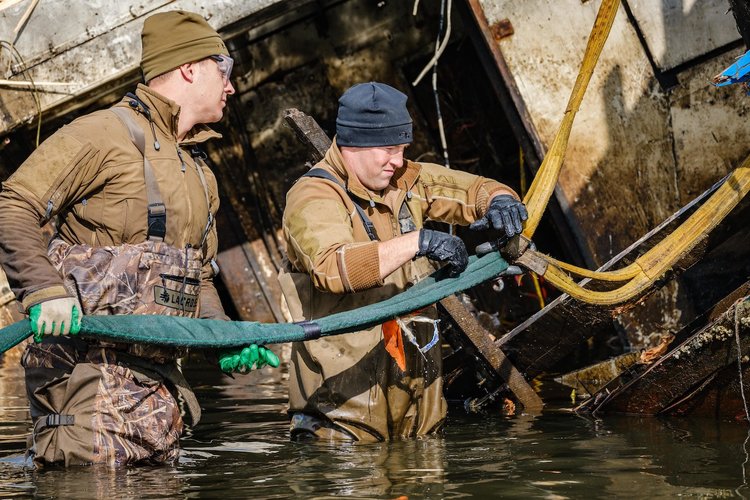 The Navy has made other moves to reassert its presence in the Arctic around Alaska.

The aircraft carrierUSS Theodore Roosevelt joined training operations during exercise Northern Edge in the Gulf of Alaska earlier this year — the first time a carrier group has taken part the biennial Arctic exercise in a decade.

But the Arctic is a region with demanding conditions, and sustaining a naval presence there will be a challenge. The need for specialized ships in particularcould affect the Navy’s ability to achieve its goals and remain flexible elsewhere.

Despite those hurdles, Rojas said he expected more to come at Adak and elsewhere in Alaska. 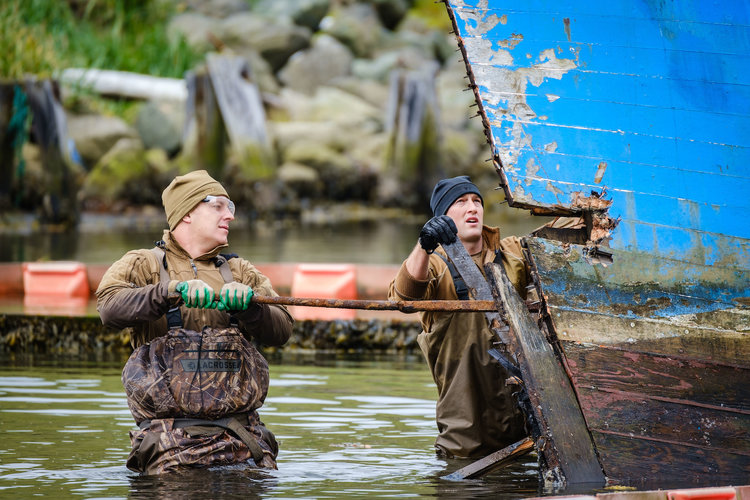 “I can’t speak to whether there will be an AECE 2020. This was the first one,” he told reporters this week.

“I hope that there [are] follow-on exercises that we do, but I will tell you that our Navy EOD forces will be back to Alaska, because Alaska’s a strategic location, and it is vital … so we have to become familiar with this operating environment.”

“We also have to have a good presence,” Rojas added. “We need to establish the relationships in Alaska with our … partners in order for us to be able to [have] more opportunities, not only for the military but also for the benefit of Alaska.”