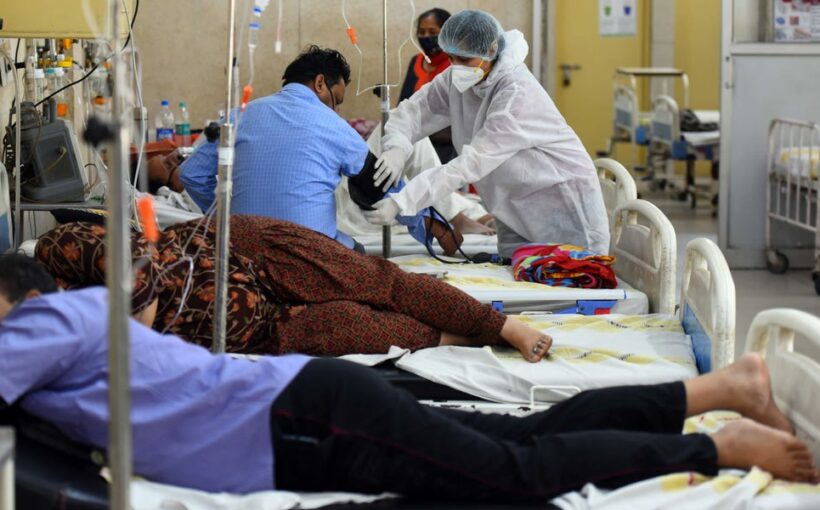 The new restrictions are on the advice of the U.S. Centers for Disease Control and Prevention and are imposed “in light of extraordinarily high COVID-19 case loads and multiple variants circulating in India,” the official said. A formal announcement is expected on Friday and the policy will take effect on Tuesday, May 4 at 12:01 a.m. ET.

Biden in January issued a similar ban on most non-U.S. citizens entering the country who have recently been in South Africa. He also reimposed an entry ban on nearly all non-U.S. travelers who have been in Brazil, the United Kingdom, Ireland and 26 countries in Europe that allow travel across open borders.

The policy means most non-U.S. citizens who have been in one of those countries – and now India – within the last 14 days are not eligible to travel to the United States. China and Iran are also both covered by the policy.

Second only to the United States in total infections, India has reported more than 300,000 new cases daily for nine days in a row, hitting another global record of 386,452 on Friday.

Total deaths have surpassed 200,000 and cases are nearing 19 million – nearly 8 million since February alone – as virulent new strains have combined with “super-spreader” events such as political rallies and religious festivals.

Medical experts say real numbers may be five to 10 times higher than the official tally.

Other countries have imposed similar travel restrictions on India, including the United Kingdom, Germany, Italy and Singapore, while Canada, Hong Kong and New Zealand have suspended all commercial travel with India.

Permanent U.S. residents and family members and some other non-U.S. citizens are permitted to return to the United States under the order.