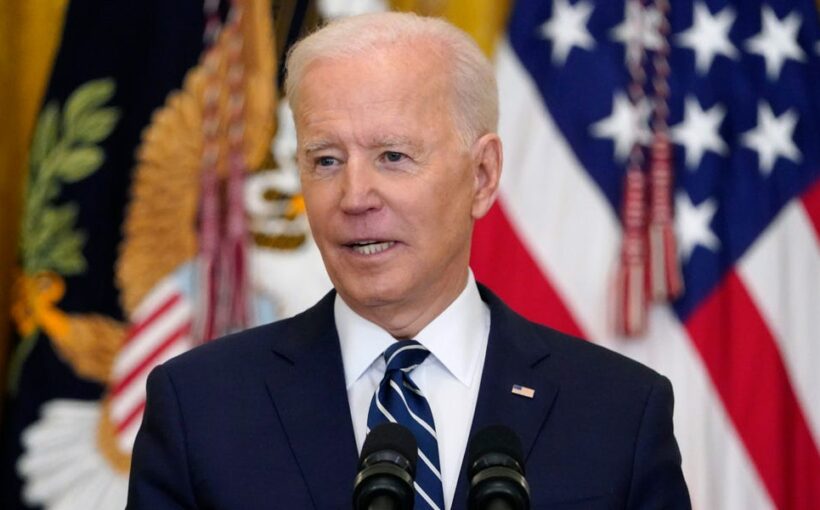 President Joe Biden ordered flags at the White House to be flown at half-staff after a Capitol Police officer died after a car rammed into a barricade outside the Capitol on Friday afternoon.

Earlier Friday, the Capitol went on lockdown after a vehicle rammed into an outside barricade, injuring two officers. One of the officers, later identified by the USCP as Officer William “Billy” Evans, later died from his injuries.

“Jill and I were heartbroken to learn of the violent attack at a security checkpoint on the US Capitol grounds, which killed Officer William Evans of the US Capitol Police, and left a fellow officer fighting for his life,” Biden said in a statement. “We send our heartfelt condolences to Officer Evans’ family, and everyone grieving his loss. We know what a difficult time this has been for the Capitol, everyone who works there, and those who protect it.”

The suspect was shot and killed by one of the officers after the driver “exited the car with a knife in hand” and “lunged” at the officers, Yogananda Pittman, the acting Capitol Police chief, said at a press conference. The National Guard was deployed to the Capitol shortly after the incident to assist Capitol Police officers who were lining the perimeter of the building.

“I want to express the nation’s gratitude to the Capitol Police, the National Guard Immediate Response Force, and others who quickly responded to this attack,” the president said in the statement. “As we mourn the loss of yet another courageous Capitol Police officer, I have ordered that the White House flags be lowered to half-mast.”

Biden’s move followed House Speaker Nancy Pelosi making a similar order to lower the flags at the Capitol to half-staff.

The lockdown at the Capitol was lifted around 3 p.m. local time.

The incident on Friday comes less than three months after pro-Trump rioters stormed the Capitol, resulting in the death of five people — including two Capitol Police officers.