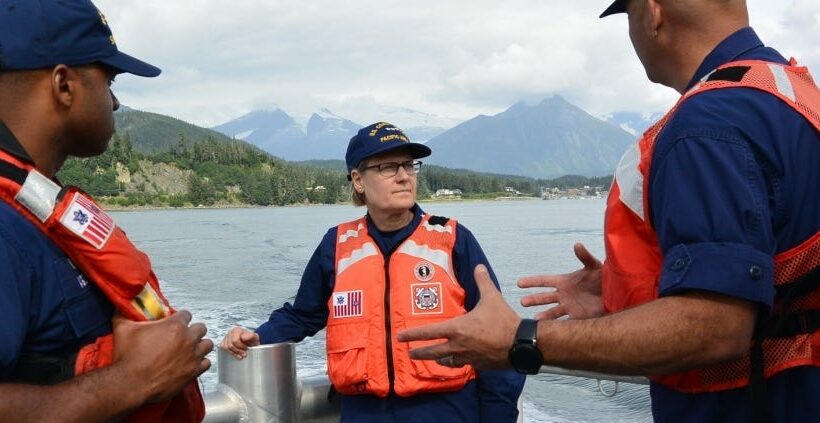 President Joe Biden’s pick to be the Coast Guard’s next vice commandant would be the service’s first female four-star admiral, if confirmed to the post.

Vice Adm. Linda Fagan, who has commanded the Coast Guard Pacific Area since June 2018, has been selected to take over for Adm. Charles Ray as the Coast Guard’s 32nd vice commandant.

Fagan’s nomination, which was first reported by Defense News, was officially announced Monday.

“I am pleased that President Biden has nominated Vice Admiral Linda Fagan to be the Vice Commandant of the United States Coast Guard,” Homeland Security Secretary Alejandro Mayorkas said in a statement.

The secretary further stated that “she is a superb leader who, as the 32nd Vice Commandant, will guide the Coast Guard at a time when its mission of securing our maritime borders, ports, and waterways has never been more important.”

“We are grateful to Vice Admiral Fagan for continuing her service to country, for the trail she has blazed, and for inspiring us all,” Mayorkas said.

Fagan graduated from the Coast Guard Academy in 1985 and is the service’s first-ever Gold Ancient Trident, a title reserved for the officer with the longest service record in the field of marine safety. Fagan has served the Coast Guard for more than three decades.

She currently oversees all missions from the Rocky Mountains to the East Coast of Africa, according to the service.

Adm. Karl Schultz, Commandant of the Coast Guard, celebrated this nomination on Twitter and in an official statement.

“Throughout her distinguished career, she has been a top performer and a trailblazer,” Schultz said in a statement. “As the Coast Guard’s first female four-star admiral, and President Biden’s nominee to serve as the Coast Guard’s 32nd Vice Commandant, Adm. Fagan will be instrumental in moving the Service forward at a critical juncture in our history.”

The Biden administration has placed importance on elevating women in the armed forces. It emphasized this in March when the president nominated Air Force Gen. Jaqueline Van Ovost and Army Lt. Gen. Laura Richardson to four-star posts as the commanders of Transportation Command and Southern Command, respectively.

The nominations for both women were held back during the Trump administration.

“We all need to see and to recognize the barrier-breaking accomplishments of these women,” Biden said at the time. “We need the young women just beginning their careers in the military service to see it and know that no door will be closed to them.”

“We need women and men throughout the ranks to see and celebrate women’s accomplishments and leadership in the services,” he continued. “We need little girls and boys both, who have grown up dreaming of serving for their country, to know this is what generals in the United States Armed Forces look like.”