The two-and-a-half minute film, posted on the Prime Minister’s official Twitter account, featured extracts of his address outside the front door of Number 10 shortly after taking office accompanied by stirring choral music. “We’re going to leave the EU on October 31st and make this country the best in the world to live in,” he said in a Tweet promoting the film, which he described as “my vision for Britain”. The video showed Mr Johnson meeting members of the public, police, hospital staff and Royal Navy personnel interspersed with iconic landmarks around the UK including Beachy Head, the Tyne Bridge, the Wales Millenium Centre and the Houses of Parliament.

And as the Prime Minister spoke of the “red, white and blue” of the Union Flag, his words were accompanied by a clip of the Red Arrows streaming smoke trails in the three colours.

The presidential style of the film, focused overwhelmingly on footage of the Prime Minister, is likely to intensify speculation that senior Tories are preparing for a snap general election this autumn.

In the extracts from his speech in Downing Street minutes after being appointed to his job by the Queen last month, Mr Johnson spelt out his aims for his premiership.

He said: “My job is to serve you, the people because if there is one point we politicians need to remember it is that the people are our bosses.

“My job is to make your streets safer – and we are going to begin with another 20,000 police on the streets and we start recruiting forthwith.

“My job is to make sure you don’t have to wait three weeks to see your GP and we start work with 20 new hospital upgrades, and ensuring that money for the NHS really does get to the front line. 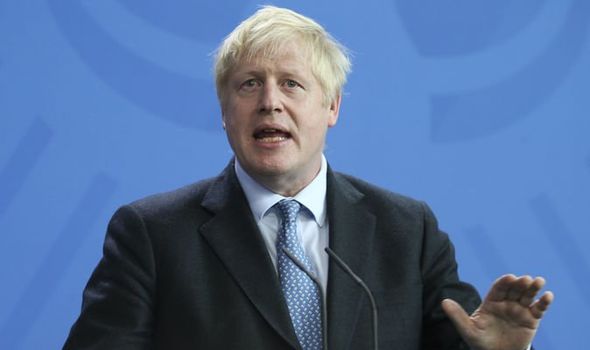 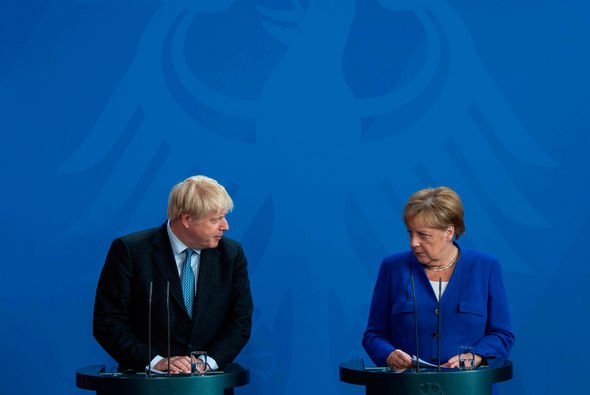 “My job is to make sure your kids get a superb education wherever they are in the country, and that’s why we have already announced that we are going to level up per pupil funding in primary and secondary schools.

“That is the work that begins immediately behind that black door.

“And I will tell you something else about my job; it is to be Prime Minister of the whole United Kingdom and that means uniting our country answering at last the plea of the forgotten people and the left behind towns because it is time we unleashed the productive power not just of London and the South East but of every corner of England, Scotland, Wales and Northern Ireland, the awesome foursome that are incarnated in that red white and blue flag who together are so much more than the sum of their parts.

“Brexit was a fundamental decision by the British people that they wanted their laws made by people that they can elect and they can remove from office and we must now respect that decision because we are going to restore trust in our democracy and we are going to fulfil the repeated promises of parliament to the people and come out of the EU on October 31, no ifs or buts.

“Because the British people have had enough of waiting, the time has come to act, to take decisions to give strong leadership and to change this country for the better.”