The Prime Minister accused the Labour leader of adopting an “agree, U-Turn and criticise” opposition approach as the pair clashed during Prime Minister’s Questions in the Commons. As Keir Starmer asked Boris Johnson why the Government eased coronavirus lockdown rules despite the UK’s alert level being at stage four, the Prime Minister raged: “He knows perfectly well that the alert level does allow it.

“And indeed he didn’t raise that issue with me when we had a conversation on the telephone.

“And he knows the reason we’ve been able to make the progress we’ve had is that the five tests had been fulfilled. 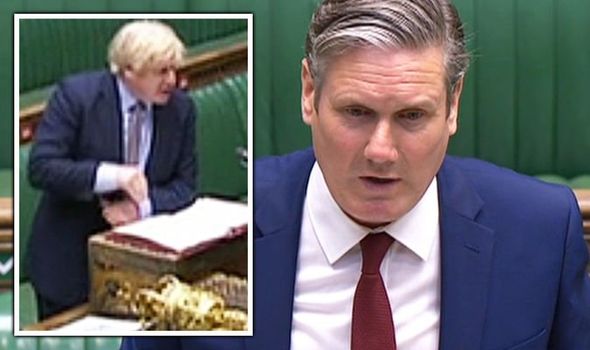 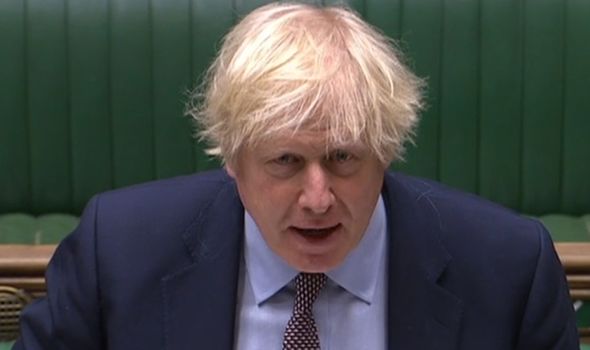 Mr Johnson also rejected the Labour leader’s claim that the Government’s test, track and trace system is not yet fully operational.

Sir Keir said: “Two weeks ago today at the despatch box the Prime Minister promised that we will have a test, track and trace operation that will be ‘world-beating and yes it will be in place by June 1’.

“But it isn’t. And a critical element, the ability of local authorities to respond to local spikes is missing.”

Mr Johnson replied: “I’m afraid he’s casting aspersions on the efforts of tens of thousands of people who have set up a test, track and trace system in this country from a standing start.

Responding to Mr Johnson’s call for “more co-operation” from Labour, Sir Keir said he wrote to the Prime Minister two weeks ago to offer help build a consensus for getting children back into schools but received no response.

Sir Keir said: “This is a critical week in our response to Covid-19. Whereas lockdown and stay at home were relatively easy messages, easing restrictions involves very difficult judgement calls.

“So this is the week, of all weeks, where public trust and confidence in the Government needed to be at its highest.”

He noted that the director of the Reuters Institute said they had never seen such a drop in trust in 10 years, adding: “How worried is the Prime Minister about this loss of trust?”

Mr Johnson denied the claim he had not responded, saying he “took the trouble to ring him (Sir Keir). 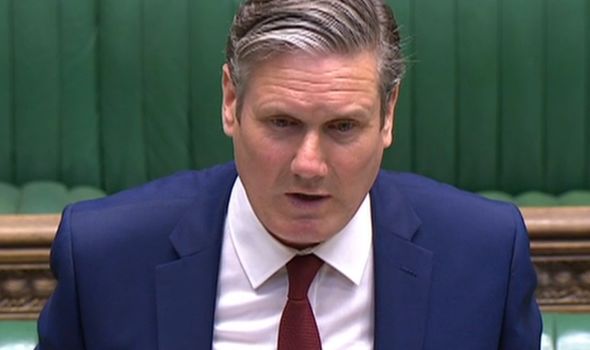 Sir Keir then claimed Mr Johnson’s use of statistics was damaging public trust in his Government.

He said: “The problem when the Prime Minister uses statistics is that the Statistics Authority has had concerns on more than one occasion.

“Yesterday, in a strongly worded letter to the Health Secretary, the chair of the UK Statistics Authority said that the statistics ‘still fall well short of expectations’.

“He went on to say ‘it is not surprising given that their inadequacy data on testing are so widely criticised and so often mistrusted’.

“Can the Prime Minister see how damaging this is to public trust and confidence in his Government?”

Mr Johnson replied: “I really do not see the purpose in his endless attacks on public trust and confidence.”