Home » Politics » Can Biden Still Win? Yes. Here Are the Paths for Him and Trump

The president was able to close off several avenues to an early Biden win, but the former vice president still has a number of options.

‘We Believe We’re On Track To Win,’ Biden Says Amid Tight Election

Biden, speaking on Tuesday to a crowd of his supporters in Wilmington, Delaware, said he felt confident about the election results and projections thus far and stressed the importance of counting every vote.

Your patience is commendable. We knew this was going to go long, but who knew we’re going to go into maybe tomorrow morning, maybe even longer? But look, we feel good about where we are. [cheering] We really do. [cheering and cars honking] I’m here to tell you tonight we believe we’re on track to win this election. [cheering and cars honking] We knew because of the unprecedented early vote and the mail-in vote that it’s going to take a while. We’re going to have to be patient until the hard work of tallying the votes is finished. And it ain’t over till every vote is counted, every ballot is counted. [cheering and cars honking] But we’re feeling good. We’re feeling good about where we are. Look, you know, we could know the results as early as tomorrow morning. But it may take a little longer. As I’ve said all along, it’s not my place or Donald Trump’s place to declare who’s won this election. That’s the decision of the American people. But I’m optimistic about this outcome, and I want to thank every one of you who came out and voted in this election. 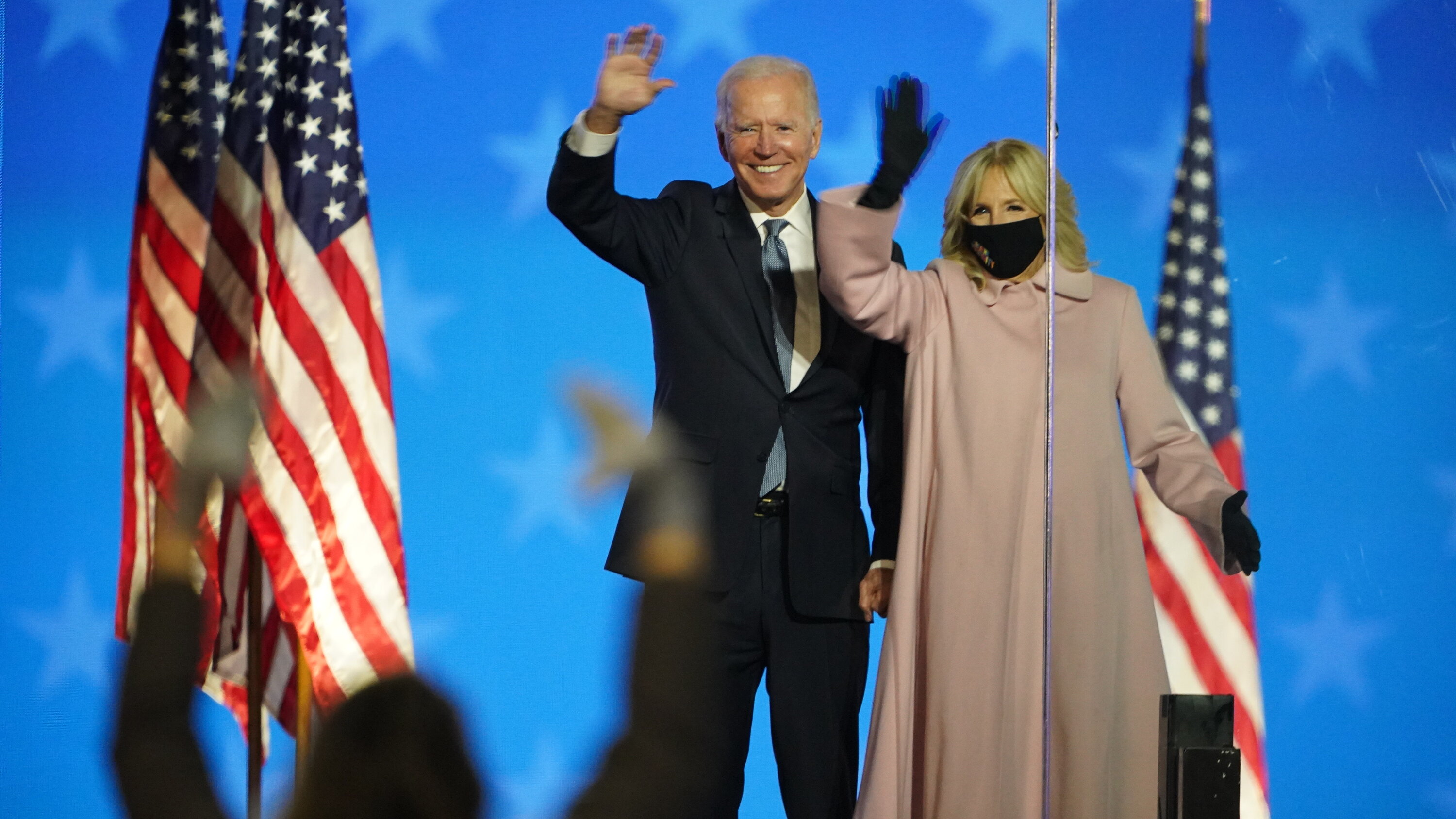