Like many a new Downing Street resident before her, Carrie Symonds has been catapulted into the sartorial spotlight. While Cherie Blair was caught unawares in her nightie, accepting flowers on her doorstep the morning after husband Tony became prime minister, Boris Johnson’s girlfriend was better prepared. Standing discreetly among the throng of party workers greeting the new leader on his first day at No10, Carrie wore a floral maxi dress by British label Ghost – an early sign of her eco credentials. The £120 floral frock in biodegradable viscose (made from cellulose, or wood pulp) sold out immediately.

But it was the demure print dress she wore last week for her debut solo speech at Birdfair, described as the bird watchers’ Glastonbury, that was a clear signal of her fashion priorities – and her potential to shape women’s shopping habits.

Alongside the Duchess of Sussex, who has chosen several ethical brands for public appearances, Carrie is one of a new breed of stylish high-profile women who could persuade us to shop with more of a conscience. The dress she wore to Birdfair was created by Justine Tabak, whose “slow fashion” message is loud and clear. She believes clothes should be made ethically, preferably from locally sourced textiles and in a British factory to support the economy and reduce its carbon footprint. And they should also be made to last, so we wear them for longer.

The Liberty of London cotton lawn fabric used by Tabak for the £225 dress is Oeko-Tex certified (a worldwide assurance that production is chemical free) and produced under the Better Cotton Initiative, that promotes higher standards in cotton production.

Liberty is also producing organic fabrics, as well as recycled and compostable textiles made from fishing nets, fabric scraps and lint. Tabak is hoping to use these alongside Irish linen and leftover fabrics, overproduced for big brands, in her collections.

Tabak claims her business is sustainable and ethical rather than eco. “I’m not looking to build an empire,” she says. “I want to build a good clothing brand that works on the basis of slow fashion, collaborating with other small British manufacturers and brands to showcase what this country has to offer in manufacturing and creativity. 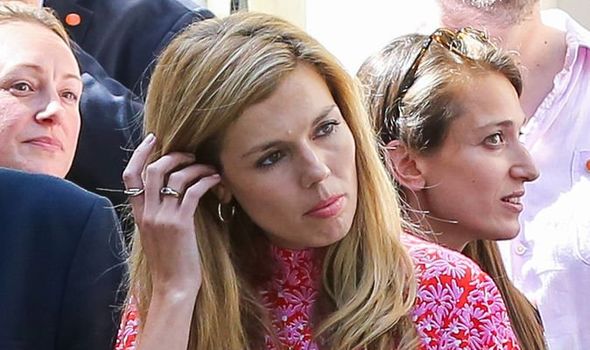 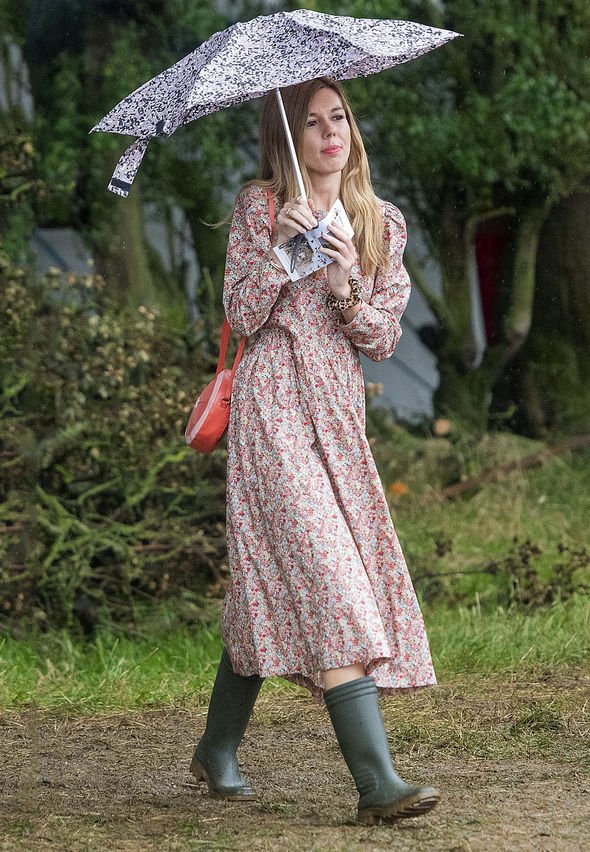 “We make on a continuous basis in batches, which means we don’t carry excess stock, and our prices reflect the quality and costs of producing in the UK, including the fair wages paid to our makers in London.”

An experienced former creative director at fashion retailers Boden and LK Bennett, and in-house designer at Fendi, Jigsaw, Laura Ashley and M&S, Tabak was in her 50s when she launched her own label. She began producing her timeless designs from her kitchen table in north London.

The modest, old-fashioned trend is sweeping the fashion world right now. Similar styles can be found on the High Street, at Zara, H&M, and online at ASOS.

Traditionally, most major brands have not placed green credentials at the top of their agenda – but this is beginning to change.

Last month, Zara’s parent company, Spanish conglomerate Inditex, announced a switch to renewable energy and a commitment that all of its collections would be made from 100 per cent sustainable fabric by 2025.

Uniqlo owner Fast Retailing this week pledged to slash water use by up to 99 per cent from next year in the manufacture of its jeans collection. 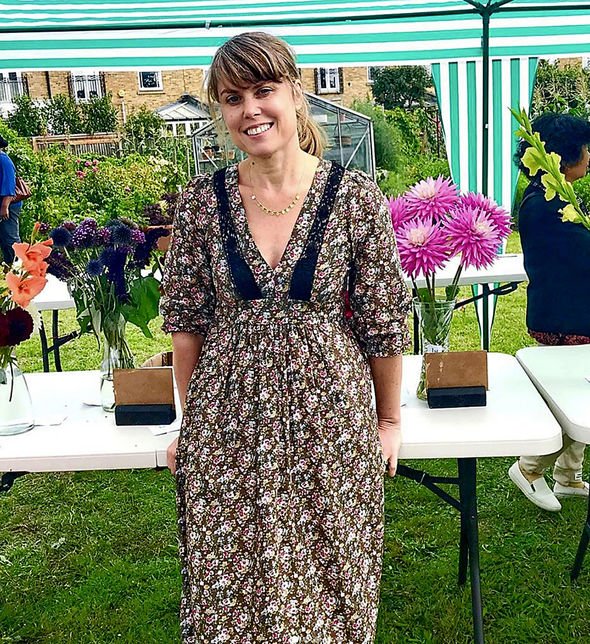 The Take Action programme from Spanish label Mango aims to ensure that half of all cotton used in its garments is sustainably sourced within three years. In the UK, the government-backed Sustainable Clothing Action Plan, has signed up nine large retailers including M&S, Next and ASOS. All have pledged to reduce water use and waste sent to landfill by 15 per cent before 2020.

H&M’s Conscious capsule collection, launched in 2010, uses recycled materials. So far so eco. However, the firm has admitted incinerating more than 60 tons of unsold clothing since 2013.

Consumer pressure has seen the Swedish retail giant launch various green initiatives. It has piloted a free mending service, and has also pledged to use only recycled or sustainably sourced materials by 2030.

However, the current cheap, fast fashion phenomenon has created the perception that clothes are disposable.

This is not helped by the wear-once mentality of some Instagrammers, who take selfies in garments before binning them or returning them to stores – claiming they have never been worn.

In the US, 85 percent of garments are sent to landfill instead of being worn to the end of their useful life, recycled or re-used.

Frighteningly, it has been reported that the fashion industry could account for a quarter of the world’s carbon budget by 2050 if we don’t take action.

This weekend, at the G7 summit in markets Biarritz, global leaders will be joined by representatives of fashion behemoths including Kering (owner of Gucci,Alexander McQueen and Balenciaga), Inditex (Zara, Massimo Dutti and more) and H&M (which also owns Cos, & Other Stories, Arket, Monki and Weekday) to negotiate an international pact to lessen the clothing industry’s huge impact on the health of the planet.

Leading the charge at the luxury end of the market is Stella McCartney, who launched her label in 2001 with the premise that it is possible to produce sustainable, ethical designer collections that do not compromise on style.

This year, the brand also debuted an Our Blue Planet collection – a collaboration with BBC Earth to highlight ocean conservation and the plight of endangered marine life. 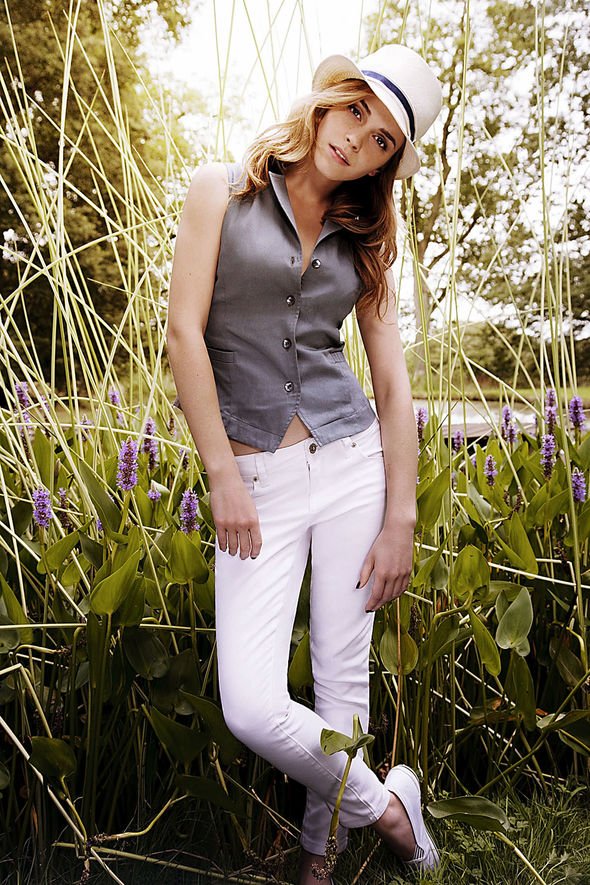 Recycled plastic bottles make up one fifth of the raw materials used in the production of Levi’s WasteLess collection, while Allbirds trainers, fashioned from sustainable merino wool, are the footwear of choice for environmentally conscious consumers.

However, if we really want to take action, rather than buying new perhaps we should take our cue from our grandparents and parents, whose motto was “make do and mend”.

We could also be inspired by the 14 million or so Generation Z shoppers who are trading second-hand clothes and accessories on peer-to-peer fashion re-sale app DePop – a shopping site that combines the ease and reach of eBay with the appeal of online social network Instagram.

After all, one person’s wardrobe reject is another’s style treasure.