We now know for sure what most Westminster watchers have always suspected: Boris Johnson is prepared to move heaven and earth to try to protect his most trusted adviser Dominic Cummings.

Instead of his chief aide falling on his own sword after revelations that he had broken lockdown rules, the prime minister decided this weekend to become Mr Cummings’ own human shield instead.

And it has wounded him and his government – not just politically but in substantive policy terms too.

When it comes to handling the coronavirus crisis, the decision to defend Mr Cummings’ 260-mile trip to Durham to seek childcare support from his family has blunted not just the stay at home message but the wider rules.

Why should the public follow guidelines that those in power do not?

“Trashing” all the lockdown advice in a “few short minutes” is how Professor Stephen Reicher, a member of the government’s advisory group of behavioural science, put it on Sunday night.

Ministers worry that it could mean the R number begins to rise, bringing in turn more cases, more deaths and even a second wave; the economic, social and public health consequences of which are unconscionable.

And in political terms, the prime minister has not only failed to shut down the sorry saga but has also managed to infuriate his own MPs and the public.

One minister told me what they had witnessed at that press conference on Sunday was “the PM’s authority with the British people draining away in front of my very eyes”. 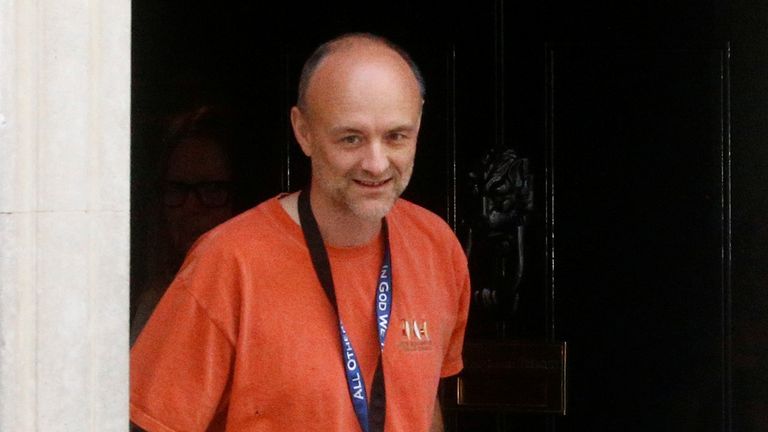 Another MP wrote to me after watching the PM to tell me his inbox was filling up with emails from furious constituents.

“Frankly I feel disgusted on how a Conservative prime minister can treat decent people who have sacrificed so much, with such contempt,” they said.

That the prime minister has chosen to expend vast amounts of his political capital on his adviser is an astonishing turning of tables in a world where it is the aides who fall on their swords for their political masters.

But Mr Johnson has clearly decided that he needs Mr Cummings enough not to take the easy route out by cutting him loose and moving on.

But this is a fight not yet won.

Fifteen Tories have now publicly called for him to go, while behind the scenes there are many more demanding expressing their anger and demanding more answers from the PM via party whips.

Mr Johnson is also losing his base beyond the party: the Daily Mail on Sunday night also turned its guns on the prime minister and called for Mr Cummings to go.

What Number 10 had framed as an attack on it by “campaigning newspapers” is morphing into something else entirely.