Home » Politics » Coronavirus: Tougher rules for Liverpool, Warrington, Hartlepool and Middlesbrough – but one mayor vows to defy them

Tougher coronavirus restrictions are being imposed on four new areas – but one mayor says they are “damaging” and he will not implement them.

Health Secretary Matt Hancock has urged residents in the Liverpool city region, Warrington, Hartlepool and Middlesbrough not to socially mix with those from other households – except in outdoor spaces like parks and outdoor hospitality settings.

And he asked them to avoid “all but essential travel” – meaning people can still go to work and school.

The changes will come into effect from 12:01am on Saturday.

Mr Hancock said the measures are needed because “in some parts of the country, the virus is spreading fast”, with cases shooting up to 268 per 100,000 people in Liverpool. 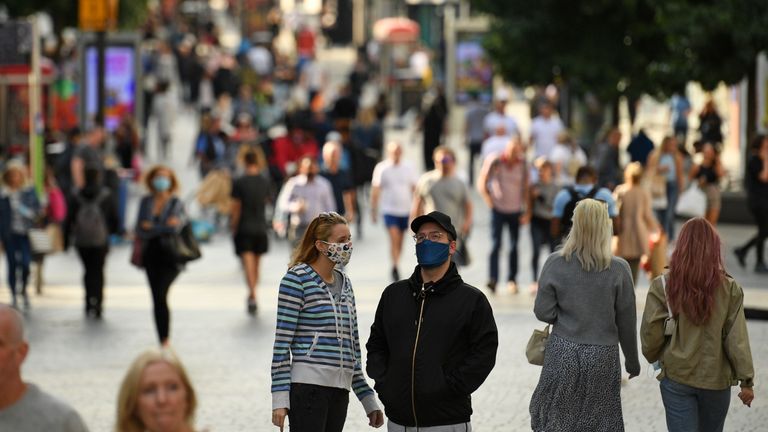 But the second spike in COVID-19 cases is “highly localised”, he claimed, adding recent actions are having a “positive impact”.

“What we’re doing to respond to these awful circumstances is starting to work, so don’t let up,” he said in a Commons statement on Thursday.

“Let’s all of us keep doing our bit and one day, over this virus, we will prevail.”

Steve Rotheram, the metro mayor for the Liverpool City Region, said the measures are a “step in the right direction” but added he was unsure “whether they are enough”.

He called on the government to publish its scientific evidence and provide “substantial” economic support for already-struggling firms. 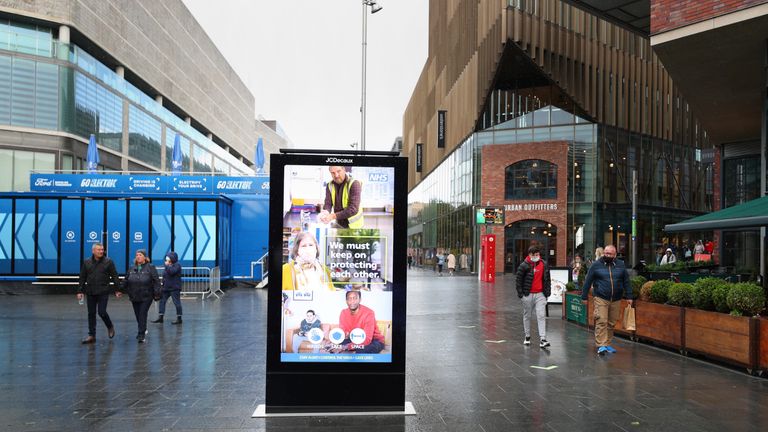 But the restrictions were branded “unacceptable” by Andy Preston, the independent mayor of Middlesbrough.

He told Sky News “we went to the government with fantastic, intelligent, pragmatic proposals” about how to stem the spread of coronavirus, but “we weren’t listened to” and “what’s been put to us now is unacceptable”.

“Obviously if there is a law then I will follow the law and nobody should break the law,” he said.

“But as things stand, I do not accept these proposals – they are unnecessary, they go too far, they’ll damage mental health and they’ll kill viable jobs.” 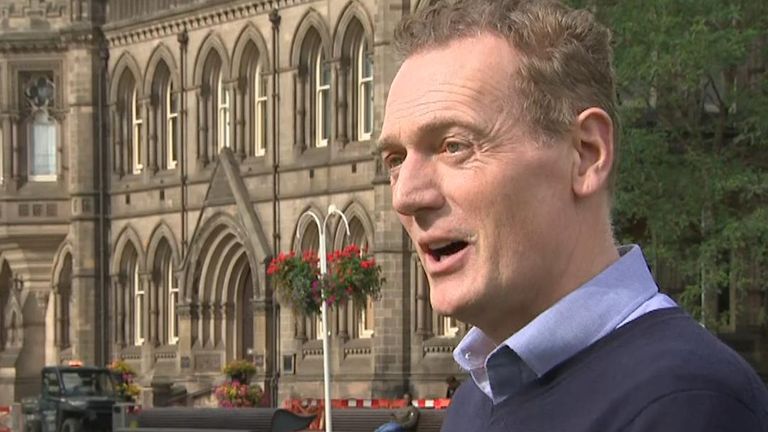 Mr Preston added it was “madness and completely unnecessary” to stop households socially mixing in COVID-secure cafes that would be “pushed out of business”, leading to job losses, under the government’s orders.

“We’re not soft on COVID here, we’re strong on COVID – but we need to find a way of living with it, working with it and saving jobs,” he said.

He said many regions subject to them are seeing cases rise not fall, so asked: “Why are the moles not getting whacked?”

At least 16 million people are now living under some form of enhanced restriction, on top of the national measures in place across the UK.