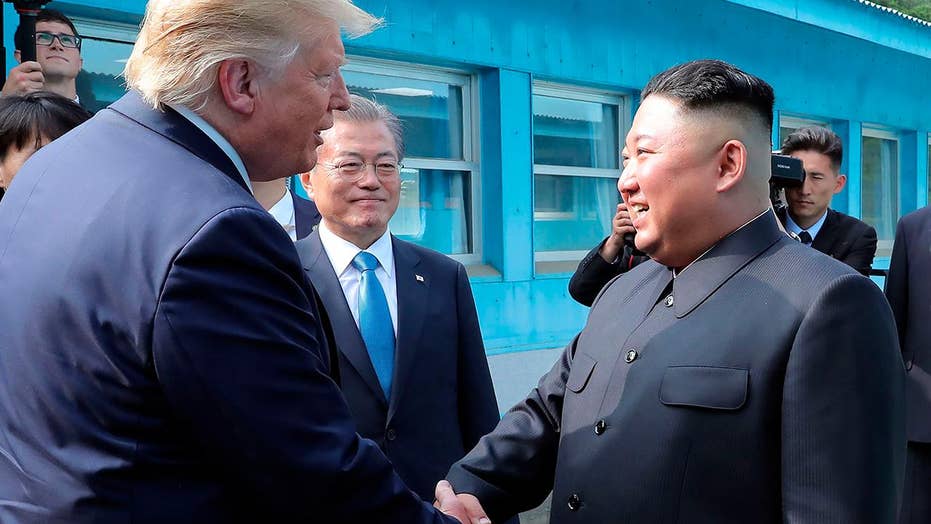 In November 2017, President Trump was forced to cancel planned travel to the Korean denuclearized zone due to fog. The visit, in the wake of the president’s “fire and fury” rhetoric, had been planned to demonstrate the strength and solidarity of the U.S. relationship with South Korea.

Trump is probably now thankful that the visit never took place because a year and a half later, he became the first sitting president to set foot in North Korea under entirely different circumstances. 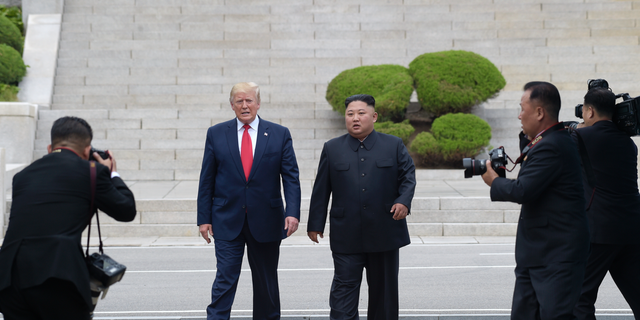 Trump’s visit to the DMZ, said his critics, would further legitimize Kim Jong Un without taking any meaningful steps towards denuclearization in the Korean peninsula.

Trump may have appeared to be operating on a whim and without a script, but he did in fact seemingly have a strategy. And he is banking on North Korea, China, and Russia understanding its finer points.

Russian President Vladimir Putin met with Kim in April, and Kim hosted Chinese Premier Xi Jinping to a state visit in June. Russia and China would like to reduce, if not eliminate altogether, the U.S. military presence in the Korean peninsula.

By meeting with Kim, Trump sought to ensure bilateral relations would not be inflamed in spite of North Korea’s recent short-range missile test and antagonistic statements made by the official media, both which caused great angst in Japan.

While we await further details about what Trump and Kim discussed, we do know there was one clear deliverable, which Trump announced in a hastily convened press conference: negotiations on denuclearization would begin in the coming weeks.

Having walked away from what would have been a bad deal for America in Hanoi, Trump was seeking to use the personal relationship he has built with Kim over the past year to jump-start the denuclearization negotiations, which after two summits have yet to begin in earnest.

During World War II, Prime Minister Winston Churchill said, “If I could have dinner with Stalin once a week, there would be no trouble at all.” Churchill was acutely aware Stalin’s minions would never undertake even the most innocuous task without permission from above. There is, similarly, no chance of engaging Kim’s negotiating team until Kim gives the order.

By showing the commitment to pursuing denuclearization talks, Trump was not only delivering a message to Kim Jong Un but also to Russia and China, whom the U.S. needs to enforce maximum pressure sanctions in order to induce Kim to come to the negotiating table.

Kim’s choice is binary: retain weapons of mass destruction and face crippling sanctions, or relinquish them and build a prosperous economy.

There has been considerable debate about whether Kim would be willing to give up his weapons of mass destruction. But even those who assess with a high degree of confidence that Kim would not eliminate his weapons should agree that we must make every effort to strike a deal.

The door to peace, as Ambassador Bolton has emphasized, is wide open. It’s up to Kim Jong Un whether he would like to walk through it.

If he does not, then it will be clear to Russia, China, and the rest of the U.N. Security Council that Kim had every opportunity to negotiate with a good faith interlocutor but chose not to fulfill the promise he made at Singapore. There would be no other option but to continue or even increase the scope and intensity of sanctions.

Trump’s DMZ meeting framed the debate about whether Kim Jong Un is serious about negotiating. Trump has put the onus on Kim to determine whether the substance of their DMZ meeting will win out over style.

It will take some time before we can make a definitive conclusion, but for now, Trump’s willingness to take some political risk with an unconventional approach appears worth the potential benefit to our national security.