Brexit: SNP's Oswald grilled by host over chances of no deal

Boris Johnson’s post-Brexit trade deal with the European Union has won the backing of the Brexiteer backbenchers, who have said the agreement “preserves the UK’s sovereignty”. A “star chamber” of lawyers – led by senior Tory Sir Bill Cash – was assembled by the European Research Group (ERG) to examine the 1,246-page text of the agreement. They concluded that the agreement “preserves the UK’s sovereignty as a matter of law and fully respects the norms of international sovereign-to-sovereign treaties”.

In a statement, they said: “The “level playing field” clauses go further than in comparable trade agreements, but their impact on the practical exercise of sovereignty is likely to be limited if addressed by a robust government.

“In any event they do not prevent the UK from changing its laws as it sees fit at a risk of tariff countermeasures, and if those were unacceptable the Agreement could be terminated on 12 months’ notice.”

MP for Morley and Outwood Andrea Jenkyns tweeted: “The #ERG officers have recommended that we should support this deal as it respects British Sovereignty. Here’s to a bright future for Post-Brexit Britain.” 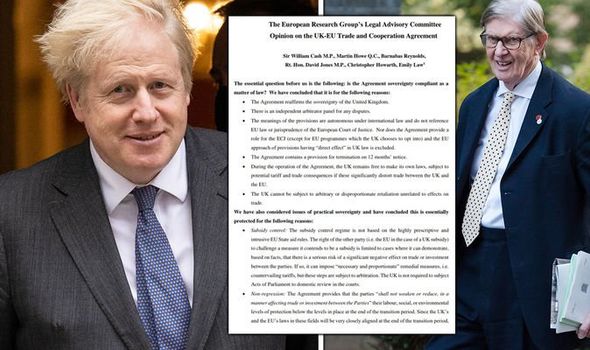 On fisheries, they stated that the agreement “temporarily limits the exercise of the UK’s sovereign rights over its waters that would apply in the absence of the Agreement”.

However, they said that at the end of the fishing transition period the UK “will have the legal right to take full control of its waters” and therefore the “question of practical sovereignty” is “dependent on the preparedness and robustness of the UK Government’s response at that time, which we are confident they will achieve”.

The backing of the ERG will be welcomed by the Prime Minister, who could have faced a rebellion on his backbenches without their support. 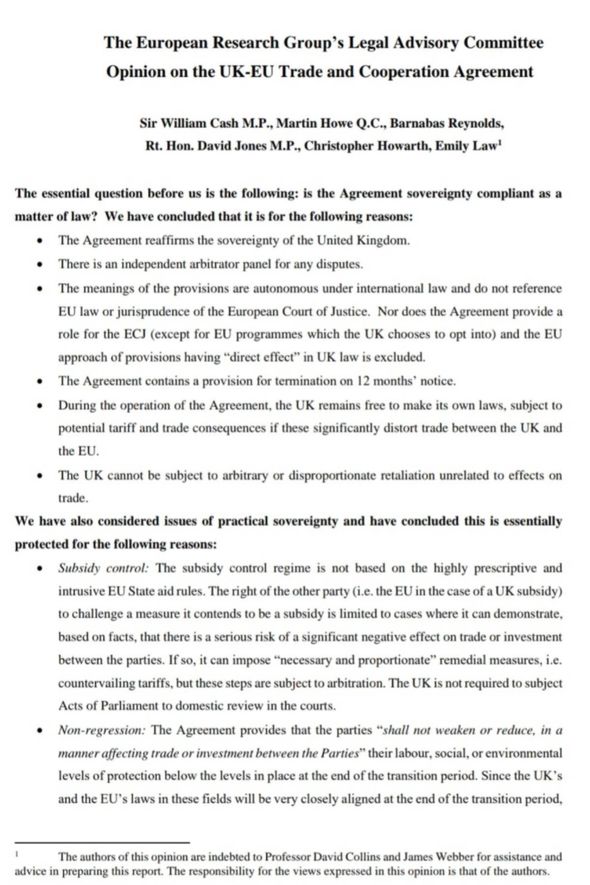 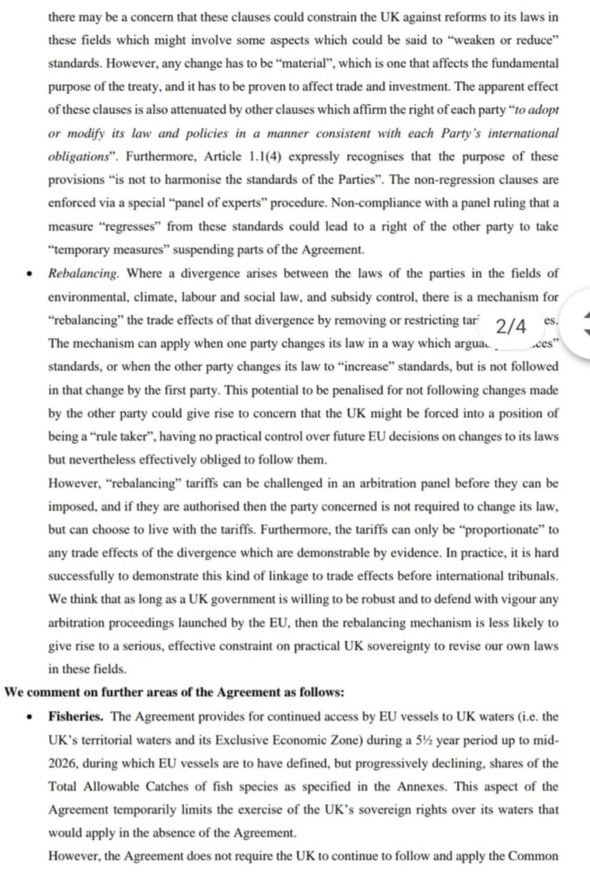 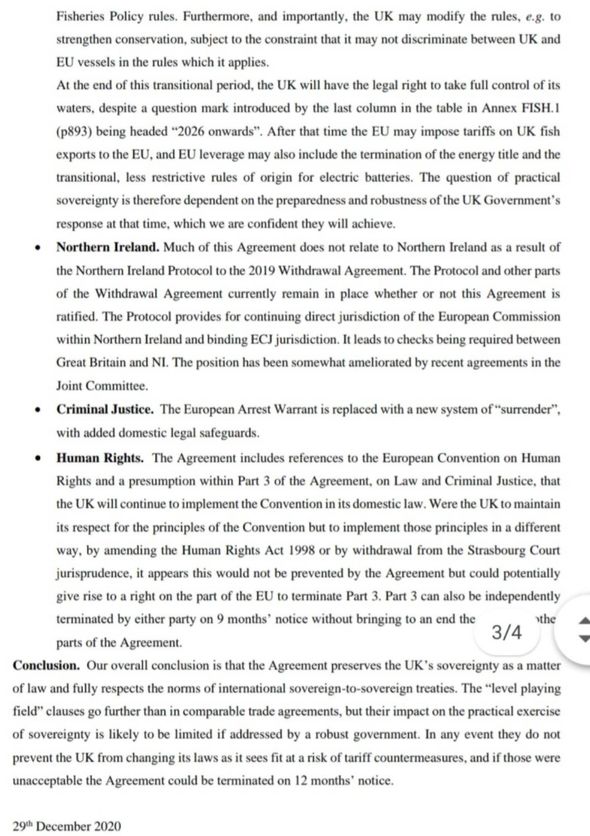