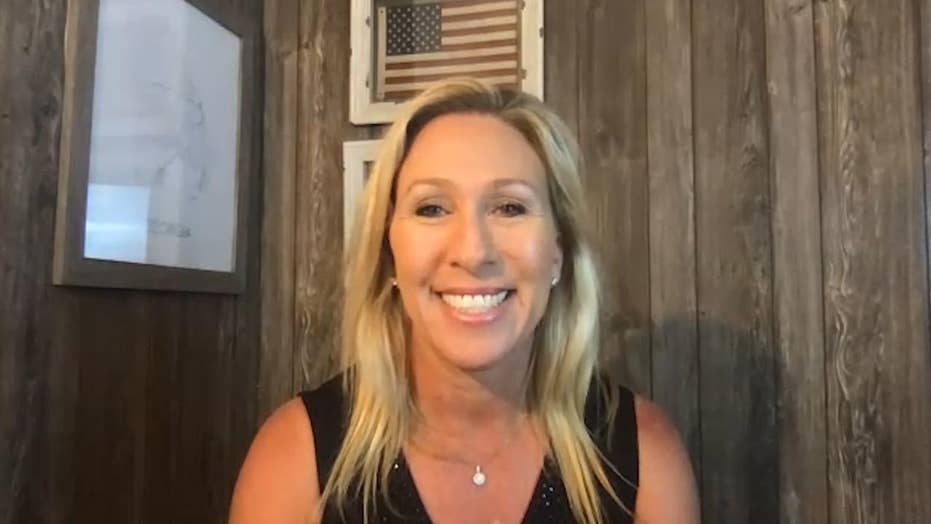 Greene said she didn’t make QAnon part of her campaign for Georgia’s 14th Congressional district because she found ‘misinformation’ with ‘Q.’ Greene won the GOP primary on Aug. 11, 2020.

Georgia Republican Marjorie Greene faced backlash Friday from Democrats and Facebook for posting a picture of herself holding a gun alongside images of the three progressive House members, titled the "Squad's worst nightmare."

McCarthy's office did not immediately respond to a request for comment from Fox News.

Facebook took down Greene's image for violating standards on "violence and incitement."

"We don't allow content that leads to a genuine risk of physical harm or a direct threat to public safety," Facebook said in its explanation to Greene.

Omar said the image already sparked death threats against her.

"Posting a photo with an assault rifle next to the faces of three women of color is not advertising. It’s incitement. There are already death threats in response to this post. Facebook should remove this violent provocation," Omar posted before the company pulled the image.

But Greene, who has run as an anti-socialism, pro-gun and pro-law enforcement Republican, pushed back and decried "big tech censorship."

She noted the gun in the image was pointed downward and not at the House members and said she didn't mean to imply any harm to them. Rather the point was she's a fighter who will take on socialism, Black Lives Matter and Antifa. 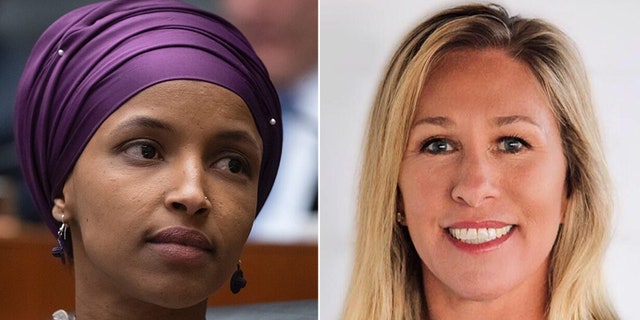 Instead of attacking a meme, Greene said she wants Democrats to denounce the "real" threat of violence in the streets.

"Relax, @IlhanMN," Greene tweeted at Omar. "It’s just a meme. What isn’t a meme is BLM / ANTIFA violence, rioting, and destruction that occurred on Minneapolis streets. While your city was being burned and innocent people of color like David Dorn were killed, you called BLM / ANTIFA peaceful protesters."

Greene also bashed leftists who get worked up about gun rights.

"The fake news media & leftists get triggered and whine about conservative viewpoints," Greene tweeted in response to Facebook's response.

This is not the first time Greene has courted controversy. She's been in the spotlight for her past videos in support of QAnon conspiracies — which she said she's moved on from – and for running campaign ads with guns and explosives. Facebook took down one campaign video that shows her holding an AR-15 rifle and warning Antifa to "stay the hell out of northwest Georgia."

Greene won her primary in Georgia's red 14th congressional district and has gotten support from President Trump, who tweeted that she's a "future Republican star."