Home » Politics » GOP Rep. Adam Kinzinger's relatives accuse him of 'treason' in a letter blasting him for his criticism of Trump 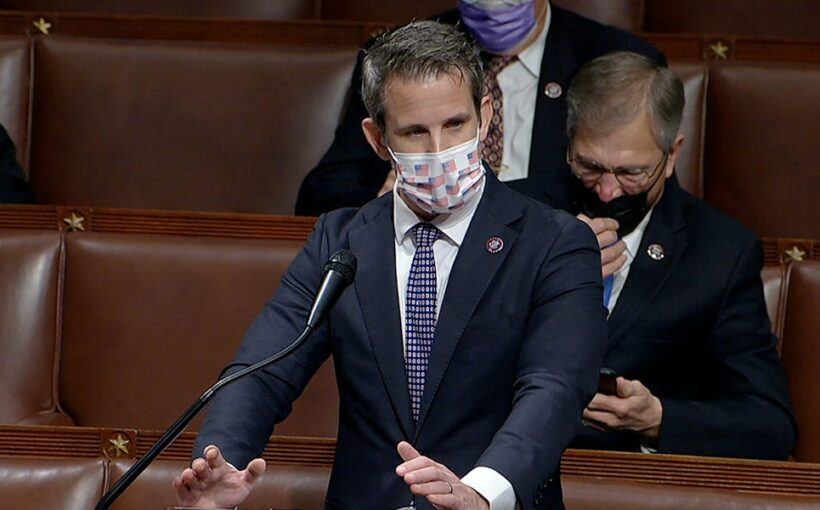 Relatives of GOP Rep. Adam Kinzinger of Illinois sent him a second letter blasting his open criticism of former President Donald Trump, where they suggested that the congressman had committed “treason” as a member of the military and was working with Democratic House Speaker Nancy Pelosi, whom they labeled a “witch/devil.”

The newest letter, dated January 19, was written by Kinzinger’s cousin, Karen Otto, and signed by 1o other family members, who were also the signatories of the first letter that was written on January 8.

In the first letter, which Kinzinger first discussed in an interview with Insider’s Anthony Fisher and was shared with The New York Times earlier this week, the family members accused him of abandoning his “Christian principles” and joining “the devil’s army,” which they referred to as Democrats and the media.

The contents of the second letter were also reported by The Times.

In the latest correspondence, the group’s ire for anti-Trump sentiment remains strong.

“Unfortunately, we felt another letter was warranted to defend our position and our opinion of you!” the second letter began. “We have not disowned you, you have disowned yourself!”

The family members pointedly accused Kinzinger, who joined the Air Force in 2003, of working against the country by questioning Trump.

“As a member of the military, defying and disrespecting your Commander-in-Chief is an act of treason,” they wrote.

One of their biggest congressional targets was Pelosi, whom they derisively referred to as an ally of Kinzinger.

“Perhaps the witch/devil, holding the gavel, will invite you to her house for ice cream!” they added.

The latest letter is part of a continuing saga into the real divisions that conservatives face in the wake of Trump’s loss in the 2020 presidential election, along with the former president’s impeachment, which saw 10 House Republicans, including Kinzinger, support the effort.

On February 13, Trump was acquitted of “incitement of insurrection” in his Senate impeachment trial for his role in the January 6 Capitol riot, but seven Republicans joined 50 Democrats in voting to convict the former president.

The blowback to Kinzinger’s vote has reverberated across the Republican-leaning 16th congressional district anchored in central and northern Illinois, which the congressman has represented since 2013.

Last month, the state’s La Salle County Republican Central Committee censured Kinzinger for his vote to impeach Trump, and the Iroquois County GOP voted to censure him on February 15, according to the Rockford Register Star.

However, Kinzinger is committed to an originalist mantle of conservatism, which he reiterated in a Politico interview last December.

“We have two different directions to go as Republicans,” Kinzinger said. “And I’m on the direction of, let’s get back to our roots and explain what conservatism is, so we can actually win the generation we’re gonna need to stay relevant.”