Home » Politics » Harry Kazianis: China is the new evil empire, and Trump is using Reagan's playbook to defeat it 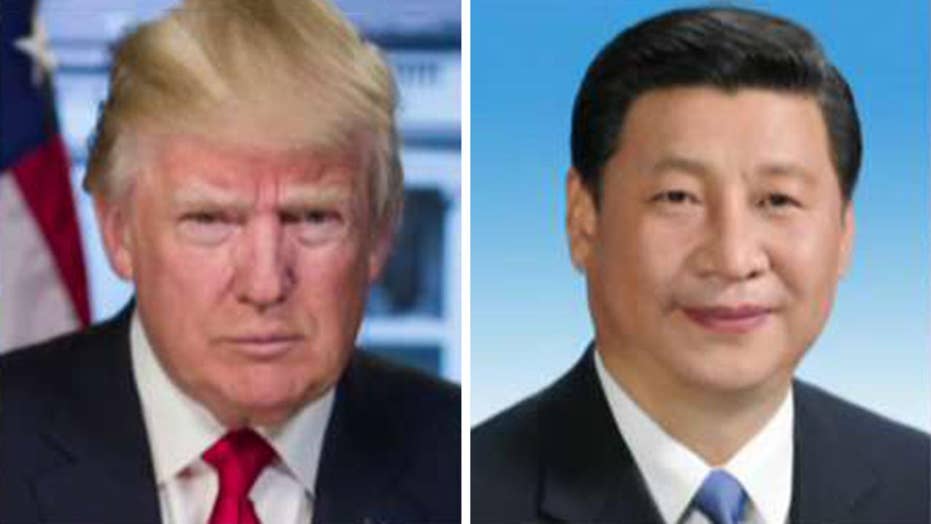 Stocks surge as China and US announce next round of meetings

U.S. officials say the trade talks will most likely be held at the beginning of October; chief White House correspondent John Roberts reports.

The Trump administration, despite constant criticism at home and overseas, has made the right decision in taking on China. And yet, very few pundits and so-called experts understand Trump’s strategy, the stakes involved and how America will implement it.

I can sum up Trump’s China strategy in one word: containment. And considering it brought down Soviet communism for good, Beijing should be shaking in its boots.

But let’s step back for a second. This isn’t your father’s version of containment meant to pull back the iron curtain and deliver freedom to hundreds of millions of people. China is clearly not the land of Gorbachev, and it is not a nation that, while large in size and military might, is economically weak and technologically backward.

No, China is a much more cunning and sinister opponent. An oppressor at home and a bully abroad, Beijing, now at the height of its economic power with a GDP worth more than $12 trillion and a military budget as high as $250 billion, possesses a one-two punch that the old Soviet Union could only dream of possessing. Beijing threatens America’s economic livelihood through mercantilist policies while also building weapons systems designed to attack and destroy our aircraft carriers, cyber infrastructure and more.

The good news is that Trump is clearly borrowing the playbook from a past and beloved American president who took on the “evil empire” of his time and was largely responsible for its demise.

You guessed it: Ronald Reagan.

You shouldn’t be surprised. If you consider how Reagan took on the Soviets and compare it to Trump’s approach on China, the similarities are shocking.

Trump is determined to ensure that no more factories or blue-collar jobs leave for China, a practice that essentially transfers economic wealth to our top geopolitical foe.

Consider the times in which both men inherited the great power challenge in front of them and how both responded. First, just like Reagan, Trump inherited a crumbling U.S. military that was in desperate need of rebuilding thanks to progressive policies that damaged its ability to deter our enemies. Both Trump and Reagan passed large defense budgets focused on taking on their principal rivals, making key investments that were sorely needed to not only stay ahead of the threat curve, but ensure military dominance. And just like Reagan, Trump seeks to ensure that if a conflict were to break out, America would have the tools to fight — and to win.

We also can’t forget the way each man uniquely communicates the dangers posed by the threats of their era — with great impact, done in a way that America’s foes can’t easily rebut. For Reagan, the act of calling Soviet Russia the "evil empire" in 1983, while mocked by dovish liberals, was a simple but effective way of calling Moscow out. It was that simple play on words that gave Russia a label that would stick and made it clear America was on the right side of history.

While Trump hasn’t labeled China the evil empire just yet, his use of Twitter to constantly convey the state of trade negotiations, to call out China’s president — both positively and negatively — or to convey his anger at Beijing is, just like Reagan, using his own unique style of communication to box his opponent in and force it to respond to something it can hardly refute. Unless Chinese President Xi Jinping gets on Twitter to rebut Trump — technically he cannot as Twitter is not allowed in China — China has no effective means to respond. What a shame.

Next, both Reagan and Trump realized that the core foundation of any nation is economic strength, with both doing all they could to ensure that America’s financial foundation is as strong and as vibrant as ever. Both leaders passed tax cuts that led to economic growth and higher wages, while reversing the anti-business and burdensome regulations their predecessors enacted. And while both men share a similar challenge in growing U.S. debt, the Soviet Union was bankrupted by the time the Cold War was over and China faces a staggering total national debt of over 350 percent to GDP when shadowy loans and faulty financial instruments that Beijing works hard to keep off the books are factored in.

But here is where Reagan and Trump diverge — and for good reason. Soviet Russia was not tied into the global economy like Communist China. With Beijing stealing trillions of dollars in U.S. intellectual property, closing off markets and providing illegal subsidies to domestic industries to the tune of hundreds of billions of dollars, Trump confronts an economic juggernaut that Reagan did not.

Thankfully, the administration has made leveling the playing field its mission, slapping hundreds of billions of dollars of potential tariffs on Chinese goods unless Beijing not only abides by its obligations under international law but also stops taking advantage of America’s open markets and consumers. Trump is determined to ensure that no more factories or blue-collar jobs leave for China, a practice that essentially transfers economic wealth to our top geopolitical foe.

And then, perhaps most important of all, were the sacrifices both men knew and expected Americans would have to make in order to win such a struggle. The good news is that both men get the idea that such threats, if left unchecked, will only grow. And in the case of China, nothing could be worse than a rogue state with an economy someday larger than America’s that has the military prowess to defeat Washington both economically and militarily.

Combine that with China’s ability to stifle its own people’s human rights — and sell the technology to do it to other rogue states. America must continue to ensure China’s vision for the 21st century, with a totalitarian Beijing atop the global pecking order, does not come to pass.