Sir Keir said he was “very disappointed” in Mr Corbyn’s reaction, describing it as the “wrong response” adding: “I haven’t spoken to him since.”

He said: “I think he should reflect on what he said.

“I think it’s pretty clear across the Labour movement that most people think he’s completely in the wrong place on this.”

Sir Keir said there was “no need for a civil war” in the Labour Party, adding that “we need to be united, but we also absolutely need to root out anti-Semitism”.

The MP for Holborn and St Pancras told BBC One’s The Andrew Marr Show: “Well I was very clear in my response to the commission (Equality and Human Rights Commission) report on Thursday, which found that the Labour Party had acted unlawfully and there’d been a failure of leadership, that we needed to accept the findings, accept the recommendations and implement them and apologise.

“But I also went on to say that, under my leadership, we will root out anti-Semitism and that those that deny or minimise anti-Semitism in the Labour Party and say it’s just exaggerated or part of a factional fight are part of the problem. 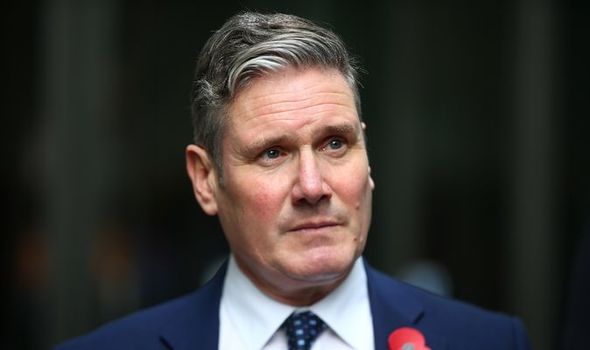 “I was therefore very disappointed in Jeremy’s response where he appeared to suggest it was exaggerated etc, and I’d invite Jeremy just to reflect on what he said on Thursday and think about what he said because I think for most people what they wanted from the Labour Party on Thursday was an honest recognition of the problem and an apology, a line in the sand and a constructive way to move forward, which is what I want for the Labour Party.”

The Equality and Human Rights Commission found that the party broke equality law when Mr Corbyn was in charge, but he refused to fully accept the watchdog’s findings and said anti-Semitism had been “dramatically overstated for political reasons”.

Len McCluskey, the boss of the Unite union, a major financial backer for Labour, warned Mr Corbyn’s suspension was an “act of grave injustice” that could cause a split and doom the party to defeat.

Sir Keir said: “There is no need for a civil war in the Labour Party.

“I stood on a platform to unite the party and I’m determined to do that, but I also made a solemn pledge that we would root out anti-Semitism and I’m not going to shirk from difficult decisions in rooting out anti-Semitism.”

He added: “What happened on Thursday was not what I wanted to happen.

“I wanted us to be able constructively to move forward… So there’s no need for a civil war in the Labour Party, we need to be united, but we also absolutely need to root out anti-Semitism.”

Sir Keir went on: “Anti-Semitism came up in the shadow cabinet and I challenged what was going on, on a number of fronts.”

Mr Corbyn issued a statement to accuse the media and his political opponents of having overstated the scale of the problem and say “I do not accept all” of the EHRC findings.

The EHRC concluded the party was responsible for unlawful acts of harassment and discrimination and found evidence of “political interference” in the complaints process by Mr Corbyn’s office.

The former leader has said he will “strongly contest” the decision to suspend him pending an investigation, which also meant the Islington North MP had the Labour whip removed in Parliament.