Home » Politics » Linda McMahon on possible Trump-Bernie matchup: 'I would love to see that' 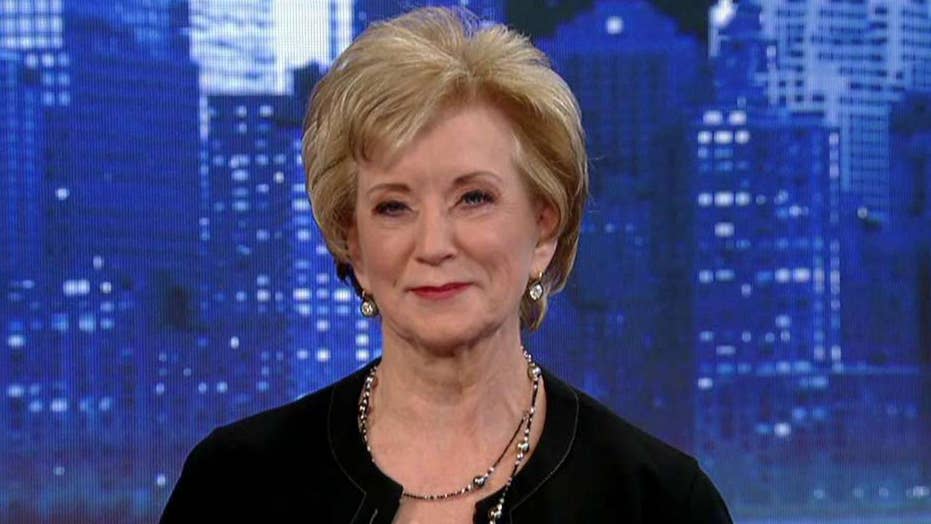 The former head of the Small Business Association, Linda McMahon, said Monday that for the economy to continue to grow President Trump must be reelected.

"We need to re-elect President Donald Trump because he put all of these policies in place. I mean, do we really want to stop this economy and the growth that is going?" McMahon said on "The Story with Martha MacCallum."

McMahon, who last month left the administration, is the chair of the pro-Trump America First Action PAC.

"I'm just a very practical, common sense person, when I'm out looking across the country and I see the positive impact that the president's policies have had, I'm going 'why do we want the stop this?" McMahon added saying she was 100 percent behind the president.

"I would love to see that," McMahon said.

"Because I really do believe Americans, and polls show, that most Americans do believe in capitalism and not socialism. It's where our country has been founded on, what made our country so successful."

McMahon also touted Trump's vision for America and the economy.

"I think the president certainly touts that experience as an entrepreneur who built a business and has watched the economy grow here as being president. He's known what to do. He's been a bit disruptive doing it and I think that's why he was elected, " McMahon told Henry.