The Postal Service’s performance has not been as bad as initially feared, but handling of mail ballots has been inconsistent enough that some people are choosing to vote in person. 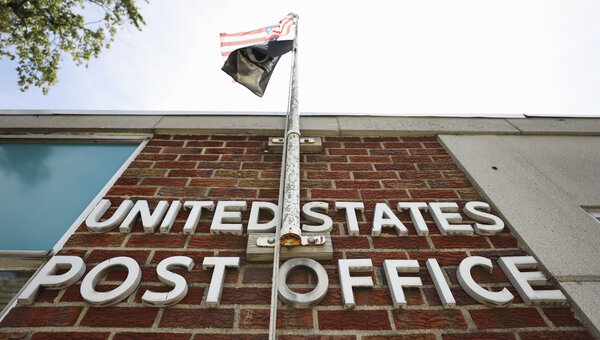 By Luke Broadwater and Hailey Fuchs

WASHINGTON — She waited and waited for her mail-in ballot to arrive until — finally, maddeningly — she could wait no more.

So this weekend, 25 days after election officials in Ohio say they mailed an absentee ballot that never arrived, Laura Ruch, 30, will leave her medical fellowship in Atlanta, board a plane against her better judgment and fly home to vote in person amid a pandemic.

“It’s really frustrating,” said Ms. Ruch, who has called and emailed election officials repeatedly without receiving satisfying answers about what happened to her ballot. “If this is happening to me, it’s probably happening to lots of people.”

In the final week of voting in the 2020 campaign, the worst fears about the Postal Service’s ability to handle the crush of election-season mail have not materialized, according to interviews this week with secretaries of state in battleground jurisdictions and election experts.

“Generally speaking, we’re pleased with the service,” said Steve Simon, a Democrat who is the secretary of state in Minnesota, where he expects as many as 40 percent of voters to cast ballots by mail.

But the Postal Service’s record in getting mail-in ballots to voters and then returning them to election authorities on time remains spotty and inconsistent enough to generate continuing concern and to leave some voters anxious and looking for last-minute ways to assure their votes will be counted.

Figures reported by the service in court filings show that the nationwide figure for on-time delivery of mail ballots has bounced around this week, from 89 percent on Tuesday to 97 percent on Wednesday, amid wide variations in individual regions. The agency, which has cautioned against reading too much into daily fluctuations in performance, has designated election mail as its highest priority and defines on time as being delivered within one to three days.

J. Remy Green, a lawyer who represents 17 mail-in voters in a lawsuit filed in federal court in New York, said that the Postal Service was performing much better than its low point this summer, but that figures showing more than 10 percent of ballots on a given day not being sorted in a timely way this week remained troublesome.

“In that regard, 89 percent is quite shocking,” Mx. Green said. “You knew these were ballots and you only got them in 89 percent of the time? That’s wild.”

Questions about whether mailed ballots will be received in time to be counted remain a flash point in the election and the subject of litigation that has repeatedly reached the Supreme Court this week. In the last several days, the justices have ruled that Wisconsin cannot extend its deadline for receiving absentee ballots but left in place for now Pennsylvania’s plan to allow an extra three days for ballots to come in and said North Carolina could provide up to nine extra days.