(Reuters) – Louisiana Governor John Bel Edwards, a conservative Democrat who supports gun rights and opposes abortion, is fighting for a second term in a conservative-leaning state, with President Donald Trump set to rally with the leading Republican contenders ahead of Saturday’s vote. 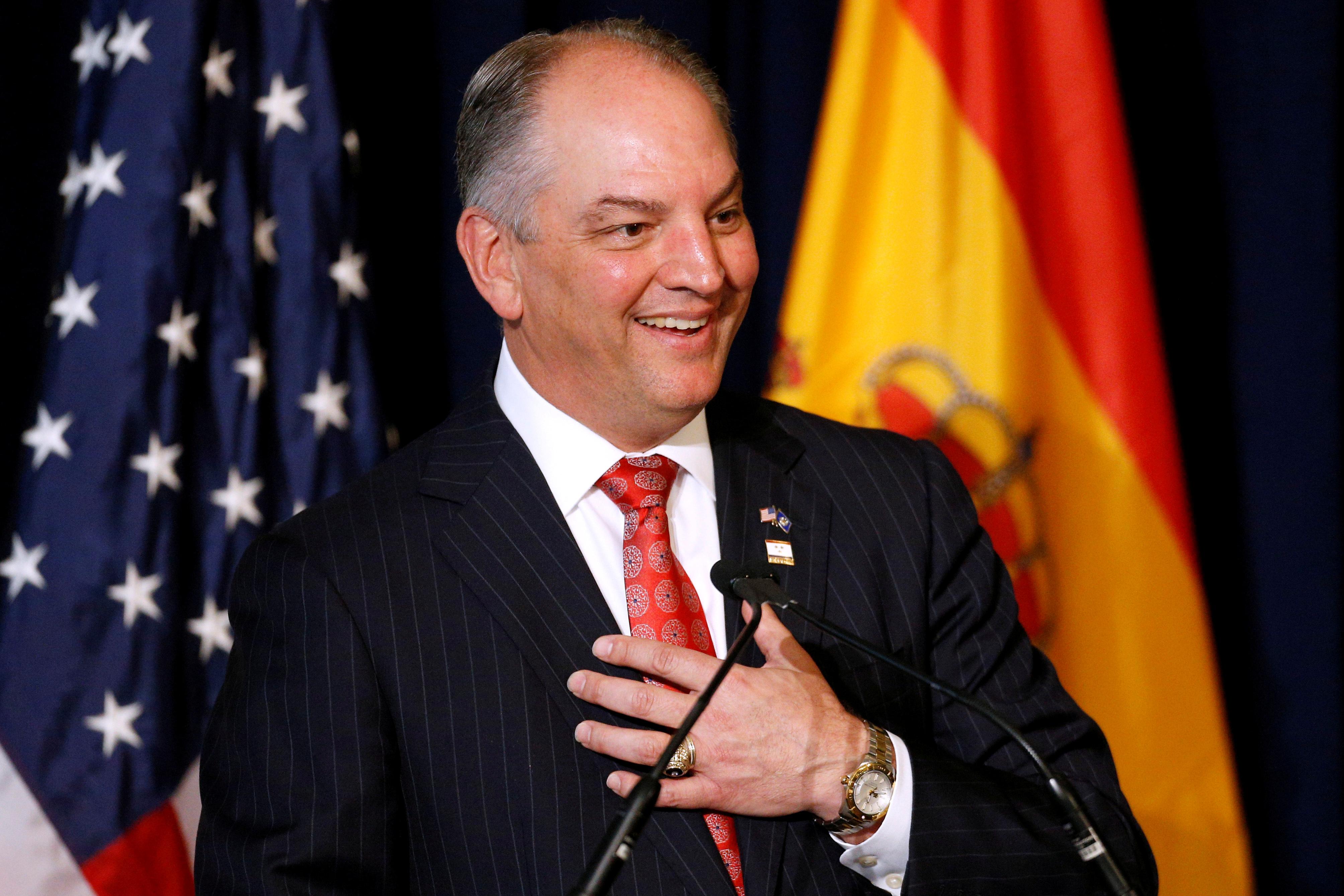 Edwards is the only Democratic governor of a Deep South state. Trump, seeking to end that anomaly, is asking voters to choose either Eddie Rispone, a businessman, or U.S. Representative Ralph Abraham. On Friday, Trump will appear with both men for a rally in Lake Charles.

“Keep Democrat Governor Edwards under 50%, force a runoff, and have a great new Republican Governor!” Trump wrote this week on Twitter.

Louisiana has an unusual primary election system in which all candidates appear on the same ballot, regardless of party affiliation. If no candidate wins an outright majority in Saturday’s vote, a run-off election between the top two will be held on Nov. 16.

Edwards was a U.S. Army captain and a lawyer before being elected to the Louisiana House of Representatives in 2008. He became governor after winning 56 percent of the vote against David Vitter, a Republican, in 2015.

While Democrats in the state were energized back then at the thought of reclaiming the governorship, their affection may dimmed when Edwards signed one of the most restrictive abortion laws in the country earlier this year. An observant Roman Catholic, Edwards made it illegal to abort a pregnancy after 15 weeks.

“Governor Jon Bel Edwards is one of the most conservative governors in the South despite having the label ‘Democrat’ behind his name,” Christie Maloyed, an associate professor of political science at the University of Louisiana at Lafayette, said in a telephone interview. The abortion law might mean registered Democrats are less likely to turn out for Saturday’s first round of voting, she said.

Rispone is little-known entrepreneur who founded a construction company and describes himself to voters as a “conservative outsider.”

Abraham worked as a veterinarian and then as a family doctor before being elected to represent Louisiana in the U.S. House of Representatives in 2014.

Both Rispone and Abraham have touted their kinship with Trump and have appeared at rallies with Trump’s son Donald Trump Jr., and his vice president, Mike Pence, in recent days.