President-elect Joe Biden is not the only one waiting for a smooth transition of power.

Michelle Fischbach, the GOP congresswoman-elect for Minnesota's 7th Congressional District, said she's heard nothing from Rep. Collin Peterson, D-Minn., since she beat the powerful chairman of the House Agriculture Committee on Nov. 3.

"He's never called," Fischbach, the former lieutenant governor of Minnesota, told Fox News Thursday of the typical phone call the losing politician makes to an opponent. "I was just surprised that he decided not to call because he's had a couple of weeks now."

Aside from being classy, a concession call has some practical purposes. Congressional offices specialize in helping constituents navigate problems with the federal government, such as obtaining Social Security and veterans benefits or assisting in an immigration issue.

In a successful transition, outgoing staff would work with the incoming office on the legal process of transferring casework files so constituents wouldn't have to start over again. By establishing the new point of contact, constituents wouldn't be surprised when their congressional caseworker suddenly has an inactive email in January.

"It's unfortunate," Fischbach said Thursday morning of the silence from Peterson. "I hope those folks know to give us a call and that we're able to help them. … I don't know how many case files there would be, but those folks are going to be hanging out there not really knowing what to do."

Fischbach's chief of staff David FitzSimmons called the snub a "disservice to the district." 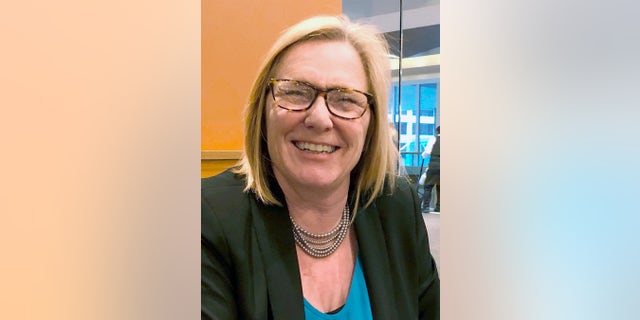 Fox News reached out to Peterson's office Thursday afternoon on whether he'd call Fischbach and authorize his staff to work with hers on transferring casework. The inquiry appears to have sparked communication for the first time — at least on the staff level.

A Peterson spokesperson said she would look into the congressman's outreach to Fischbach, but in the meantime, she expressed confidence that constituents would be served.

"Congressman Peterson's staff is outstanding at casework and there would not be any occasion where we would leave somebody twisting in the wind," Sue Dieter, a spokeswoman for Peterson, said.

By Thursday night, Peterson's office made contact with Fischbach's team for the first time. FitzSimmons said he heard from Peterson's chief of staff who offered to help with a smooth transition.

"We are thankful to Congressman Peterson's office for reaching out to work with us to make sure we best serve the people of Western Minnesota into the future," FitzSimmons said late Thursday.

Peterson, a 76-year-old moderate Democrat representing a conservative rural district for 30 years, has long been a target for Republicans to defeat. It took Fischbach getting into the race to topple the powerful chairman who was so influential with the agriculture community, he earned the nickname the "godfather of sugar."

Fischbach, a President Trump-backed conservative, already made history by becoming the first woman to be president of the Minnesota Senate, where she served for 22 years.

"At the time, you never think you're breaking walls, you're just moving forward," Fischbach, 55, said of the trailblazing feat.

"They say that Democrats are the party of the women," Fischbach said. "But it's actually the Republicans because they allow women to do the work and succeed on their own instead of the kind of the fake building women up that the Democrats do."

Fischbach has been in Washington D.C. for congressional orientation where she's learning how to set up an office, hire staff and serve her constituents. She said it was impossible to connect with Peterson in his Washington office because the veteran lawmaker stayed home and authorized another Minnesotan to proxy vote for him on the House floor.

"He's not even coming for votes now," Fischbach said. 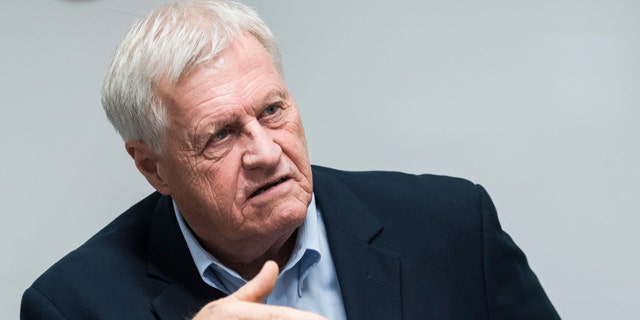 Defeated members of congress are currently going through the hard process of clearing out their Capitol Hill offices. Peterson's exit is especially noteworthy because they are packing up 30 years' worth of stuff that must be moved out by Monday.

Other freshman Republicans who defeated Democratic incumbents in contentious races have had gracious concessions and help to get their offices up and running.

Meanwhile, down the street at the White House, the Trump Administration is blocking Biden from starting any formal process of information sharing. The former vice president is shut out of transition briefings on national security, the coronavirus response and vaccine plans. “More people may die if we don’t coordinate,” Biden said Monday.

Although Fischbach understands firsthand the risks of a non-cooperative transfer of power, she did not cast aspersions on Trump's behavior. The difference is that Trump is disputing the result of the election, whereas Peterson is not, she said.

"I'm still hopeful that he [Trump] will win because I think that there's a lot of things going on with the election right now that are of concern," Fischbach said.

As for the Trump administration failing to work with the Biden team during the legal challenges, Fischbach said: "My understanding from what the president's office is saying is that they are doing everything that they are legally obligated to do."